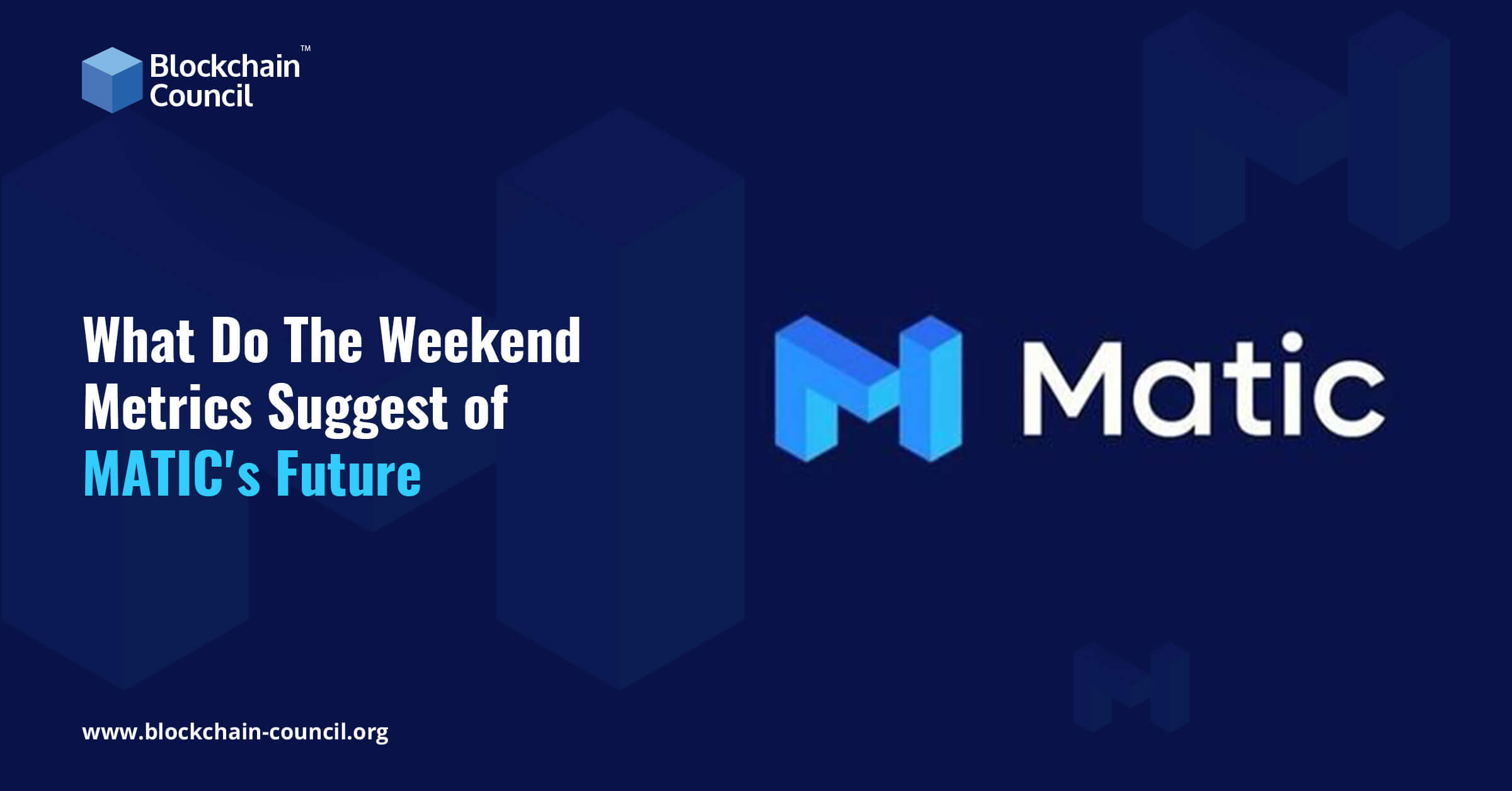 All eyes were on the popular Altcoin MATIC throughout the last week when it successfully breached above its resistance point of $1.20 after clocking in a record 30 percent hike in the course of the week. However, the MATIC token holders were later shocked to find out that the token had dropped suddenly by almost 5 percent at the time of press and later went to trade at $1.4.

Recently, Polygon network has announced the first-ever token merger between the cryptocurrencies MATIC and HEX as Polygon has recently acquired the Hermez Network. It was expected that the news of the merger would eventually bear positive results in the form of greater response from the users, it did not quite work out the way they had expected it to. It is true that the 30 percent increase within a span of one week was really impressive, but the 5 percent drop that happened suddenly was not expected, especially at this point.

The Metrics are pointing towards a slower weekend

The 30 day MVRV for the altcoin had reached its zenith in the past few months on the 13th of August this year and then went for a slight downturn. But even then, the prices were clearly on track of recovering on the one hour chart of MATIC. At the time when this analysis was being reported, MATIC was actually projecting a host of metrics which were really interesting and exciting, to say the least. The slight down trend which was recorded during the analysis of the MVRV of MATIC was accompanied by an astonishing fact, that the social volume level of the crypto was recording at an all time high during the observation. This was perplexing to the experts.

The experts were observing the news regarding the event of the merger of the tokens which were expected to have considerable impact on the user activities. So this hile was more or less expected of the experts but at the same time,it was also noted that even though the hype was catching on with the people, it was not having the impact as it was expected to have on the price.

On top of that, experts could analyze that there were massive amounts of inflow taking place from the altcoin that were indicative of huge amounts of deposits for exchange being made. Through these observations, the analysts have come to an understanding that, in general when there are no recordings of a preceding outflow of a considerably large amount, which was observed in the case of MATIC, large inflow and spikes in that inflow generally refer to or even lead to instances of price corrections.

Experts assumed from the observation that perhaps MATIC is gearing for a similar price correction event, but the slight but sudden price recovery during the press time indicates other possibilities and not in particular any price correction whatsoever. That being said, another really positive and notable thing according to the analysts, is that MATIC at present proudly boasts of a considerable and decent number of addresses which are active and on the use. This is by far, a really good sign. They mentioned that if in case, the active numbers had dropped by any chance, it would have been a clear indication that the altcoin is in for a bearish trend from now on. But luckily enough, that is however, not the case. The initial signs are pretty much positive for now and nobody, including the experts, are not hoping for a bearish or a downward trend for MATIC anytime soon.

In addition to this, the age of the altcoin that was consumed, had witnessed a growing peak as well, as MATIC has surprisingly done pretty well to reach a local top price point of $1.52. Some experts are of the opinion that this could have been an indication of dormant cryptocurrencies that were on the move with the intention of pushing their market prices further upwards. But however, the same tendencies were not noticed once again when the prices started falling down.

The experts do believe that the price trajectory for MATIC has been on the positive side so far, even though the cryptocurrency had gone through a few really minor corrections during the rally in the month of August. While exchange inflows are one of the most notable metrics, and in the case of MATIC, has projected a correction in prices, it cannot be said with certainty yet, that whether this correction, if it takes place, will either be a major one or a minor one. At the time when this was reported, the scales were in favor of corrections that are supposedly going to be minor in nature.