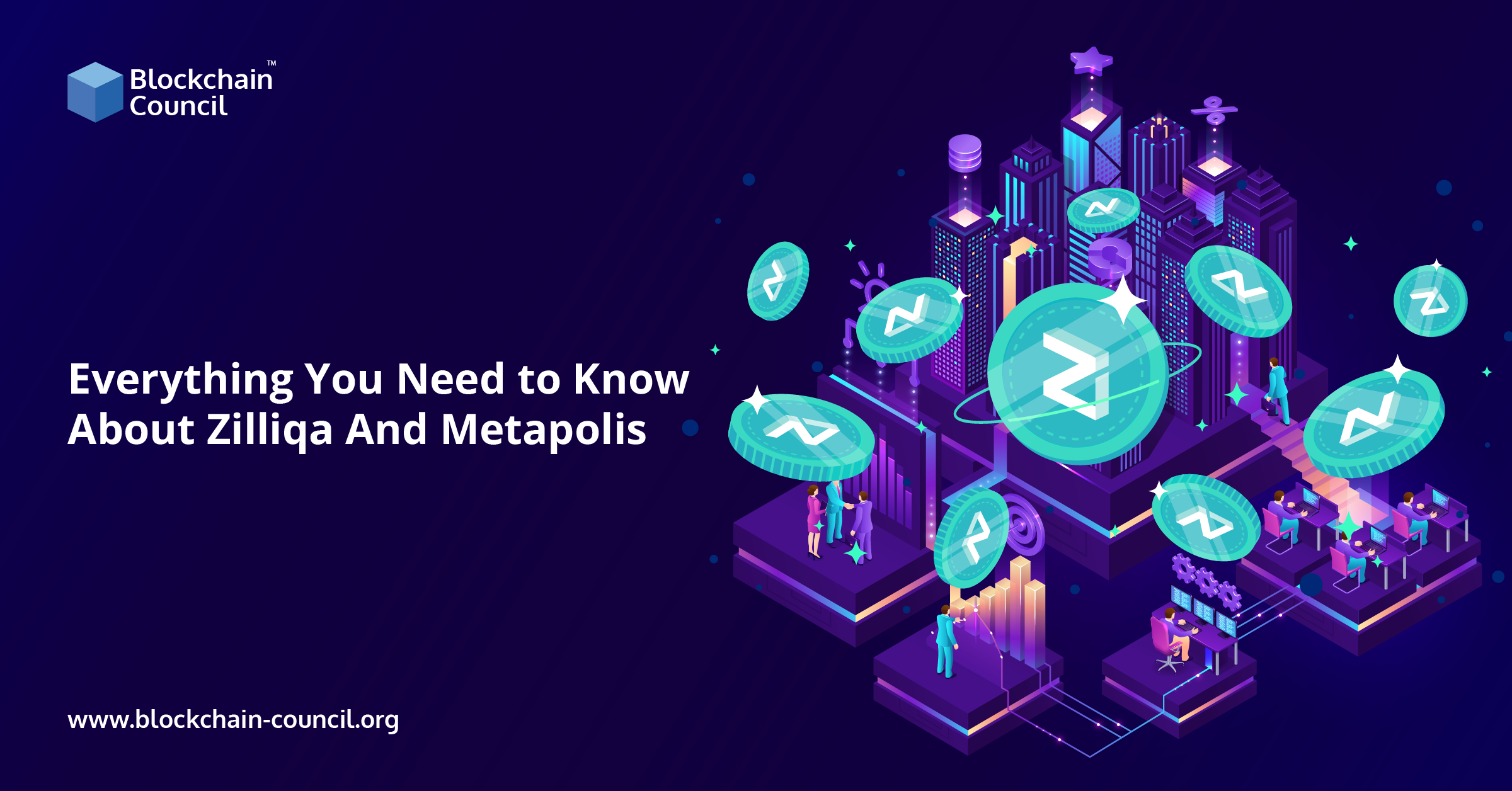 Digital payment gateways and digital currencies have surrounded us for a long time. The rate at which their applications in everyday life are expanding is something that no one could have predicted. Undoubtedly the cryptocurrency business is one of the primary contributors to this enormous success.

The crypto industry has been extremely successful in attracting potential investors from all over the world, as well as establishing a brand for itself in the worldwide marketplace. As a result, the industry has recently experienced a boost in its general expansion and appeal, thus reaching new heights!

By now, most of us are already aware that cryptocurrency is a blockchain-based platform recognized as decentralized at its core. Because the crypto world is decentralized, it may easily function outside of the general authority and jurisdiction of central authorities, allowing it to exist without undue government interference.

The Zilliqa ecosystem bills itself as a software solution that encourages PCs and other suitable devices all around the world to join its blockchain network. Furthermore, the network provides greater scalability thanks to sharding, which allows transactions to process in parallel. Sharding divides the Zilliqa infrastructure into smaller components that can communicate with one another. Amrit Kumar and Xinshu Don, researchers at the National University of Singapore, founded the Zilliqa project in June 2017. Zilliqa’s mainnet launched in January 2019. Furthermore, in 2017, the team held an Initial Coin Offering (ICO) for the $ZIL coin, raising approximately $22 million in Ether.
Zilliqa, like other well-known builder-oriented networks, offers smart contracts, transaction resolution, token issuance, and other services. Scilla is a proprietary programming language used by the network.

How does Zilliqa function?

To increase the number of transactions verified per second, Zilliqa employs sharding. Furthermore, the blockchain employs a novel consensus algorithm. Below, we’ll go through these principles in further depth.

Independent nodes can share the same ‘truth’ thanks to the blockchain consensus process. To put it another way, all of the accounts on the blockchain should have identical balances and transaction histories.

Consensus can take many different forms, but they all function by making it difficult or expensive for a single node (or a small group of nodes) to trick the rest of the network into accepting fraudulent transactions. Without the necessity for a central authority, consensus permits all parties to preserve good behavior. The consensus process used by Zilliqa is unique in that it mixes proof-of-work (PoW) with Practical Byzantine Fault Tolerance (PBFT).

PoW makes it difficult to fool other nodes since it would take a lot of processing time. If the new record (block) is the first one submitted, it is merely appended.

A block reward in ZIL is awarded to the first node to propose a new block successfully. Because all nodes must unanimously agree on the integrity of the new block before it can be added, pBFT makes it impossible to deceive other nodes.

The only method to add bogus transactions would be to control all nodes at the same time. Each node that participated in the unanimous decision receives a modest portion of the block reward. PoW and pBFT, according to the Zilliqa team, establish a safe technique that enables mining with lower-cost computation. Because of the pBFT component, having the fastest computer isn’t the only criterion for receiving a prize.

A blockchain is a digital ledger that records the balances and transactions of a group of accounts. This record is shared by several separate computers (called as nodes), all of which must agree on the precise facts. Then, before adding a new transaction to their copy of the record, each node checks to verify if it is fraudulent. This record may be broken down into smaller, simpler sections that are easier (and hence faster) to contribute to. A shard is a tiny portion of the main record.

Shards allow the balances and transaction data to be effectively available to the whole network while avoiding the need for each node to keep its own big copy of the complete record. Instead, the nodes are exclusively responsible for the shard to which they have been assigned.

In Zilliqa, there is no central coordinator. Instead, the network is made up of code and digital money. Because there is no authority organization to carry out these activities, users never have to worry about their transactions being canceled, stopped, or their cash being taken. In this approach, Zilliqa offers a decentralized market option to normal consumers.

Transaction fees on Zilliqa are much lower than on PoW networks like Bitcoin. Zilliqa transactions are a fraction of the cost of rivals because the network avoids all of the congestion that drives up gas costs and miner fees on other blockchains. Micro-payments are also possible on the platform, thanks to the minimal costs.

Zilliqa’s structure also aids in its security. Since its introduction to the market, the network has never been successfully hacked. Developers may confidently construct innovative Dapps because of the blockchain’s sharded structure and enterprise-grade security features. Sharded blockchains aren’t a new concept in the industry. Zilliqa, on the other hand, is one of the first public blockchains to do so.

The Zilliqa team recently announced their ambitions to launch Metapolis. It is a virtual environment where premium brands and businesses may develop digital goods and economies using blockchain-based solutions. Brands and businesses may use non-fungible tokens (NFTs) to reach a worldwide audience and provide people with actual ownership of digital products.

Metapolis’s ability to operate as a Metaverse-as-a-Service (MaaS) solution is fascinating. On April 2, 2022, the platform made its premiere during the Bitcoin 2022 conference in Miami. Metapolis is a cutting-edge extended reality Metaverse technology that combines augmented and virtual reality components. The Metapolis concept is powered by Zilliqa’s scalable metaverse blockchain.

Furthermore, the Metapolis environment is created with the Unreal Engine, a sophisticated gaming engine that allows for the creation of real-time 3D images and immersive experiences. It’s also made with Unity, the most popular cross-platform game creation tool, and Nvidia Omniverse. Metapolis will be able to give hyper-realistic images as well as the capacity for visitors to engage in social activities, gamification, and e-commerce thanks to these modern technologies. Luxury businesses and eSports organizations aiming to grow their internet presence may find this method interesting.

Metapolis will essentially be a sandbox environment where anybody may develop virtual worlds and universes. In addition, smaller participants – brands, corporations, and individual artists — may now make use of metaverse technology thanks to solutions like these, which eliminate the high-fee entrance hurdle.
Who are the potential investors of Metapolis?

Metapolis concept may appeal to a wide range of brands, businesses, and organizations. A large-scale metaverse-as-a-service solution, on the other hand, will require significant launch partners to gain traction. The team claims to have secured $2 million in pre-launch income from a number of customers, including Swedish eSports franchise Ninjas in Pyjamas, Indonesia’s RRQ, and MAD Lions of Spain.

In addition, Zilliqa has partnered with Agora, a worldwide talent awards platform, to enable users to gain international support, visibility, and recognition. It’s focused on users uploading photos based on weekly themes or hashtags. Agora, on the other hand, can handle video, audio, and non-fungible tokens, making it a good fit for Zilliqa and Metapolis.

Continued strong connections and collaborations between Zilliqa and Metapolis will be critical. It’s attractive to imagine a future where the user experience is more wealthy, engaging, and participatory, but it will only succeed if there is enough broad support and awareness. In the metaverse, creators will be crucial. But, to join and add value to the metaverse, they’ll require the requisite infrastructure.

The Zilliqa team hinted at how users might get into the Metapolis ecosystem in a typical and easy way. Making the metaverse more accessible necessitates a simple onboarding procedure devoid of extraneous frills. The current goal is to allow people to access Metapolis via social networking sites and other customized handles. This method assures that anybody may use the virtual environment without having to download additional software or register for new services.

Metapolis will also combine social media, mobile, and online, resulting in a unified user experience across all platforms. API integrations will also be available to improve the customized nature of the Metapolis universe.
A user can obtain a completely customizable NFT Avatar after they join Metapolis. These avatars are utilized to do tasks and engage in activities such as attending events, concerts, and fashion displays, traveling between cities and domes, seeing galleries and showrooms, and more.

Zilliqa continues to demonstrate its superior skills to the market. The network’s mix of functionality, scalability, and programmability appeals to users. In the following weeks, more Dapps are anticipated to appear on this platform since it provides a viable answer to Ethereum’s difficulties. For these reasons, Zilliqa appears to be well-positioned for expansion.

It’s fascinating to see Zilliqa’s technology being used to create a metaverse-as-a-service. It’s the first time a Layer-1 network has created such a system on its own infrastructure. It’ll be a great test to see if Zilliqa’s chain can withstand the pressure and if their sharding method can support a possibly global virtual environment. To get into the wider spectrum of the metaverse, you can probably start by learning the metaverse. Blockchain Council’s extensive and according to the industry standards metaverse courses can be the right choice for you. You can just enroll in a course that best meets your criteria and begin your metaverse journey!

What is Autoglyphs NFT? Explained
Scroll to top