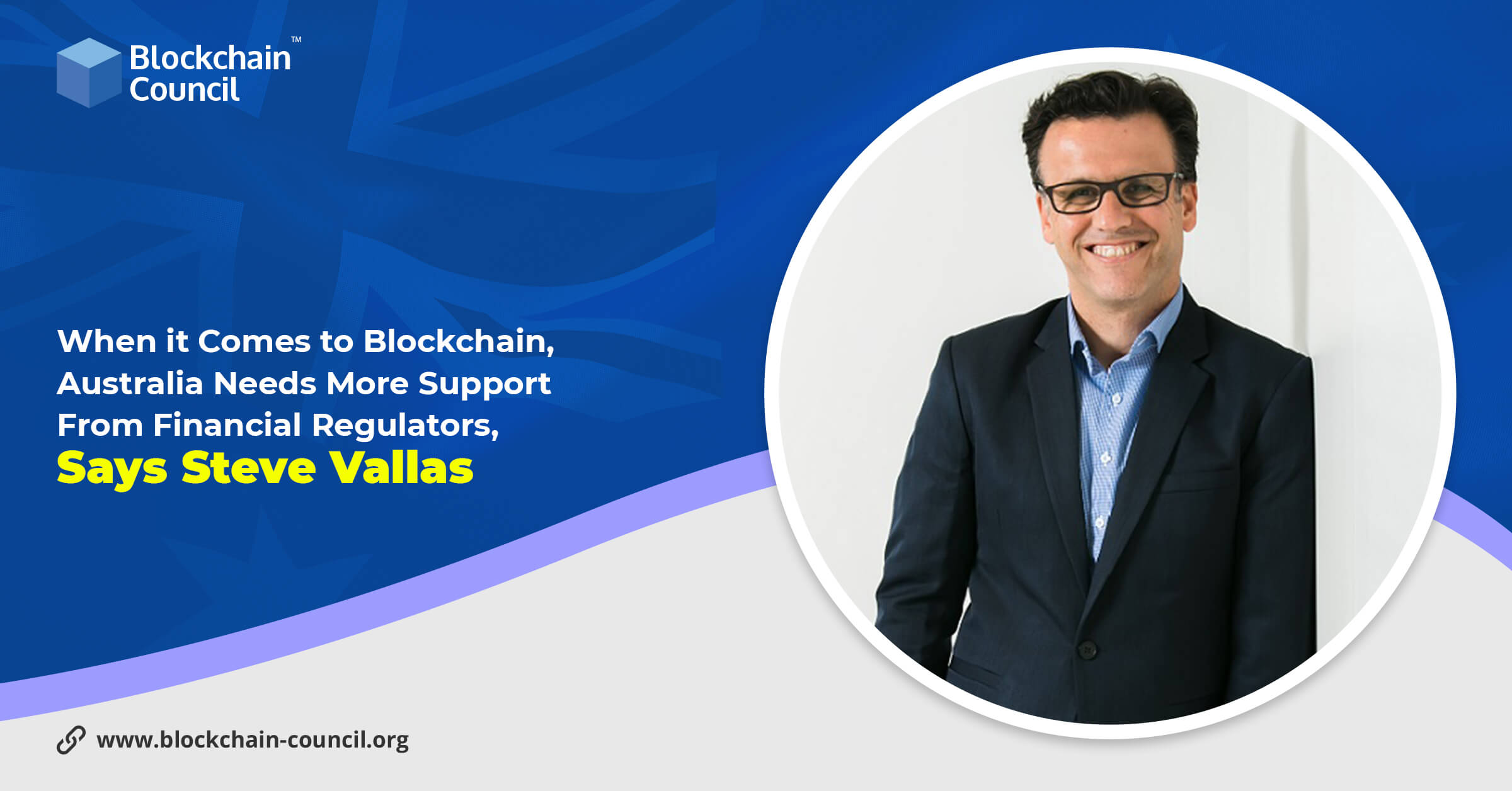 According to a recent report, the Australia-based Blockchain ecosystem needs more assistance from the federal government and financial regulators.

The statement has been made by Steve Vallas, who is the CEO of advocacy body Blockchain Australia. He made a comment saying that in order to increase trust within the country’s business area, Australia’s blockchain and cryptocurrency companies need further guidance.

Steve Vallas mentioned at the Senate Select Committee on Financial Technology and Regulatory Technology that Australia has a blockchain “base” from which it can stimulate growth and that his organization is now “signaling” that the technology has the potential and people should invest in this.

Following the country’s National Blockchain Roadmap that was released on Feb. 7, 2020, the Senate Committee is currently evaluating blockchain technology’s potential.

The national roadmap released last year through the Ministry for Industry, Science, Energy, and Resources formulates a brand-new national approach to capture the potential value produced through business-related Blockchain activity. The report also stated that the focus of the roadmap is majorly on regulation and standards, skills, capability and innovation, and foreign funding and collaboration.

Few Signals are Missing from the Australian Market, says Vallas

Last year in July 2020, the report highlighted that the Australian Securities Exchange’s Blockchain infrastructure plan is postponed to 2022.

Vallas believes that financial authorities, including the E.U., the U.K., and the U.S., are providing more administration to businesses who are seeing to promote digital assets and Blockchain technology at a large scale.

Vallas also highlights that Banks in the U.S. are attempting crypto custody services and mentions that these signals are largely missing from the Australian market.

What is Corda Blockchain? Top Corda Contributed Tools to Check Out
Scroll to top