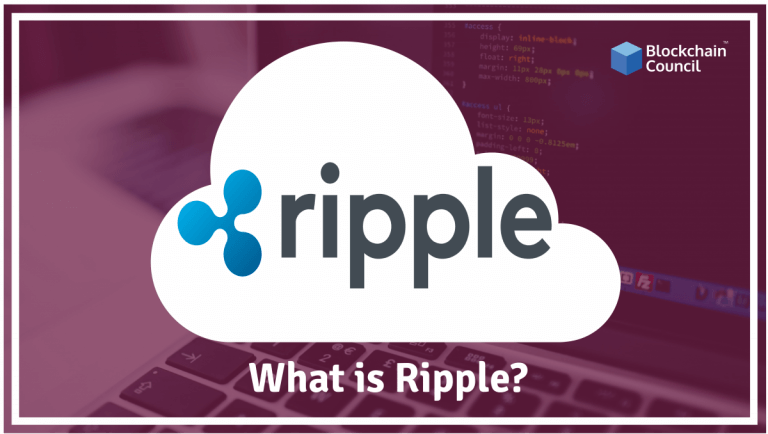 The world is talking about cryptocurrencies so why keep ourselves behind. Let’s dig and delve deep into this new financial revolution and discover what the new happening is. Often when we talk about cryptocurrencies, then the first name that strikes in our mind is Bitcoin. It’s true that Bitcoin is the pioneer of all the current cryptocurrencies, but there are others in the league which is also garnering eyeballs. Here I will be highlighting one such cryptocurrency, Ripple.

The rise of digital currency is because of the need for a free system of the transaction which can be quick, easy and transparent. It is currently at the 4th slot led by Bitcoin, Ethereum and Bitcoin Cash. It was developed to break the idea of the traditional method of transactions that involved banks, credit cards, PayPal, etc. which are often surrounded by access fees and consume a lot of time, especially if you are doing a cross-border transaction. Although, Ripple is in beta stage, yet, it has been able to make a place for itself in the market.

Opencoin developed ripple, and it came into the market in 2012. OpenCoin was co-founded by Chris Larsen and CTO Jed McCaleb.

The objective behind the surge of Ripple

The work of OpenCoin is to take care that the money is flowing freely. The objective behind the development of any cryptocurrency including Ripple is to bring in the system of the transaction which, quick and is free from the brunt of access fee which otherwise is a common trend in the market. With the traditional banking systems and mode of money transfer for the cross-border transaction, people have to pay a huge sum of money, having a system where there is a free transaction of money will create a better ecosystem of growth and development. This is here to build a decentralized digital currency where the transaction is as easy as ABC.

It is similar to Bitcoin. It is based on a mathematical formula and has a limited number of units which can ultimately be mined.

Similar to Bitcoin, Ripple can be transferred from account to account, and there is no need for the third party.

It is a digital currency and has features similar to all other cryptocurrencies like :

How is Ripple different from Bitcoin?

Well, Ripple does have some features similar to Bitcoin, but there is a striking difference between the two. It makes use of cryptography to secure transaction, but it doesn’t have a public blockchain like Bitcoin.

Ripple makes use of a network of nodes which validate the transaction. These nodes are banks and financial institutions. Ripple’s sins are popularly known as Ripple or XRP.

Unlike Bitcoin, Ripple is not only the name of the coin but at the same time, it is also the name of the company that builds the protocol. Whereas Bitcoin has 21 million BTCs, It has 100 billion XRP. Bitcoin was created by mining, whereas the Ripple creators have already created 100 billion Ripples at the time of release, of these 55 billion will be distributed to strategic partners, charitable organizations and users. Bitcoins take longer time for the transaction, but it only needs 4 seconds for it. Unlike Bitcoin, it can track information of any kind, such as account balance.

Being one of a kind makes it different from others. It is one of the few currencies which is working with actual clients. This cryptocurrency is currently being used by companies like UBS, Santander, and UniCredit. It is now looked upon by the banks and another payment network as settlement infrastructure technology.

Ripple has been able to solidify its position amongst the TOP 5 cryptocurrencies. It is a revolutionary cryptocurrency and owing to its compliance with regulation; it is a business-friendly currency. It aims at being used in daily commerce. In the times to come, if it becomes enduring to the Banks, Ripple can be seen reaching the top position.

Cinema on Blockchain
Scroll to top