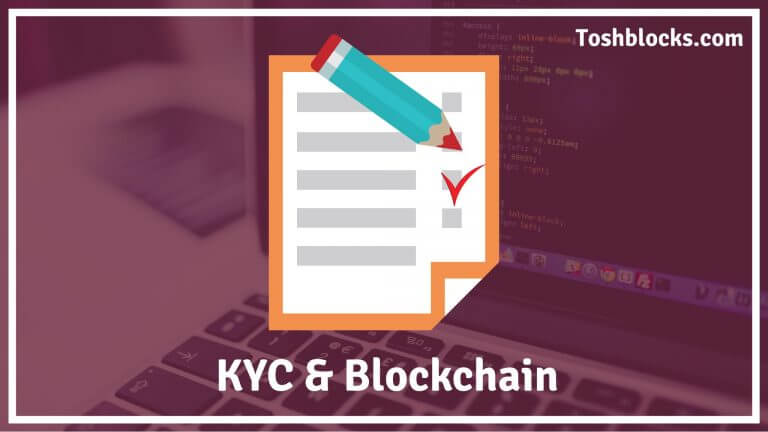 Know your customer (KYC) is the process of a business, identifying and verifying the identity of its clients. The term is also used to refer to the bank regulation which governs these activities. AML & KYC are used interchangeably sometimes. Though they are completely different standards & regulations.

Blockchain can be used to do the KYC with just one-click. InBlockchain users have to store their documents once immutably & those incorruptible & undeletable documents can be used to get the KYC done as many time as the user wants once they KYC is done with at least one service provider.

Below is the flow which explains how this can be utilized.

In this case, If Blockchain user Alice wants to use Blockchain-based storage to maintain the documents & want to share it with Airtel while applying for broadband for the KYC purpose. Below will be the flow:

Step 1: Store Docs [One time only] Alice will signup & upload their govt., financial & personal records into Blockchain. Each document will be given a unique ID & will be stored in Blockchain in split & encrypted manner.

Step 3: Request for KYC via API. Blockchain API’s will be open for Airtel to use them for getting access & doing KYC. Airtel will optionally show a button or QR code in their online or offline application form saying [Do KYC via Blockchain].

Step 4: Blockchain sends a request to Alice for Authorization to Airtel.

Step 7: Airtel performs the KYC & marks the documents about the status of KYC.

Step 9: Next time now Alice wants to get the Vodafone SIM card.

Step 10: Vodafone will use the same APIs and request for permissions to access KYC docs from Alice.

Step 11: Blockchain sends a request to Alice to authorizes Vodafone to access the KYC docs.
Step 12: Alice gives access to the documents to the Vodafone.

Step 13: Vodafone sees the “KYC-Done-Via-Airtel” flag in docs & then skips the KYC as it is already done by Airtel for the same documents & same user “Alice” saving tons of time and money (when doing the same for 100,000 users) while reducing turnaround time.

Alice has to just click authorize button reducing her headache for KYC and Telecom companies saved the resources during the KYC.

How Crowdsale or Crowdfunding in Blockchain Works?
Scroll to top