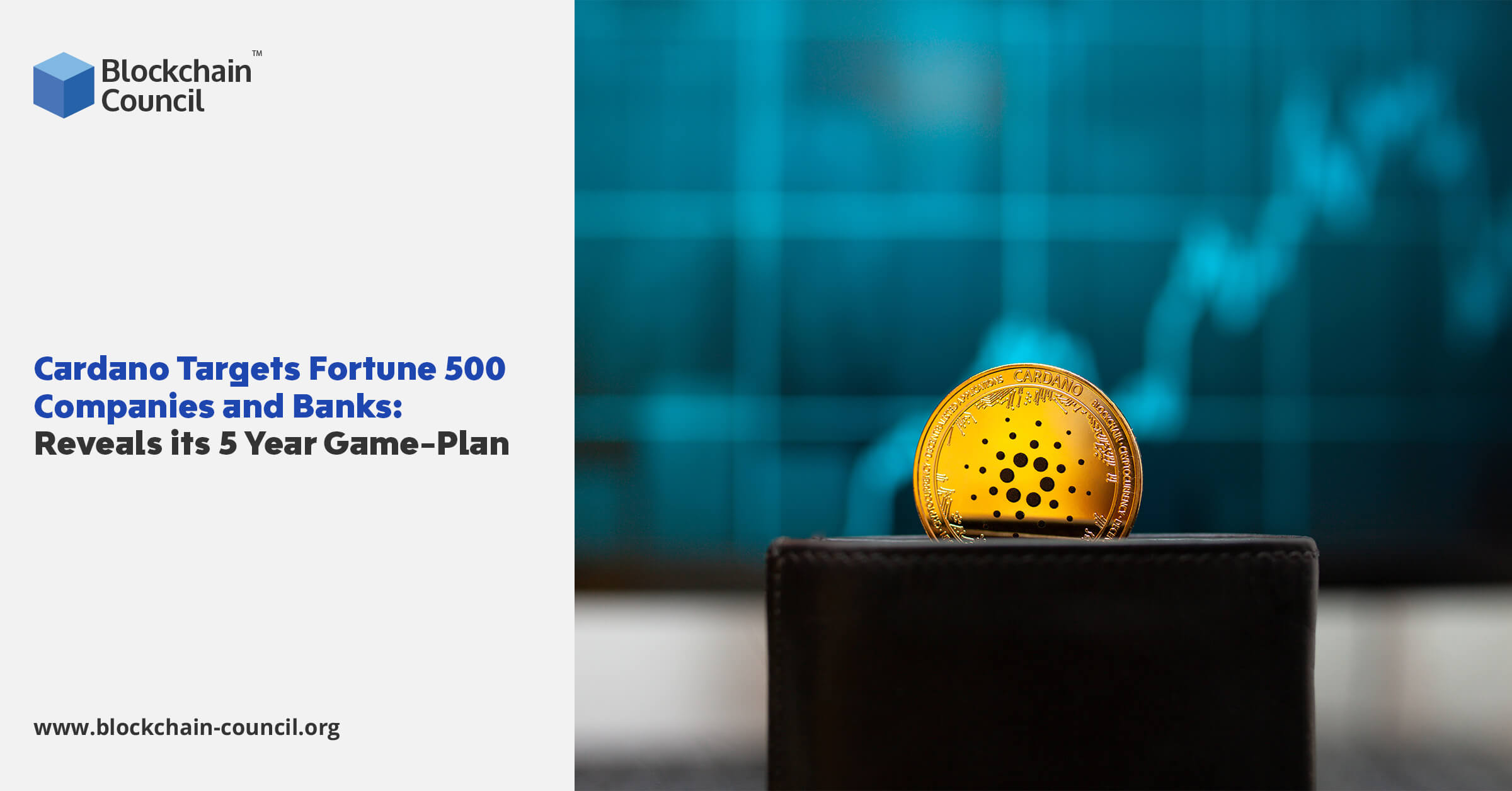 Frederick Gregaard, the CEO of the Swiss based Cardano Foundation has unveiled their 5 year strategy which basically aims to include banks, financial institutions and giant corporations as part of their growth strategy for the mammoth blockchain project they have undertaken. By market cap, this one is currently the fifth largest project in the world on blockchain.

The Foundation is aiming to bring these institutions on board as it is looking to make the native token of the blockchain, also known as ADA, universally accessible. With an ever increasing partner base and owing to the fact that their entire ecosystem is centred around this native currency, the authorities feel that this is extremely crucial for the upcoming year. This will enable them to successfully carry out their operations on the blockchain no matter where they are. If there’s a developer working on NFT or a fisherman in the West of Africa, trying to construct an identity of their own, they will always be linked with the ADA no matter what.

As a result, the onboarding of 50 banks plays a very important part in the 5 year strategy. It means that whenever someone is holding a substantial amount of ADA, they can always make their way into the local fiat currency and vice versa. In the long run, the goal is to make the process so lucid and flexible that no matter what token the user is using, it can always be exchanged using the Cardano Blockchain.

The Foundation believes that the onboarding of these banks will render the huge corporations and institutions of finance to the merits of using the blockchain technology. This is, according to them, the future of one of the most regulated industries of the world and it is important to keep abreast of the advantages one can enjoy while using the revolutionary technologies like that of smart contracts and several other features available on the Cardano Blockchain.

Their aim is to include Fortune 500 companies in the near future. Mr. Gregaard is of the opinion that when these large multinational companies will be using the Cardano Protocol and eventually ADA in their operations, they will understand what true transparency and safety look and feel like. This technology will enhance the governance of these companies and their output will multiply tenfold.

Ethereum May Replace Bitcoin As The New Store of Value, Says Goldman Sachs
Scroll to top