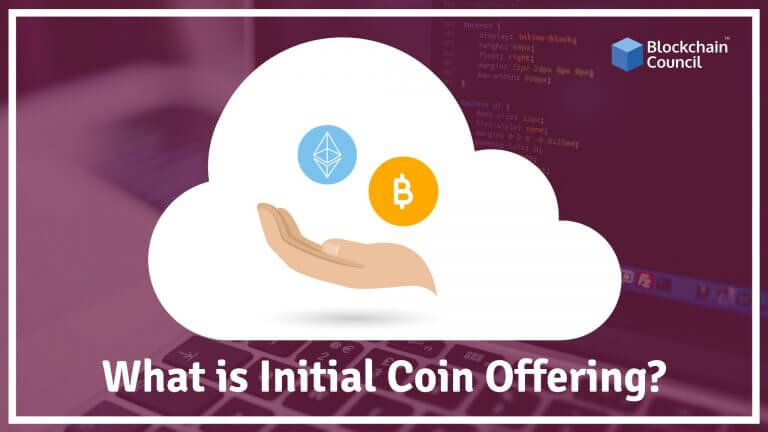 The drive to discover alternate ways for a new company to raise money, but none more prominent than the 2017 rise of so-called Initial Coin Offering, or ICO.

What is Initial Coin Offering & How it works? from Blockchain Council

The decades-old, tried-and-true way for a technology company to raise cash: A company founder sells some of his or her ownership stake in exchange for money from a venture capitalist, who essentially believes that their new owners will be worth more in the future that is the cash they spent now.

But over the last year a new craze has overtaken some influential subsets of the technology industry’s powerbrokers: What if companies had a more democratic, transparent and faster way to fundraise by using digital currency?

So as the first ICOs that typically jettisons a company to some Silicon Valley stardom, let’s explore what is going on.

What exactly is an ICO?

An ICO typically involves selling a new digital currency at a discount — or a “token” — as part of a way for a company to raise money. If that cryptocurrency succeeds and appreciates in value the investor has made a profit. This value is often on the basis of speculation, just as stocks do in the public market.

Investing in a digital currency is extremely high-risk, more so than traditional startup investing. However, they motivated largely by the explosive growth in the value of bitcoins. Each bitcoin is now worth around $4,000 at the time of publication. That spike helped introduce both fanatics and professional investors to ICOs.

We’ve seen over $2 billion in token sales in about 140 ICOs this year. They quieten arguments made by some that ICOs are merely a flash in the pan likely to fade any minute now when a new fad emerges.

It can feel like ICOs are everywhere. Buyers during a presale period might email a seller and personally conduct a transaction. Later on, a purchaser tends to use a website portal. This portal requires an identity check, explained Emma Channing, general counsel at The Argon Group.

What Is Crowdsale Or Crowdfunding In Blockchain & How It Works?
Scroll to top