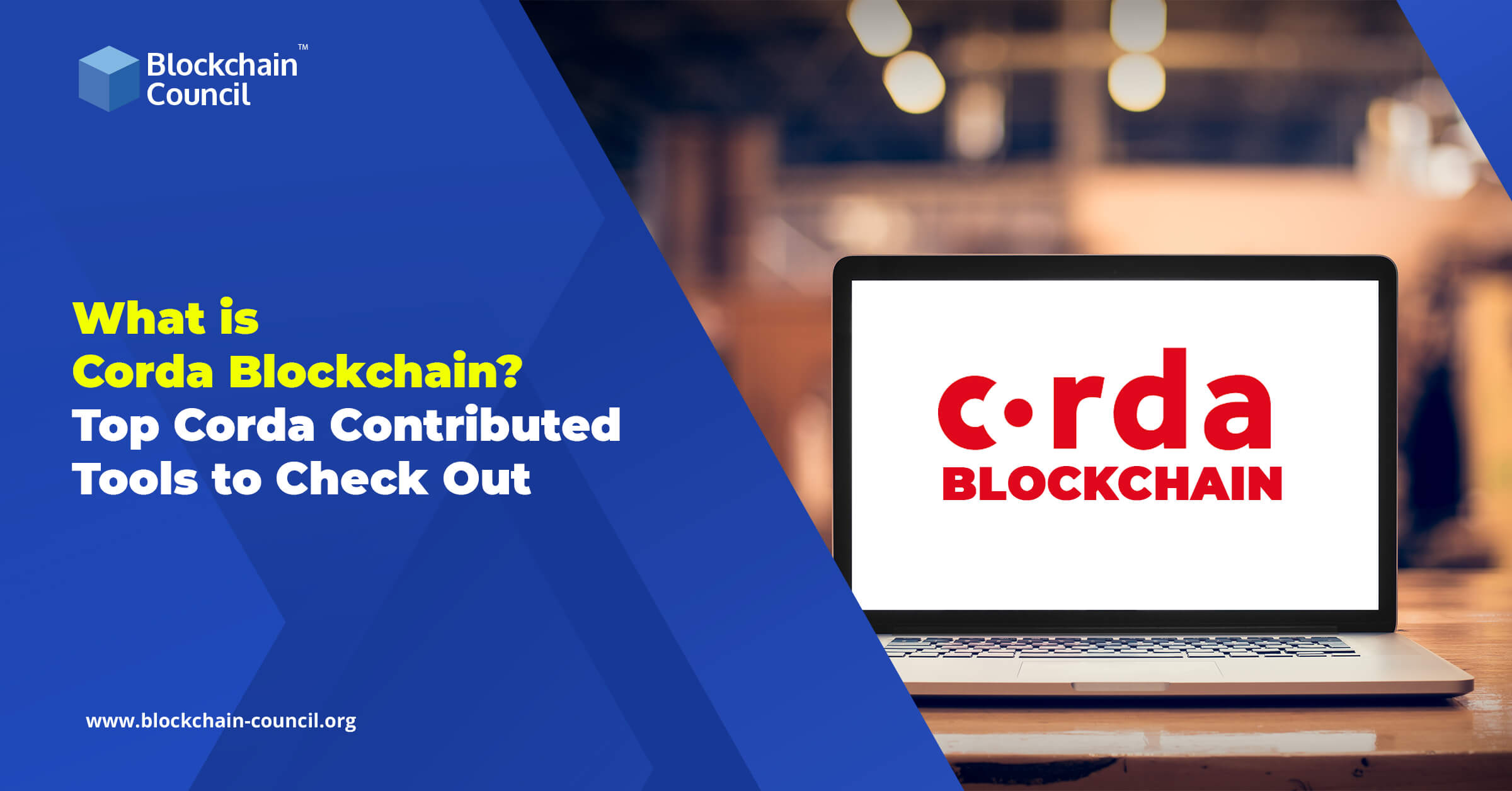 This article talks about Corda Blockchain, enlisting top contributed tools that you must know.

A Brief Introduction to Corda

Corda is an open-source enterprise-based blockchain designed to offer interoperability. It is a platform that is intended to record, manage, and synchronize agreements and transfer anything valuable. It allows enterprises to communicate and transact directly while maintaining transparency and without worrying about privacy and to integrate Blockchain across their operations immediately and efficiently.

Moreover, Corda offers timestamping services to order transactions temporally and ignore disputes. It has a smart contract logic, which specifies constraints that ensure state transitions are valid as outlined in the contract code.

Top Corda Contributed Tools That You Should Know

As we have understood what is Corda Blockchain, let’s explore some of the corda contributed tools.

Provable is the leading oracle service for smart contracts and blockchain applications that uses authenticity proofs to prove that data fetched from the original data source is not tempered. In simple words, we can say that this tool enables CorDapps to have access to the data they need. Provable is designed to keep security into consideration and demonstrate that the fetched data is unaltered, which is accomplished by bringing the returned data together with a document called authenticity proof. The best part is that this tool can be integrated with several blockchain protocols, and its service is accessible for non-blockchain applications as well.

Corda has built-in support for Oracle Services, but if you want to bootstrap some outside data and rely on pre-defined sources, you should consider Provable.

Corbeans is written using a statically standardized coding language, Kotlin, that runs on the JVM and works seamlessly with Kotlin and other Java-based applications. Corbeans grants Corda support to Spring Boot applications. There is a module named “Thecorbeans-spring-boot-starter” that makes it easy for Spring Boot apps to interact with Corda networks. Spring Boot makes it quick to build Spring-based stand-alone, production-grade applications that you can run with complete ease. There is a Boot Starter, Starter Test(for adding Corda network capabilities to your Spring Boot automated tests), Data RPC, BNMS Starter(an autoconfigured BNMS components for Corda’s memberships-management cordapp), a Webserver, Partiture, and Vaultaire(Query DSL and data access utilities for Corda developers).

If you are a Blockchain enthusiast who is always up to date, you might be knowing that Hyperledger-labs has released an integration for Corda networks. Cordentity is a built-in CorDapp that integrates Hyperledger Indy with the R3 Corda Platform for self-sovereign and decentralized identity. As we all know, Corda enables private transactions, whereas Hyperledger Indy aims for self-sovereign identity; thus, the integration of both the projects reinforces each other and enables the development of dApps on R3 Blockchain while utilizing the SSI capabilities of Hyperledger Indy. Cordentity can be utilized across various sectors such as healthcare, business, and information.

Want to gain an architectural understanding and exposure to the Corda platform? Get started today with Blockchain Council.

Concluding Lines: How to Learn Corda and Become a Certified Corda Expert?

Corda is gaining a lot of public attention because the platform offers a unique approach to data distribution and transaction semantics while highlighting the peculiarities of distributed ledgers. Here is a list of top certifications that you should consider if you are planning to get started in the Blockchain space.

The Certified Corda Developer training course is specifically designed for those who want to build and deploy distributed app solutions(known as dApps). It concentrates on tools, plugins, and languages that are a prerequisite for crafting a Corda node and network and provides comprehensive knowledge of creating, structuring, building, debugging, and signing of a CorDapp (Corda Apps).

The Certified Corda Architect helps blockchain enthusiasts in focussing on architectural understanding and exposure to the Corda platform and helps learners make crucial decisions about Corda projects and even craft guidelines for the same. It covers the Corda ecosystem, Corda network, Corda node, Corda transactions, Corda consensus, Corda contracts, to name a few.

Blockchain Council is one of the best online educational platforms that impart world-class training and certification courses in blockchain technologies, including Hyperledger, Ethereum, Bitcoin, Quorum, Corda, and others. If you are interested in learning, we are here to help you gain the knowledge you need to have a lucrative career in Blockchain.