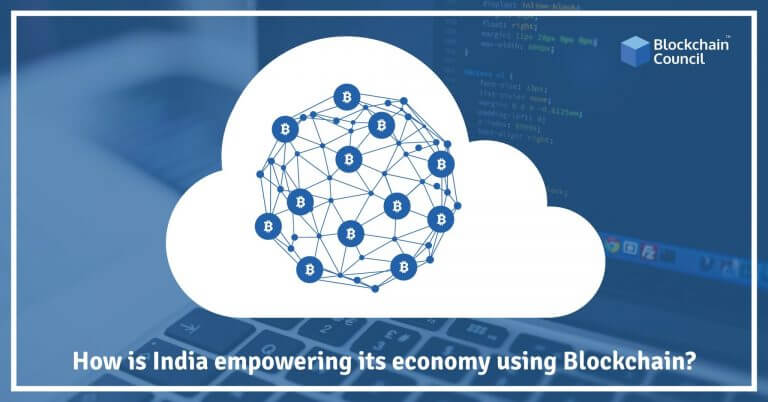 While India’s attitude towards cryptocurrency has remained mixed, the country has made no efforts to conceal its interest in employing blockchain technology to modernize its bureaucracy. Prime Minister Narendra Modi has hailed blockchain technology as a tool for organizing the agricultural sector in the country which will help farmers earn a fair price for the crops while also ensuring the food quality throughout the distribution chain. Cities like Vizag and Bangalore are also exploring the tech to create hubs for research and development to usher in the first smart cities of India. Let’s take a look at some of the ways in which blockchains can empower India’s economy.

A large percentage of the Indian population resides in rural centres and have very limited access to formalized banking in any form. As a result, a lot of the small-scale farmers find it difficult to acquire credit in favourable terms and therefore fall victim to local loan sharks. Blockchains can be very beneficial in this scenario as they can provide a very transparent way of extending credit without the need for brick and mortar banks. With PM Modi’s Digital India initiative, combining blockchains with domestic payment modules could help track these payments throughout the load in order to ensure that the funds aren’t being misused.

Another problem faced by people in rural villages with limited government support is the lack of permanent land records. A recent study by the Indian Think Tank Daksh determined that In India, property-related disputes account for a staggering 66% of all civil cases costing as much as 0.5% of the GDP for the court costs. Local leaders in parts of Uttar Pradesh and Bihar are notorious for giving away government land to their cronies in exchange for bribes. The lack of land records that are authentic is problematic because these leaders can easily forge government documents. A shared public ledger such as Bitcoin can be very useful here since not only is it resistant to tampering but also any changes made to the information stored will be in the public domain making it harder to do conduct shady deals.

India is primarily an agrarian society with over 60% of the population engaged in the agricultural sector. In a speech earlier this year, PM Modi raised the issue of bad quality of seed, fertilizer, and medicines being supplied to the farmers. Modi claimed that this problem can be curtailed with the use of blockchain technology to conduct real-time monitoring of the supply chain. PM Modi said that “This will have a complete network comprising farmers, processing units, regulatory authorities, and consumers. Because one affiliated to this chain can keep an eye on this, therefore, the scope of corruption will also be reduced. Most importantly, this will check the mischievous acts of the middlemen and the harvest will not go wasted.”

The government of Andhra Pradesh announced an initiative to develop the city of Visakhapatnam into the FinTech hub ‘Vizag.’ The move seeks to establish a world-class digital ecosystem which brings together governments, industry and skilled employees to build futuristic FinTech applications. Vizag will see a lot of growth in blockchain technology-related jobs with an aim to create 500,000 jobs by 2020. So far, Vizag has received $900 million in investment and created 5,500 jobs. The state of Andhra Pradesh is also keen on employing blockchain technology for governance and has already employed the tech for two key projects – vehicle registration data and land title registration. Making this large quantity of information publicly available using blockchains will help people make more educated decisions regarding their purchases in the future. Vizag has partnered with Covalent Funds to develop a blockchain stack for the country which will enable developers to build apps on top of the government managed repository of data. Therefore, the development of Vizag will see an increase in the number of both skilled and unskilled jobs as the new urban centre gets bigger.

What is the Scope of Blockchain in Finance w.r.t Downfall of Cryptos?
Scroll to top