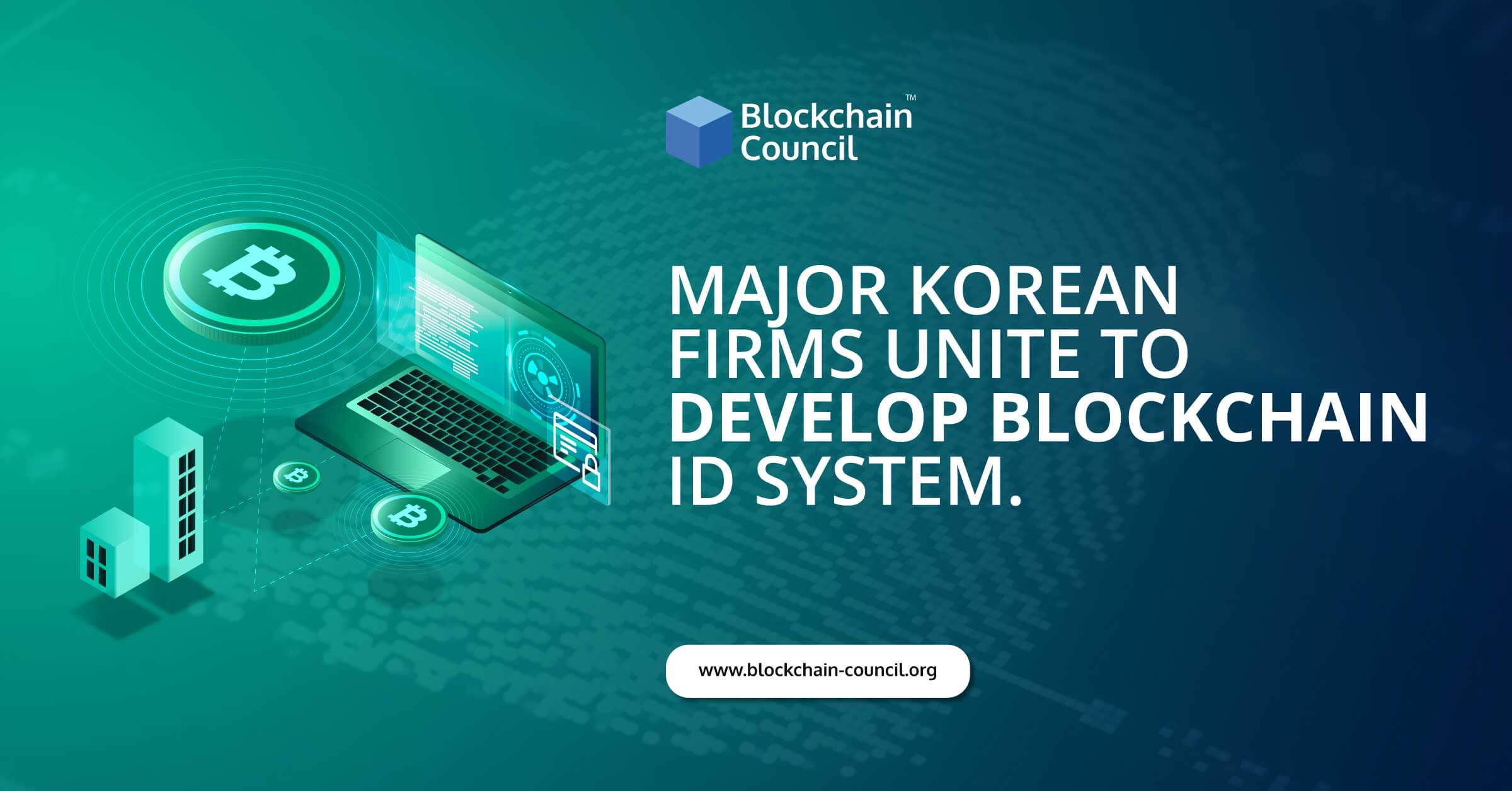 A consortium of major South Korean firms has come together to launch an identification system based on blockchain. As reported by the Korea Times on July 14, this system will be launched in 2020. This partnership aims to develop a self-sovereign identity system which does not demand the need for any intermediaries. This system will enable organizations and individuals to control their identity information while carrying out online transactions. The Korean firms which are taking part in this venture are financial services firms KEB Hana Bank, KOSCOM, Woori Bank, mobile carriers LG UPlus, SK Telecom, KT, and the multinational technology behemoth Samsung Electronics.

This system will help users store personal information such as bank account numbers, resident registration numbers, etc. and use them at will. The financial services firms will carry out the task of offering certification services while Samsung and the mobile carriers will look into secure management of stored data and managing stable mobile services, respectively.

Samsung will use Samsung Knox to manage data. It is an enterprise mobile security solution which defends sensitive information from malware and malicious threats. Samsung phones, wearables, and tablets are designed using the Knox platform, which is built into their architecture at the manufacturing stage. It is a military-grade mobile security platform which safeguards Samsung devices of both individual consumers and businesses. Samsung Knox hardens security in every aspect of mobile operation as it uses advanced features like Samsung’s patented Real-Time Kernel Protection (RKP). Samsung Knox is being widely adopted by security, finance, and government agencies across the globe.

After its launch in 2020, the blockchain-based identification system plans to pursue major businesses which will include universities, hospitals, large businesses, resorts, country clubs, insurers, entertainment facilities, etc. As per news reports, earlier this month, Fujitsu Laboratories, the Japanese tech research firm, has developed a blockchain solution to evaluate the identity, trustworthiness, and user credentials of online transactions. It will assign a score for each user based on the user ratings which are stored on the blockchain. Fujitsu will not depend just on the data it gets from the raw metrics. It will use a graph-based approach to understand user relationships.

In June this year, news reports revealed the plan of Brazilian banks to implement a standardized identity solution using blockchain, which will be powered by the Hyperledger Fabric platform. This platform is designed to authenticate and verify the digital identities of the bank accounts of users using the sim card and mobile phone information.

As described by the Korea Times, “The consortium-developed mobile system will allow an individual to store key personal information including resident registration numbers, bank account numbers and use them whenever the need arises. In the process, the risk of fraud will be removed as blockchain tech is known to be resistant to data modification, one reason it is considered an efficient, verifiable and permanent method of keeping a record of transactions between parties.”

Crypto-philanthropy: Blockchain Changing The Face of charity
Scroll to top