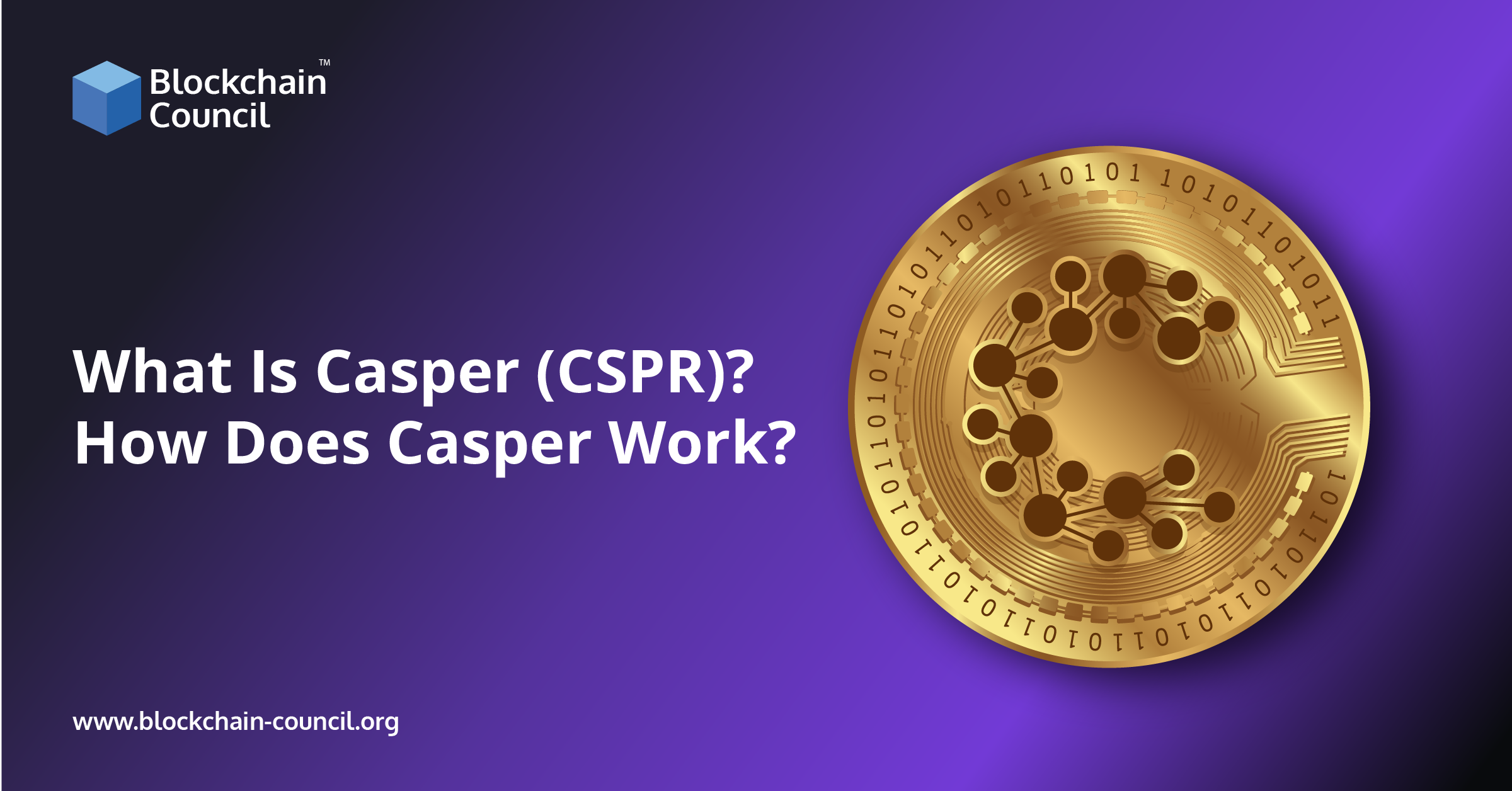 ‘What can you expect from cryptocurrencies?’- read the article’s title highlighted in bold on the cover page of the popular magazine. Though it seems like a usual and straightforward tagline, it is strong enough to make one think about the billion-dollar industry, thriving as the hottest investment pool for people around the globe.

When talking about cryptocurrencies, you never know when a breakthrough might set in and open new doors of endless opportunities for growth and development. Being dynamic is the most enticing characteristic of virtual currencies as it makes investors go down on their knees, risking it all, to earn the anticipated returns waiting for them on the other side of the chaos.

Ever since the launch of Bitcoin back in 2009, cryptocurrencies and blockchain technology have evolved themselves with timely upgrades to suit the changing dynamics of the markets.

Developers add improved work, security, and transparency standards in each new crypto project. However, blockchain products still tend to have limitations in some form or other. For example, some projects fail to offer high scalability to users, while others lack privacy.

In addition, we have often seen developers complaining about the lack of some significant features in Layer 1 blockchain networks. This incompetence of Layer1 solutions has been an essential factor in restraining blockchain from growing at the enterprise level.

CasperLabs laid the foundation of its highly-anticipated decentralized project called the Casper Network to resolve these issues. Furthermore, the firm made sincere efforts to design a new blockchain ecosystem that supports all the valuable features developers are looking forward to in a typical technology solution. So, without much bragging, let’s try to understand the Casper blockchain, the key features of its tools, its working mechanism, and other crucial factors related to the blockchain project.

Thriving as a robust Layer 1, fully decentralized, and energy-efficient blockchain ecosystem, Casper has everything that developers want in a solid decentralized network. Using the Proof-of-Stake consensus algorithm and a WebAssembly (WASM), Casper strives to offer a secure and scalable solution to business infrastructures irrespective of their size or model (public or private). Its mission is to emerge as a leader within the Web3 space and connect firms with blockchain resources. The native currency of the firm is tickered as CSPR.

The blockchain takes pride in being the first provable live implementation of the CBC-Casper consensus protocol that ensures high-end decentralization, reliability, and scalability for mass adoption. CBC stands for Correct-by-construction consensus.

With Casper, enterprises can enjoy seamless access to a powerful on-chain interface that satisfies all the essential parameters required to grow their business or improve their working paradigms. The portal believes in continuous development and promises to remain flexible, developer-friendly, and future-focused.

Launched in 2018, Casper is the brainchild of Medha Parlikar and Mrinal Manohar. CasperLabs indulged in year-long research to work upon the formal proofs for the Highway Protocol. Highway is an exclusive consensus protocol in the Casper network, which offers multiple benefits to the network. Over the Byzantine Fault Tolerant consensus, Highway allows validators to support the addition of blocks on Casper by permitting the ecosystem to attain a better say in deciding the blocks to be added further. The team wrote the codebase for the blockchain in 18 months. Further, the official testnet was presented in March 2020, whereas the mainnet came in March 2021. Casper proudly serves as a Turing-complete smart-contracts solution.

How does Casper Work?

Casper is the first live and safe version of the highly-ranked Correct-by-Construct consensus construct designed by Casper. The algorithm allows validators or participating nodes to generate and wire messages within the network to reach a consensus on the newly formed block. A block proposer chooses a group of pending transactions and includes their hashes in the new block called the proto-block. The nodes arrive at a consensus, and the block is finalized.

The validators execute all trades in the block and make the necessary updations. They send a finality signature that hints towards successful completion of block execution, block addition to the chain, and updation of their internal state. Since the mainnet launch in 2021, the Casper Network has introduced five upgrades. They continue to upgrade in coordination with the requests from the users and Casper Association.

This year, the Casper Network will launch support for its long-awaited Casper 2.0 version, including multiple scalability features to the ecosystem. The lists will include Highway 3.0, DeFi tools, and contracts facilitating staking and payment for smart contract execution on the blockchain ecosystem.

What is CSPR Token?

Thriving as the native currency of the Casper Network, CSPR is a popular investment option for the traders’ community. The token rewards the node participants (validators) who participate in the PoS consensus algorithm and contribute to the network development. CSPR holders use the currency to pay network fees for on-chain operations. The total supply of CSPR is 10.8 billion, while the circulating supply stands at a figure of 4.7 billion.

Designed to unleash the potential of blockchain technology for enhancing the level of business operations at an enterprise level, Casper is unique and unprecedented in its infrastructure setup. The network supports seamless integration of its ecosystem with the existing business systems to enhance its in-built capacity. In addition, Casper has powerful APIs and interfaces to facilitate coordinated working with other tools used in business modules. The list here highlights the most incredible features available for Casper users, have a look:

The blockchain is designed specifically for enterprises focusing on privacy permissions, security, and low latency. Casper helps entities select between public, permissioned, and private network solutions based on their confidentiality requirements without giving up on performance. In addition, the powerful decentralized protocol encourages Web3 firms to collaborate with the Casper team.

The Casper Network ensures that the users can gain access to a permissionless, decentralized, and immutable blockchain channel. It offers unparalleled services to meet real-world requirements with reduced energy consumption. The blockchain solution is a fast, secure, and cost-effective medium for improving the standards of enterprise work.

With Casper, one can take maximum advantage with a minimum investment of time and money. The protocol employs an interface that strives to make working with blockchain technology more accessible for developers. The APIs support integration of Casper’s network with the existing infrastructure and toolset of enterprises without any hassle. This reduces the burden on business teams as they do not have to spend much time training and learning the mechanics.

If you like to keep their business ecosystem upgraded at all times with the changing dynamics of the industry, then Casper can be a perfect choice for you. It provides access to easily upgradable contracts and supports multiple network deployments. As a result, entities can deal with the changing trends of the market while satisfying the customers using the unique flexibility offered by Casper.

The innovative interface allows Casper technology to upgrade the on-chain smart contracts directly. This eliminates the dependence on complex migration processes and makes it simple for users to tackle the core vulnerabilities involved in smart contracts. Furthermore, using Casper, enterprises can add new features and implement new technologies suiting the customers’ requirements in a simplified manner.

Through simultaneous task execution, Casper speeds up the throughput and ensures efficient load-balancing. One task’s execution process remains unaffected by other tasks because they are processed simultaneously. As a result, the speed of the network increases along with scalability.

WebAssembly enhances the overall performance of Casper Network. The blockchain allows developers to work with the existing Web2 ecosystems smoothly. In addition, the protocol avoids the use of a proprietary language which makes it an excellent option to work in the existing Web2 cluster.

The popular blockchain platform incentivizes its community by providing access to a consistent, reasonable, and transparent gas fee structure. In addition, the team believes in removing volatility and enhancing the trading experience for both developers and users.

The PoS algorithm allows Casper to support sharding, a popular database scaling process. Overall performance optimizes when the network divides the work into smaller and faster validator groups known as shards. Each shard gets an equal amount of work. Engaging in blockchain courses can help you understand the core concepts of the thriving industry.

The team of experts working behind CasperLabs has a long experience managing big enterprises. They are well-acquainted with the needs of business clusters and are willing to invest their skills in building solid enterprises. The firm operates an enterprise consultancy business that offers guidance and support to its clients creating on Casper blockchain. The consulting unit supports enterprises planning to infuse blockchain technology into their existing systems. In addition, the team has helped firms migrate to Casper from other channels to expose them to the best network available in the market space.

The Casper Network is the first sincere initiative that encourages blockchain adoption for business enterprises. With Casper, enterprise clusters can focus all their efforts on developing their ecosystem without stressing the planning required to implement a blockchain infrastructure. Casper manages everything by providing professional services to the users willing to develop on its native blockchain network. The robust decentralized interface promises to render exceptional services to its community and thereby encouraging mass adoption of blockchain technology for enterprise-grade operations and systems.

Crypto is similar to other investment tools involving risks and changing patterns with continuously fluctuating market conditions. Therefore, it is advisable to act prudently when investing your hard-earned money in a project. However, investing funds in platforms like Casper with a trusted infrastructure, expert blockchain development team, and a vision to transform the industry can be a good move. So, don’t hesitate to take the first step and enjoy trading with CSPR token, fetching juicy returns from the crypto field!!!