WHAT IS BLOCKCHAIN (DISTRIBUTED LEDGER TECHNOLOGY)?

Distributed Ledger Technology is a computerized method for recording transactions involving commodities. Various locations record the transactions and related information at the same time. The database recorded by distributed ledger technology does not have an administrative facility or central data storage.

Distributed ledger technology enables users to record, exchange, and synchronize data and transactions over a distributed network consisting of several participants. There are a variety of technologies with similar architecture that may be implemented in various ways with a variety of regulations.

Distributed Ledger Technology may be classed as either public or private, based on the accessibility of the ledgers by anybody or by the devices (also called nodes). It may also be classed as permissioned or permissionless, depending on whether participants need permission from a given authority to alter the ledgers.

When considering the beginnings of DLT, the year 2008 marks the most significant turning point. Because of its resistance to alteration and safe preservation of transaction data, Blockchain technology has grabbed the attention of corporate leaders since its introduction in 2013. DLT’s potential may be shown by studying the developments in the Blockchain ecosystem for 2020.

Twenty-nine percent of enterprises in the consumer goods and manufacturing industries are embracing Blockchain certification technology. In light of these tendencies, it is evident that Blockchain, or distributed ledger technology (DLT), must be examined in further detail. The definition of DLT technology should be the beginning point of any such evaluation.

The financial industry may benefit from distributed ledger technology by being more robust, efficient, and dependable. The technology may enhance aspects of the financial sector, such as transaction processing without third-party participation and international payments. It may also assist the unbanked people in accessing financial services, which are now out of their grasp. What apart from the finance sector?

Distributed Ledger Technology (DLT) is one of the various technologies that make up the Blockchain.

The uses of cryptography make it impossible to alter blockchain ledger technology. In order to keep track of assets, transfer ownership, and record transactions, this decentralized ledger is utilized. Thanks to blockchain technology, transactions involving digital assets may be more secure, transparent, and trustworthy.

As the name indicates, data is arranged and stored in packets known as blocks in blockchain technology, and the blocks are linked together. Furthermore, since blockchains are often open to the public, anybody may see a record of a transaction’s history. As a result, the Blockchain developer is decentralized.

Distributed ledgers fall into two main categories: those that need access for users and those that don’t.

However, in the case of permissionless distributed ledgers, every node in the network has access to a complete and up-to-date copy of the whole catalog. Any nodes in the network are informed of all local additions to the ledger requested by network members.

Both categories rely on a consensus method to validate the alteration based on a predefined procedure. In addition to permissionless and permissioned networks, hybrid DLT enables a network that benefits from the advantages of both.

To ensure that all data in the network is consistent, the new ledger entry may be added to all of the other ledgers after validation. Many projects are choosing to deploy DLT variations because of their flexibility.

In other words, if you believed Distributed Ledger Technology (DLT) was only about Blockchain, think again! Different forms of distributed ledgers may be found at the moment, such as Blockchain and its variants Hashgraph and DAG and Holochain and Tempo (Radix). These forms of DLT and how they function might help you better understand DLT.

There is a sequence of blocks in the ledger where the transaction records are recorded. The blocks include digital information such as the date, time, and transaction specifics. A unique ‘digital signature’ is added to each block of Blockchain to ensure that the sender’s identity is protected.

The ‘hash’ is a unique identifier that distinguishes and synchronizes transactions on a Blockchain. Thanks to the hash function, all transaction blocks in the ledger can be reliably distinguished.

The Hashgraph, a new form of Blockchain training, enables numerous transactions to store on the ledger simultaneously.

Nodes on the network may alter transactions or data thanks to the Hashgraph DLT technology. It’s easy to see how a transaction might be included in a block compared to the Blockchain.

Hashgraph, a DLT version, is notable for its reduced storage requirements since transactions don’t have to be stored in the ledger for eternity. All nodes in the network would agree on the transaction process and list it correctly in a Hashgraph.

In the DLT family, the Directed Acyclic Graph (DAG) is the group’s newest member. Essentially, DAG is a more advanced DLT with a more unique, more complex structure. DAG’s scalability and support for Nano-transactions will increase as the network grows. DAG’s consensus process also sets it apart from other DLT kinds. There must be at least two initial transactions on the ledger for a node to be able to begin a transaction.

As a result, transactions with a lengthy history of previously approved transactions are more likely to be accepted. Businesses dealing with large quantities of transactions might benefit from DAG.

Other than Blockchain DLT, the newest addition to the DLT family is Holochain DLT. Decentralized applications may now be developed using one of the most potent distributed ledger technologies (DLTs) currently on the market.

The agent-centric structure of Holochain is the primary distinction between it and other distributed ledger technologies (DLT). Holochain DLT removes the need for a global consensus method by using a distributed forking system. Due to its increased scalability and system integrity, Holochain is an attractive solution for commercial applications.

Tempo is the last new DLT type to be introduced (Radix). Tempo’s most outstanding feature is that it can be used in public and private modules without any modifications. To create your decentralized apps, currencies, or tokens, you wouldn’t need to install significant hardware components.

It should be easier to see how Distributed Ledger Technology (DLT) works outside Blockchain. However, to forecast DLT’s acceptance in the future, it is also necessary to consider the problems it faces. DLT’s weak regulatory infrastructure raises concerns about the possibility of violating user rights.

The absence of credible proof about the worldwide effect of DLT is the next major obstacle for DLT. As long as there is no solid proof of DLT’s global influence, it won’t be easy to convince people to use it globally. The technology’s relative immaturity is another major hurdle that DLT must overcome. The other decentralized ledger technology (DLT) alternatives to Blockchain are still under development and have problems.

There’s still a long way to go until Digital Ledger Technology (DLT) reaches its full potential. Most difficult for DLT is to establish a balance between security, privacy, and openness of the stored data. In-network scalability and transparency among robust privacy measures, DLT faces tremendous difficulties.

Predictions For The Future Of The Blockchain

The use of blockchain technology is increasing in the information technology industry. Blockchain currencies (also known as cryptocurrencies) like Bitcoin and Ethereum are well-known. Despite this, the blockchain has evolved into much more than simply a digital payment system.

Distributed ledger systems like blockchain do not need a central authority such as a bank to keep track of transactions. Chains of data blocks are linked together to form a transactional ledger. This configuration’s open-source, impermeable design sets the stage for unparalleled openness. Thousands of computers throughout the globe verify the correctness of each record.

This relatively new technology significantly impacts a wide range of sectors. It offers a streamlined way to conduct business and maintain track of financial activities. This results in a more affordable and time-saving option for financial institutions and enterprises alike. It is just a matter of time until this new technology gets more widely used. Here are five blockchain technology future predictions.

Data Dissemination By The Government

Traditional paper-based systems will be phased out in favor of DLT implementations by government agencies worldwide. Several companies are moving to digital systems, but DLT offers many benefits that make it even more trustworthy, transparent, and secure than traditional systems.

An Increase In Industry Cooperation And Communication

In the not-too-distant future, several sectors will likely share a single blockchain. It is more straightforward and more transparent for the general public to use a single system rather than a variety of techniques tailored to the needs of various organizations and sectors.

Cryptocurrency Issued By A Financial Institution

There are several reasons why governments would ultimately switch from fiat money to cryptocurrencies. Because of the shorter settlement times and increased traceability of cryptocurrency, it is a more efficient medium of exchange.

Cryptocurrency may be backed by tangible assets, much like fiat money, and its value can be manipulated in many ways. This is akin to increasing the supply of money to lower the value of a single dollar. Zimbabwe has begun developing its digital national currency using Bitcoin to hedge against its national currency.

There are several flaws in current identity systems. They are weak, unable to work together, and prone to mistakes. A single point of verification for identity and assets may be provided via blockchain systems, answering these issues. Identity on the blockchain may provide a hitherto unattainable level of “self-sovereignty.” According to estimates, nearly 1.5 billion individuals in underdeveloped countries lack the tools to prove their identification. Thanks to a global blockchain identification platform, disenfranchised people will access legal documents and the benefits that come with them.

In the hands of certain problematic third-world entities, identifying information in an open-source encrypted ledger will be safer. Through blockchain technology, the world’s economy will be transformed.

The current system is broken, sluggish, and inhibits trade between states regarding international trade. Fraud, counterfeiting, shady politics, and mistakes are all a part of global commerce. Many of these issues will be resolved if bitcoin is introduced into the picture. Most fraud and inefficiencies may be avoided using a unified digital worldwide system for payment, documentation, and regulation. A whole new age of global business and trust will open up.

Smart contracts, automated tracking, and policy enforcement are just a few of the business applications benefiting from the development and use of blockchain technology. The influence of blockchain on business and society is likely to be larger than most people think.

To Sum It Up

This will not be an easy journey for Distributed Ledger Technology if you don’t know how to learn Blockchain. DLT has a lot of room for improvement, but it also offers a lot of great possibilities for a wide range of businesses. Knowing how DLT differs from Blockchain isn’t enough. So you can join blockchain classes right now.

The key to addressing DLT’s weaknesses is to know what they are. Fixing DLT constraints enables the user to learn more about DLT’s potential to revolutionize many traditional procedures in various sectors, which can then be further explored. DLT is anticipated to be the foundation of all peer-to-peer transactions in the future. So, it’s in your best interest to immediately learn more about Distributed Ledger Technology by the best blockchain training on the internet!

Starbucks Brings In Beta Of Web3 Based ‘Odyssey’ Loyalty Program

On Thursday, Starbucks launched a Beta trial of its highly-expected ‘Odyssey’ experience, consolidating client loyalty rewards with a non-fungible token 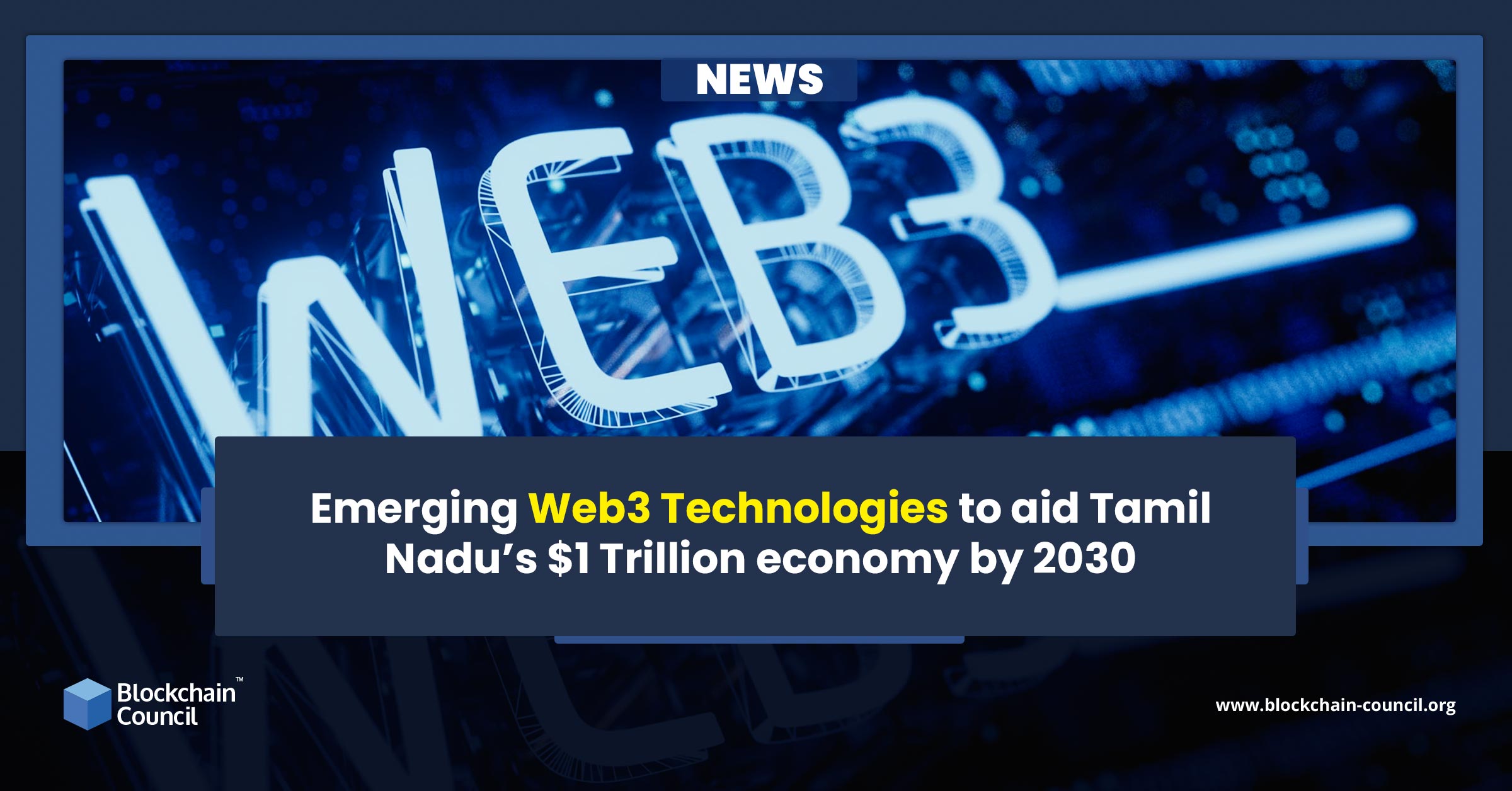 How Businesses Can Save Time & Money Using Blockchain-based KYC?
Scroll to top