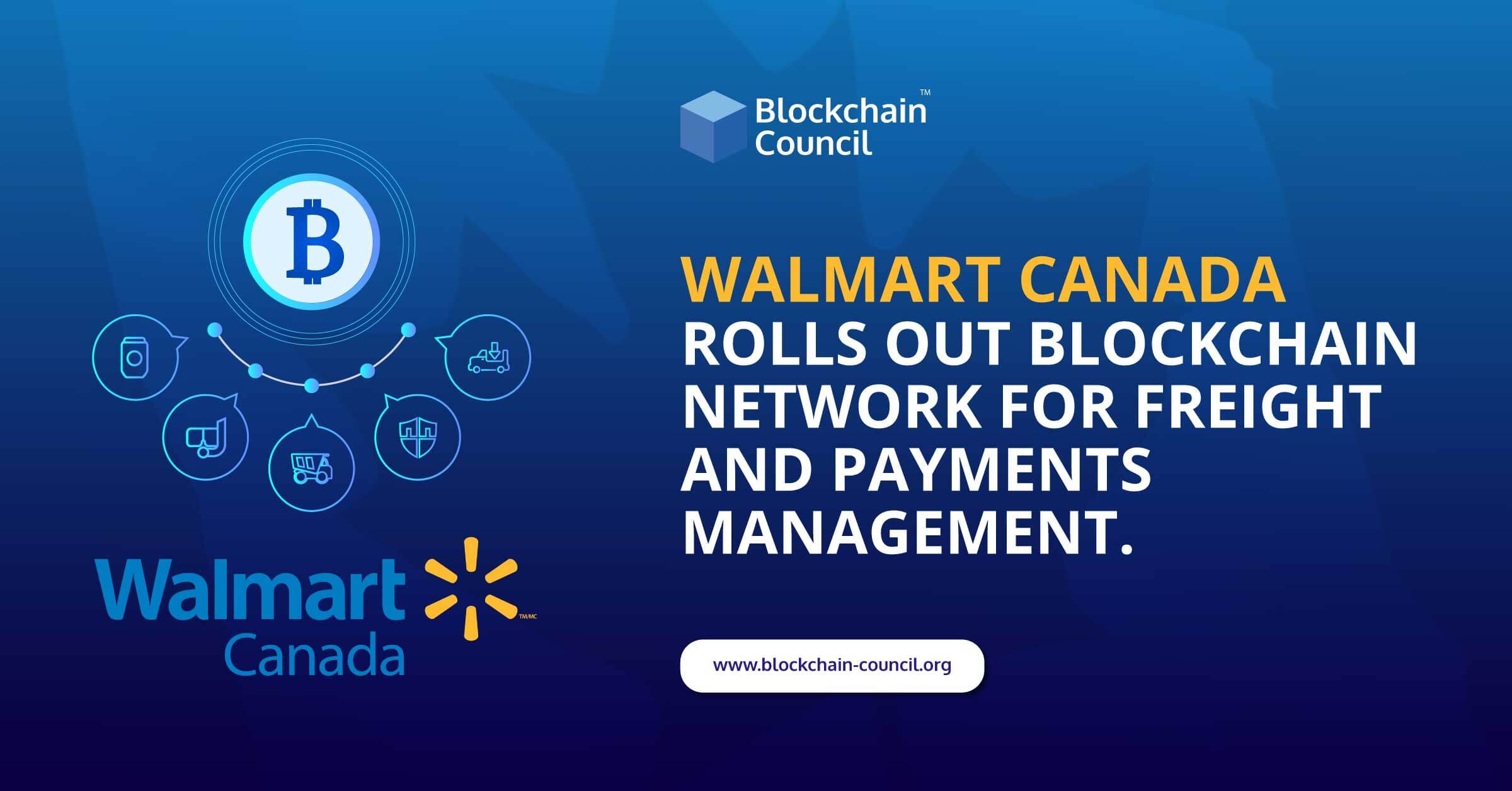 The Canadian branch of the retail giant, Walmart, has introduced an automated blockchain-based network for payments management and freight tracking, as revealed by a press release on 14 November. This new system is developed in collaboration with the blockchain company DLT Labs. It is designed to improve freight and payment processing. It helps users to automatically verify transactions, trace deliveries, and handle reconciliation and payments.

John Bayliss, Senior Vice-President of logistics and supply chain, Walmart Canada, commented on the efficiency of blockchain technology while handling massive loads of inventory. As stated by Bayliss, “This new dynamic and interactive blockchain technology platform is creating complete transparency between Walmart Canada and all of our carrier partners. Blockchain is enabling a material advance in our smart transportation network, with expedited payments, extensive cost savings and other benefits among our supply chain. Moreover, this degree of improved efficiency represents a powerful platform for us to continue to reduce our environmental footprint and continue our leadership in environmental sustainability.”

As further revealed by the press release reveals that it is possible to integrate the network with a business’s legacy system and “manages, integrates and synchronizes all the supply chain and logistics data in real-time, aggregating the data between Walmart Canada and its fleet of third-party trucks on a shared ledger.”

While some retail giants are adoption the blockchain, others have their own doubts. Walmart has demonstrated a proactive approach to implementing blockchain in its internal processes. Walmart recently announced that it would make use of blockchain technology to track the shrimp sourced from India to select locations of Sam’s Club retail stores in the United States.

In August this year, Walmart submitted a patent application for a drone communication system that is based on blockchain technology. The vehicle-to-vehicle communication system between unmanned drones would mesh communications networks, relay messages, and allow machines to be aware of each other’s bearing and location. However, some people claim that the greatest hurdle facing the blockchain systems that are being adopted by food retail giants such as Nestle and Walmart have nothing to do with blockchain technology itself.

In an interview with Tech Wire Asia that was published on 7 November, Craig Heraghty, Agribusiness leader at PwC, reflected on how blockchain is being used increasingly among retailers globally. As commented by Craig Heraghty, “The weakest link in the chain is not blockchain or any technology, the weakest link is the piece of sticky tape that puts the label on the package. You have to think like a fraudster and see where you can copy a label or a QR code.”

He argued that blockchain provides an “illusion of traceability” to supermarket chains and consumers, given that though the data record may be tamper-proof, physical points of entry may not necessarily be fool-proof.

To get instant updates about blockchain, check out Blockchain Council.