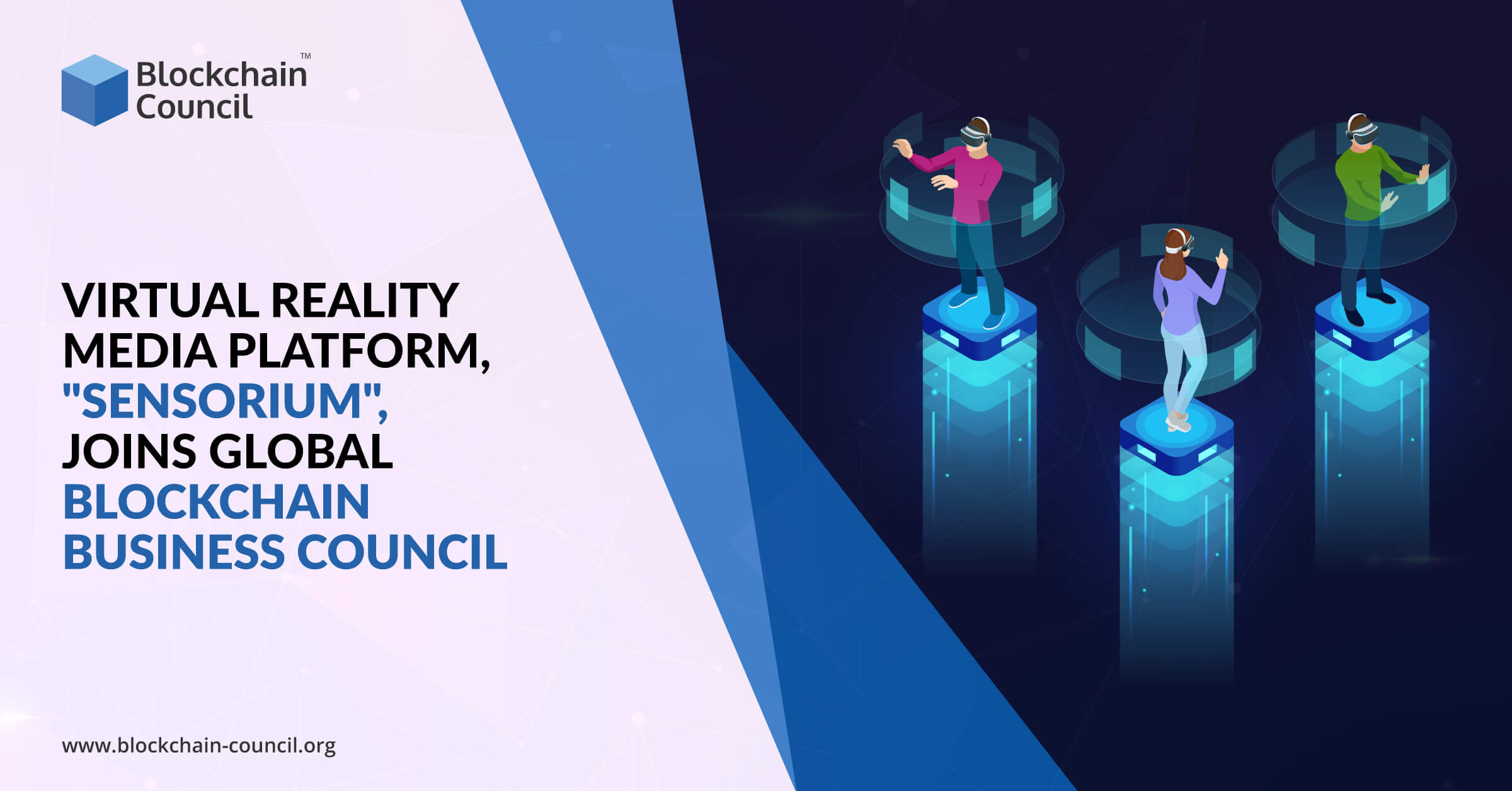 Sensorium Corporation has announced its membership in the Global Blockchain Business Council (GBBC), the leading global industry association for the blockchain technology ecosystem. Sensorium will participate in GBBC’s upcoming virtual forum to underpin and support Sensorium’s use of blockchain and contribute to GBBC’s work in virtual reality.

The first event will take place on the 28th of May, where Alex Blagirev, Director of IR, Digital and Technology, and Sensorium Corporation, will participate in the GBBC Virtual Members Forum, presenting his idea on how virtual social media will change the way that people interact online.

Blockchain to Protect Ownership and Copyright

Brian Kean, CCO, Sensorium Corporation, stated that “Just as the internet enabled the frictionless peer-to-peer exchange of information, blockchain has the potential to usher in the frictionless exchange of assets.  According to him, blockchain is the most secure way to transfer digitized assets peer-to-peer through distributed ledgers. He further added that “We believe that partnership with the GBBC will help us maximize the benefits of blockchain for the Sensorium Galaxy.”

A GBBC representative stated that VR and social media convergence are beginning to gain momentum, explaining that social media platforms like Facebook are providing new ways for users to share and experience content. The representative stated that “Within this context, blockchain technology will likely play an important role in the creation of digital assets and an online virtual economy.”

Sensorium revealed how social networks would gradually move to the 3D virtual space because of its collective communal experiences and how blockchain technology is central to these developments. Furthermore, the representative explained that the technology could be used to protect ownership, copyrights, and create new models of advertising in virtual worlds.

Sensorium’s CCO, Brian Kean, emphasized on the security benefits offered by blockchain. He stated that with distributed ledger technology, identity theft, fake accounts, etc. will be eliminated to a large extent. This is because human participants in the socially-virtual world will be required to verify their identity via the blockchain. He also explained that blockchain would be utilized to “facilitate payment for created, third-party content.”

Sensorium With GBBC to Educate Policymakers and Regulators

As a GBBC member, Sensorium will engage in a wide range of GBBC activities aimed at “advancing the adoption of blockchain and educating regulators, policymakers, and business leaders on the benefits of the technology.”  The two entities started working together in the event where Sensorium was a key participant at the 4th Annual Blockchain Central that was held in Davos.

Sandra Ro, CEO of GBBC stated that “The GBBC is pleased to welcome Sensorium Corp as a GBBC member. The widespread growth of virtual reality, and the impending launch of Sensorium’s multi-user immersion experiences, signal an important step in the broadening of our digital lives. He added further, “The GBBC looks forward to working with Sensorium to advance what are clear synergies between the virtual reality and blockchain technology ecosystems.”

Hashgraph vs. Blockchain- A Comprehensive Guide
Scroll to top