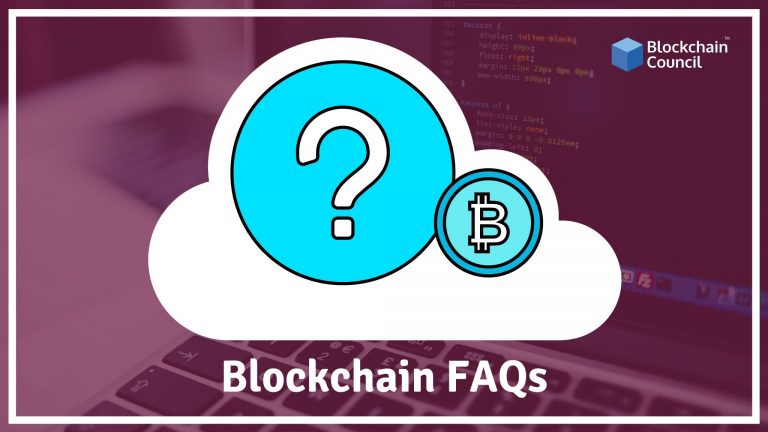 These are few frequently asked questions in blockchain.

Blockchain is the core technology behind bitcoin. At its heart is a distributed data store. Anyone who participates in this network has their own data store that stores all of the transactions that ever happened on the network (this is also known as the distributed ledger).

Entries are stored within a cryptographic chain of blocks. At every stage, the network of participants must agree about the latest block of transactions. Agreement is reached through a process of majority consensus, eliminating duplicate entries, double spending etc. This process and the cryptographic layering of the blocks makes the agreed blockchain irreversible and immutable. The ‘history’ of events within this technology cannot be modified by any one of the participants without majority consensus from the group.

What Is A Private Blockchain?

Private blockchains are deployed either within an organization or shared among a known group of participants. They can be limited to a predefined set of participants. In this case, no one else can access them or the data residing in them. They can be secured in a similar way to securing other integrated enterprise applications (e.g. firewalls, VPN etc).

What Is A Smart Contract?

How Is This Related To Ethereum?

Ethereum is a group of incredibly smart individuals who have developed the next generation of cryptocurrency. The Ethereum project involves a large single network (much like Bitcoin), and runs on a cryptocurrency that can be mined (Ether). We are looking at deploying private networks of the Ethereum (or similar) within organisations, or across small predetermined groups of organisations.

Mining is used a proof of work for participants in the blockchain. Whenever a block of transactions is to be agreed, every participating node attempts to ‘mine’ the block (a mathematical algorithmic process that requires extensive CPU capacity). In public blockchains successful mining is rewarded with a cryptocurrency token.

What Is Initial Coin Offering & How It Works?
Scroll to top