Everything You Need to Know About World’s Lightest Blockchain “Mina” 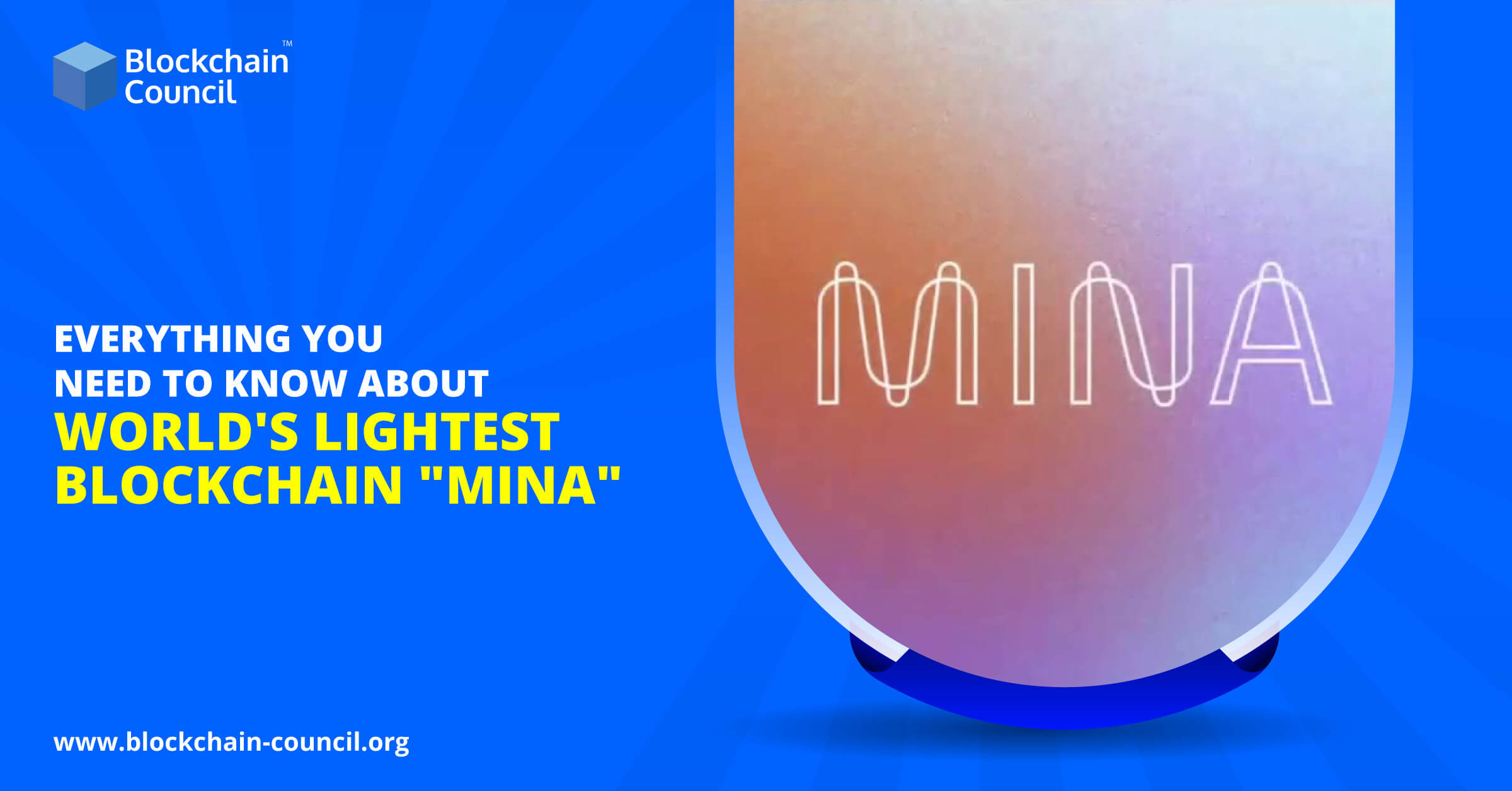 Blockchain is a P2P, decentralized distributed ledger technology that mitigates the involvement of third-party intermediaries. Technology may be thriving, but there’s one major challenge that stands in its way, and that is scalability. A lot of efforts have been made in this direction to satisfy the ever-growing demands. One such protocol is introduced that claims to deal with scalability issues.

Want to gain in-depth knowledge of Blockchain Technology and become a Certified Blockchain Expert? Wait no more. You are just a click away!

Mina Blockchain follows a design infrastructure where it will always be 22kb, unlike other Blockchains. Due to this, anyone with an internet connection will be able to synchronize and verify the network within seconds.

Let’s check out the differences between Mina and other Blockchains.

Mina is light, allowing anyone to connect P2P and sync and verify the chain within seconds. This protocol is built on a consistent-sized cryptographic proof, allowing it to scale to millions of users, allowing higher accessibility. Unlike Mina, other protocols are comparatively heavy, and they need mediators to run nodes, recreating the same old power dynamics. Because of its higher accessibility, Mina can go places where other currencies might not go.

Mina’s design ensures that anyone can take part in the proof-of-stake(PoS) consensus mechanism, providing accessibility to strong censorship-resistance and securing the entire Blockchain network. In Mica, anyone who’s syncing the chain also validates transactions like a full node.

Unlike other Blockchains, Mina offers faster execution and a seamless user-experience because of its 22kb chain. It can execute thousands of transactions per second, and irrespective of how many transactions have occurred in the past, the chain’s entire historical data would be little enough to be saved on users’ mobile phones.

Mina offers a new category of applications, and that is Snapps, which are general-purpose SNARK-enabled smart contracts that bring along the features of privacy and verifiability. Such applications are optimized for efficiency, privacy, and scalability. In Snapps, data and logic are computed off-chain, and verification is performed on-chain on the end user’s device. Such powerful apps ensure that information is authorized without disclosing any crucial information.

Want to build your own DApp? Become a Certified Blockchain Developer with Blockchain Council.

Mina uses the Non-Interactive Argument of Information Zero-Knowledge Concise (zk-SNARK) that enables users to compact the Blockchain into a small snapshot instead of downloading an entire blockchain. With the help of a secret key, anyone can prove ownership of the information without revealing any details and without any communication between the prover and the verifier. This will lead to lower inherent risks and reduced interest rates for borrowers. The end goal of Mina is to allow all internet-connected devices to interact with blockchain-verified information. Mina’s other distinction, aside from the characteristics listed above, is that it will be able to consume outside data without the need for oracles safely. 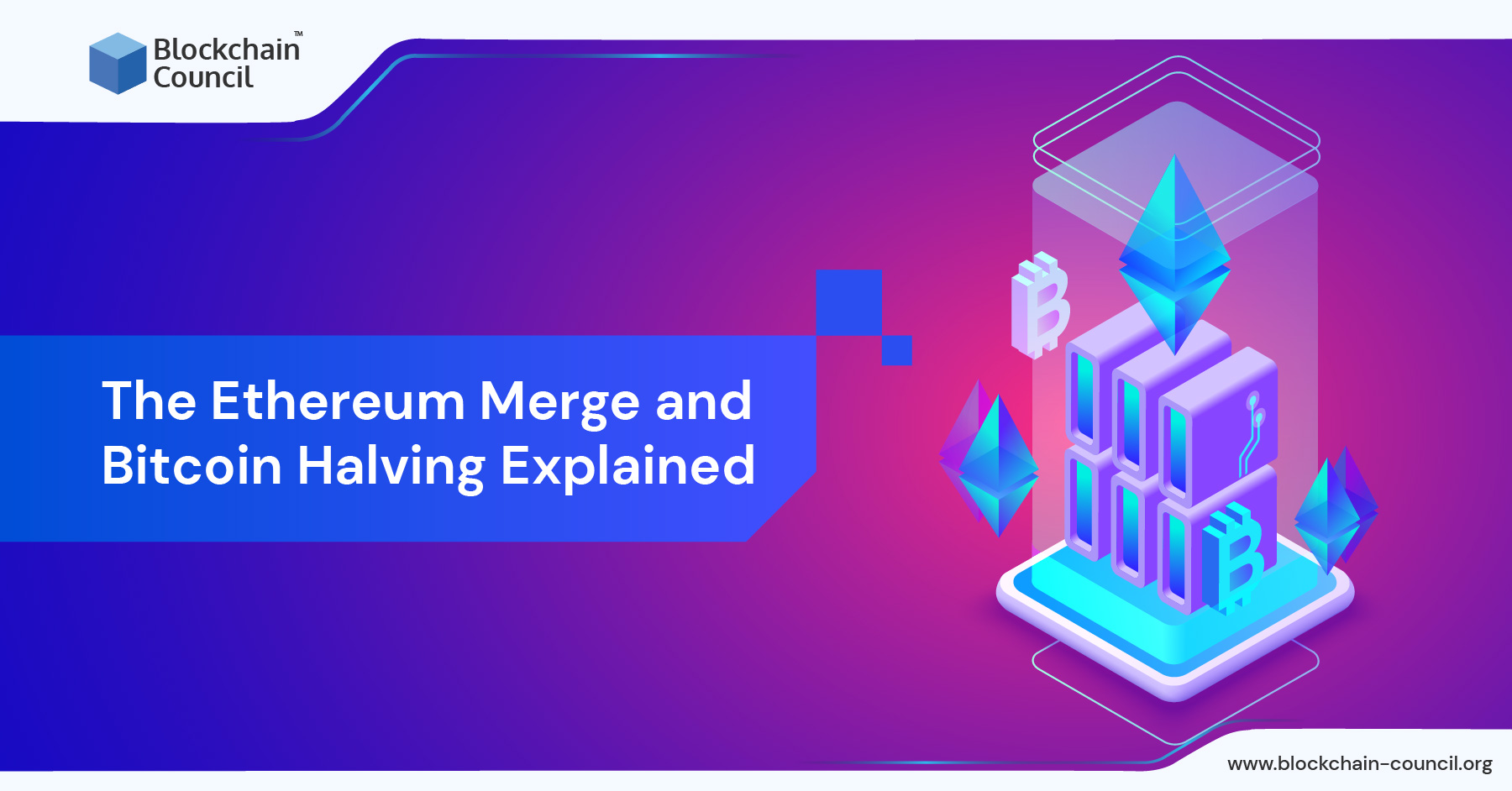 In the latest news in the cryptocurrency world, the Ethereum Merge and Bitcoin halving have become two of the most 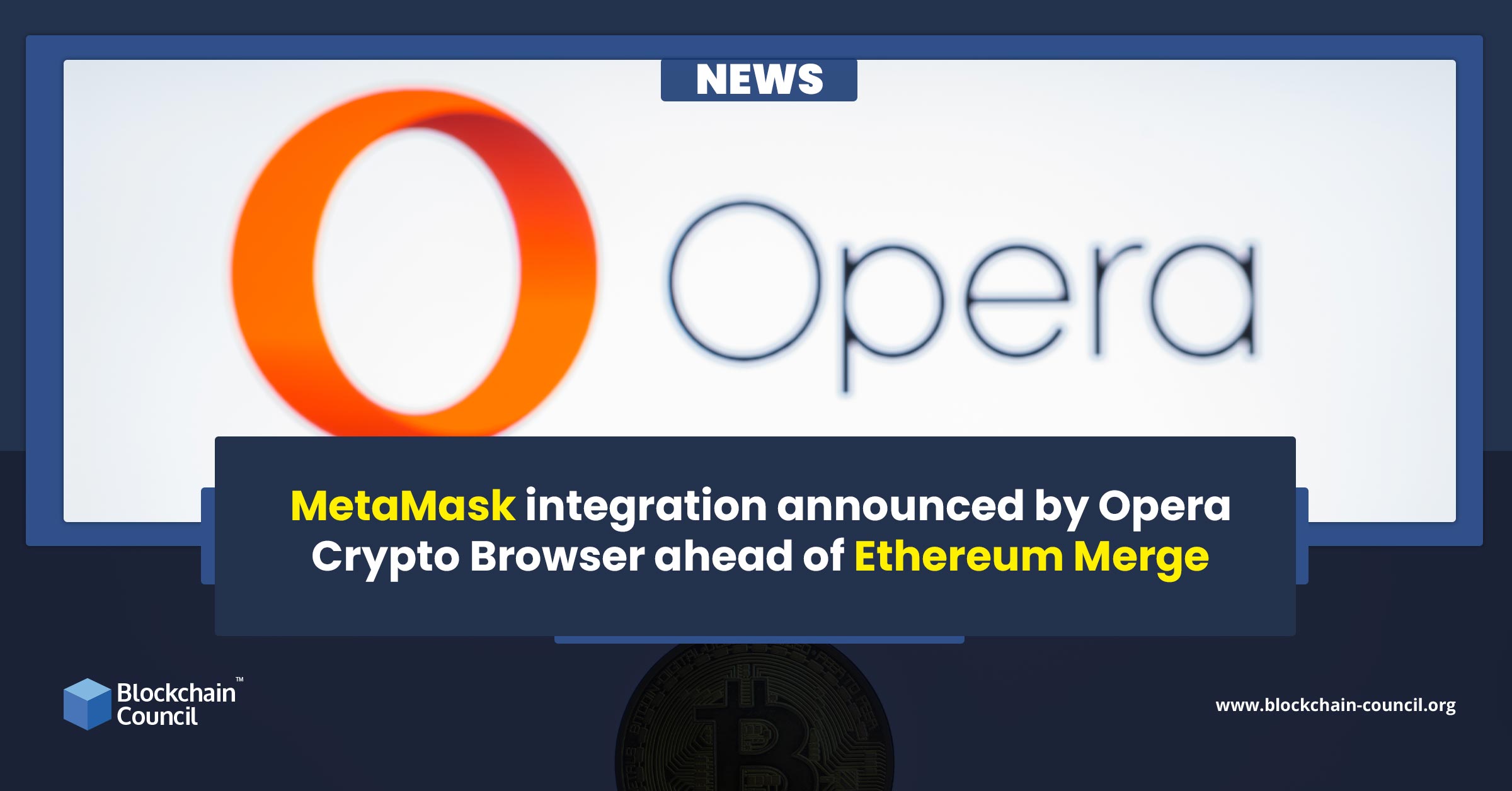 Opera Crypto Browser, a Web3-focused browser made to connect with a range of decentralized apps, now supports third-party wallets like 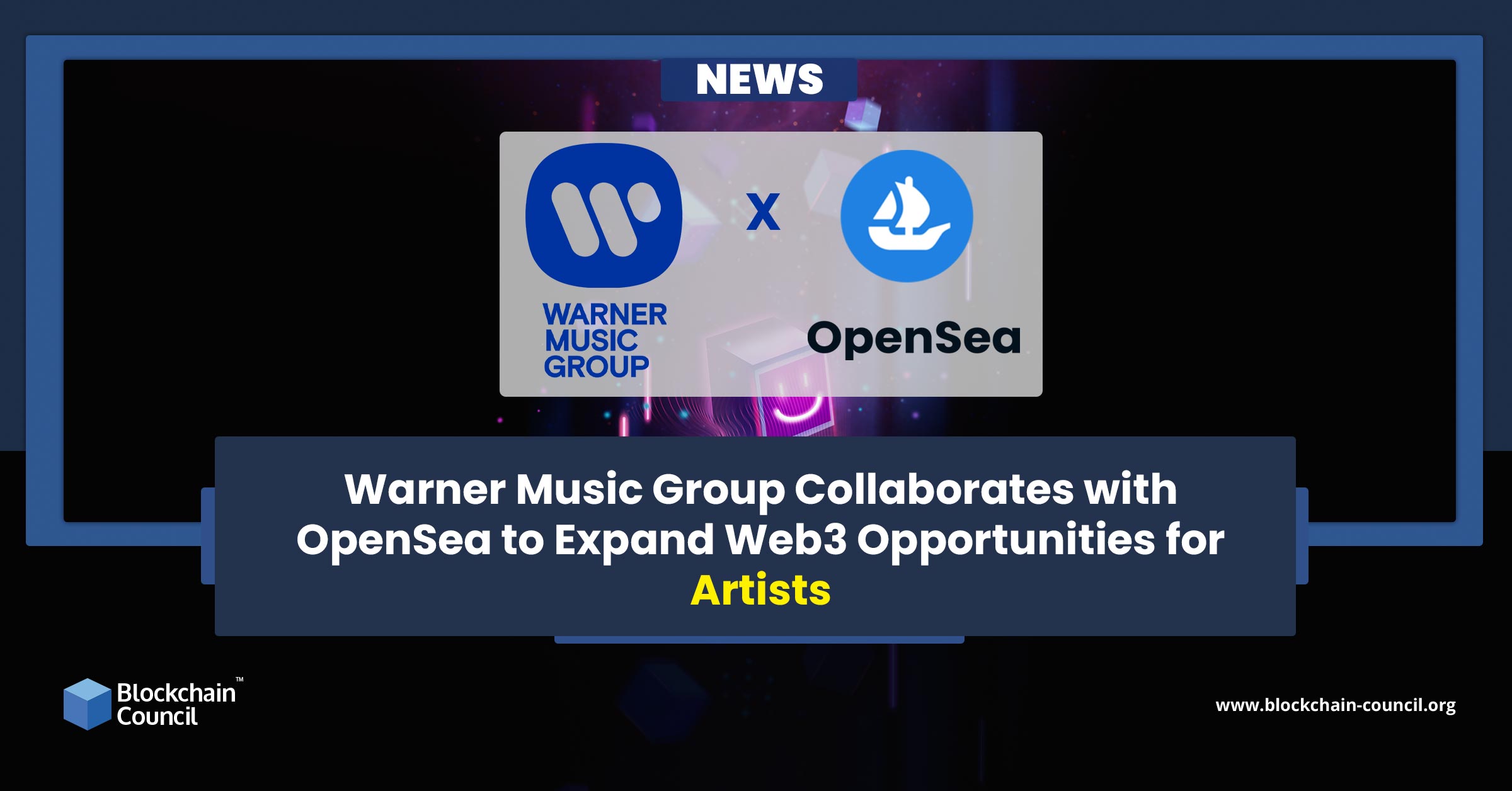 AC Milan Launched its Fan Token to Enable Fans to Vote on a Soccer Club Mot...
Scroll to top