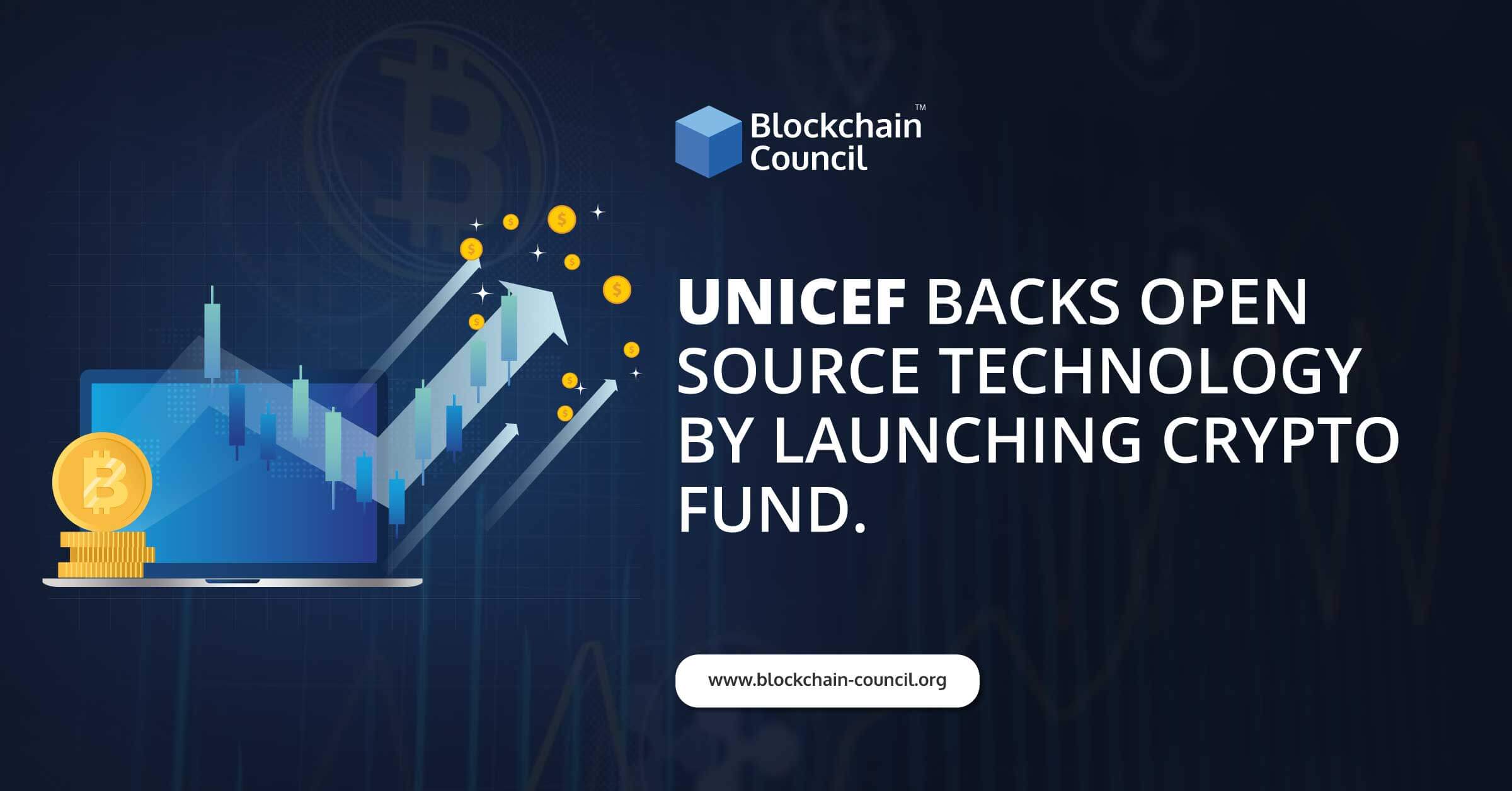 UNICEF, the United Nations Children’s Fund, has launched a cryptocurrency fund to hold, distribute, and receive Bitcoin and Ether donations. The cryptocurrency fund has been launched with the aim of backing open source technology for children across the globe. As per an announcement that was done on Wednesday, UNICEF mentioned that in a first for United Nations organizations, the Cryptocurrency Fund will grant out and receive contributions in cryptocurrency in the same digital currency form. In the announcement, UNICEF also added that the first contributions to the UNICEF Cryptocurrency Fund have been from the Ethereum Foundation and stated that this “will benefit three grantees of the UNICEF Innovation Fund.”

UNICEF is an organization that operates in more than 150 countries and territories to aid children in surviving and thriving, right from their early childhood through adolescence. UNICEF is credited with being the world’s largest provider of vaccines for developing countries. It supports clean water and sanitation, child health and nutrition, quality basic education for boys and girls, and protection of children from exploitation, violence, and AIDS. UNICEF is a body that is entirely funded by the voluntary contributions of businesses, individuals, foundations, and governments. UNICEF is an organization that believes in the power of partnerships and supports companies that are looking to strengthen their commitment towards a positive contribution to the world’s communities.

The three grantees that will receive the initial donation are Uto Pixar, Atix Labs, and Prescrypto. These donations will focus on areas such as community tokens and engagement, prescription tracking, and matching investors and those who need funding. In the words of Henrietta Fore, the Executive Director of UNICEF, “This is a new and exciting venture for UNICEF. If digital economies and currencies have the potential to shape the lives of coming generations, it is important that we explore the opportunities they offer.”</span

In a keynote speech at the DevCon event, Aya Miyaguchi, the Executive Director of the Ethereum Foundation, said that 100 Ether had been sent to UNICEF through the new partnership. The worth of 100 Ether at its current price is $18000. As mentioned by Miyaguchi in the announcement, “The Ethereum Foundation is excited to demonstrate the power of what Ethereum and blockchain technology can do for communities around the world. Together with UNICEF, we’re taking action with the Crypto Fund to improve access to basic needs, rights, and resources.”

Ethereum Foundation is a non-profit organization that operates on the mission of promoting and supporting development, education, and research to produce decentralized applications. It serves communities in Switzerland. It aims to empower developers to build a more trustworthy, accessible, and free internet.

The UNICEF Cryptocurrency Fund is the latest push of the UN Children’s Agency to adopt blockchain for its wider goal. Earlier, it was in talks with the Government of Kyrgyzstan for using blockchain to provide internet access to schools in the country through the so-called initiative of Project Connect. Last year in December, UNICEF announced that it was investing $1,00,000 in six blockchain startups for solving global challenges using blockchain ranging from healthcare delivery transparency to managing resources and finances.

Smart Contracts Use Cases For Business
Scroll to top