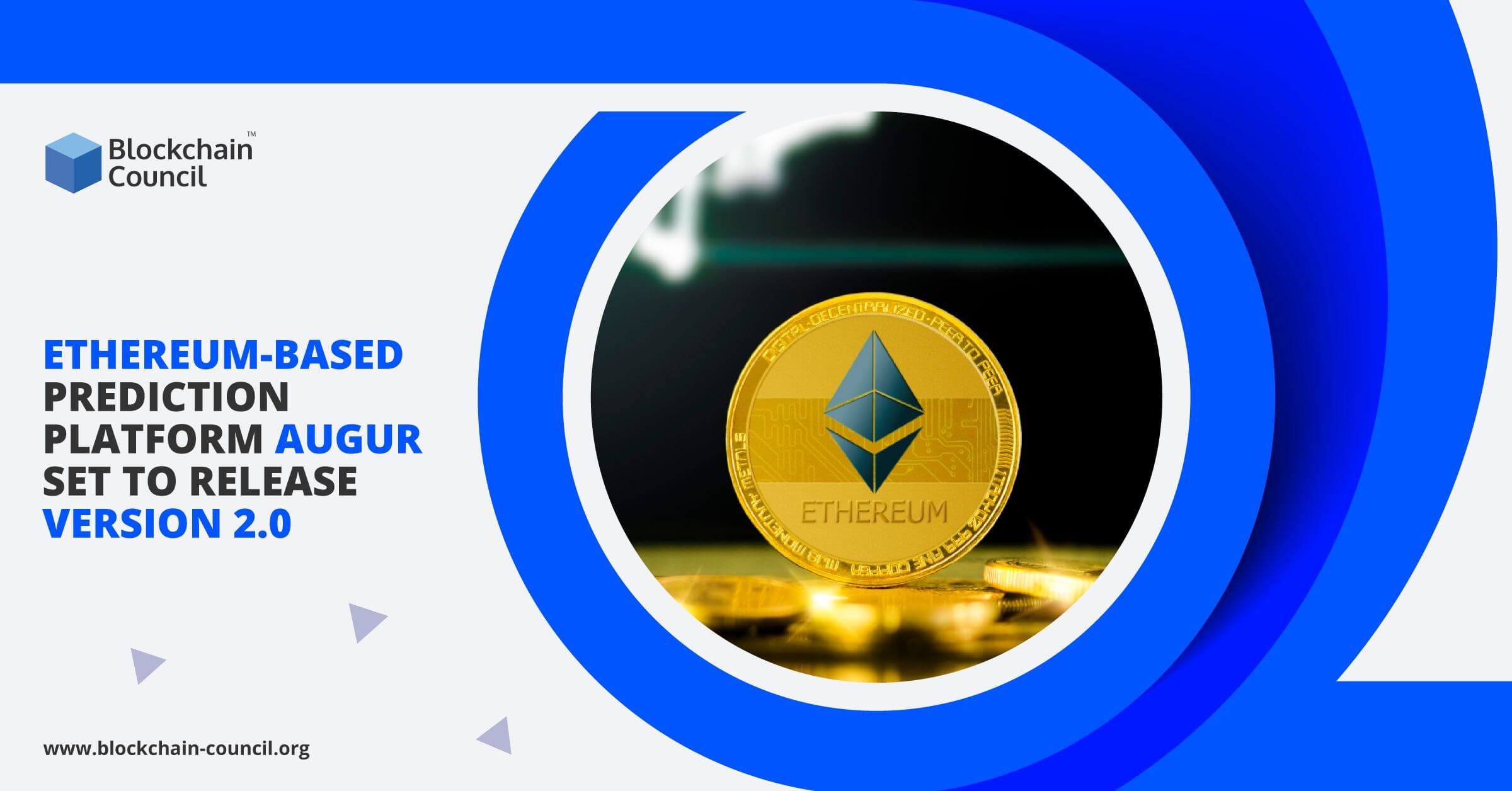 Augur, a global, no limit betting platform states that it launches a new REP token called “REPv2” while its existing REP token should be renamed to “REPv1” by the ecosystem to support a smooth migration.

Augur explains that users of its REP token (REPv1) need to manually migrate their tokens to a new version of the platform (REPv2) available from July 28.

Talking about Augur, launched in 2018, it is a set of open-source smart contracts, coded in a solidity programming language that can be deployed on the Ethereum blockchain. Augur is a peer-to-peer protocol for prediction markets, in which users receive payouts when they predict a winning outcome. EP stands for Reputation, which is the unique token usable on the Augur betting platform that’s the best way to view the token like your Reputation. Current REPv1 token ranks 44th by market cap and is trading at $16.77.

Augur platform relies on Use It or Lose It”, a concept meaning all holders of REPv1 and REPv2 will need to participate in a network-wide market fork if one ever occurs.

Those who do not participate within 60 days forking period, then, in that case, they won’t be able to participate in any of the forked and future universes of Augur.

“No immediate action needs to be taken; however, REPv1 holders will need to eventually migrate their REPv1 to REP v2 after Augur v2’s deployment,” the report stated.

Blockchain and Cryptocurrency Continues to Rising

In the June 2020 edition of the Crypto Research Report, researchers predicted the price of Bitcoin and other altcoins such as Ether, Litecoin, Bitcoin Cash, and Stellar and stated that these cryptocurrencies would get a huge surge before 2025, which may continue for about five years.

On-chain liquidity protocol Kyber recently announced that a major upgrade of Katalyst protocol would go live on July 7, 2020. Katalyst protocol aims to reduce friction in liquidity contributions, introduce rebates for high-performing reserves, and allow dApps to integrate with the Kyber network by adding a custom spread. Japanese blockchain company Soramitsu announced it would start testing a new local digital currency, ‘White Tiger,’ for retailers at the University of Aizu.

Major privacy-oriented cryptocurrency, BEAM, is making its first official move towards decentralized finance(DeFi) where confidential DeFi will be a key component in the future Beam’s DeFi offering. Moreover, earlier this month, Charlie Lee, the creator of Litecoin, announced the upcoming MimbleWimble upgrade, which aims at enhancing Litecoin’s scalability and privacy. It was noted that Litecoin’s upcoming implementation would be able to scale much better than other privacy-focused protocols such as Monero or Z-Cash.