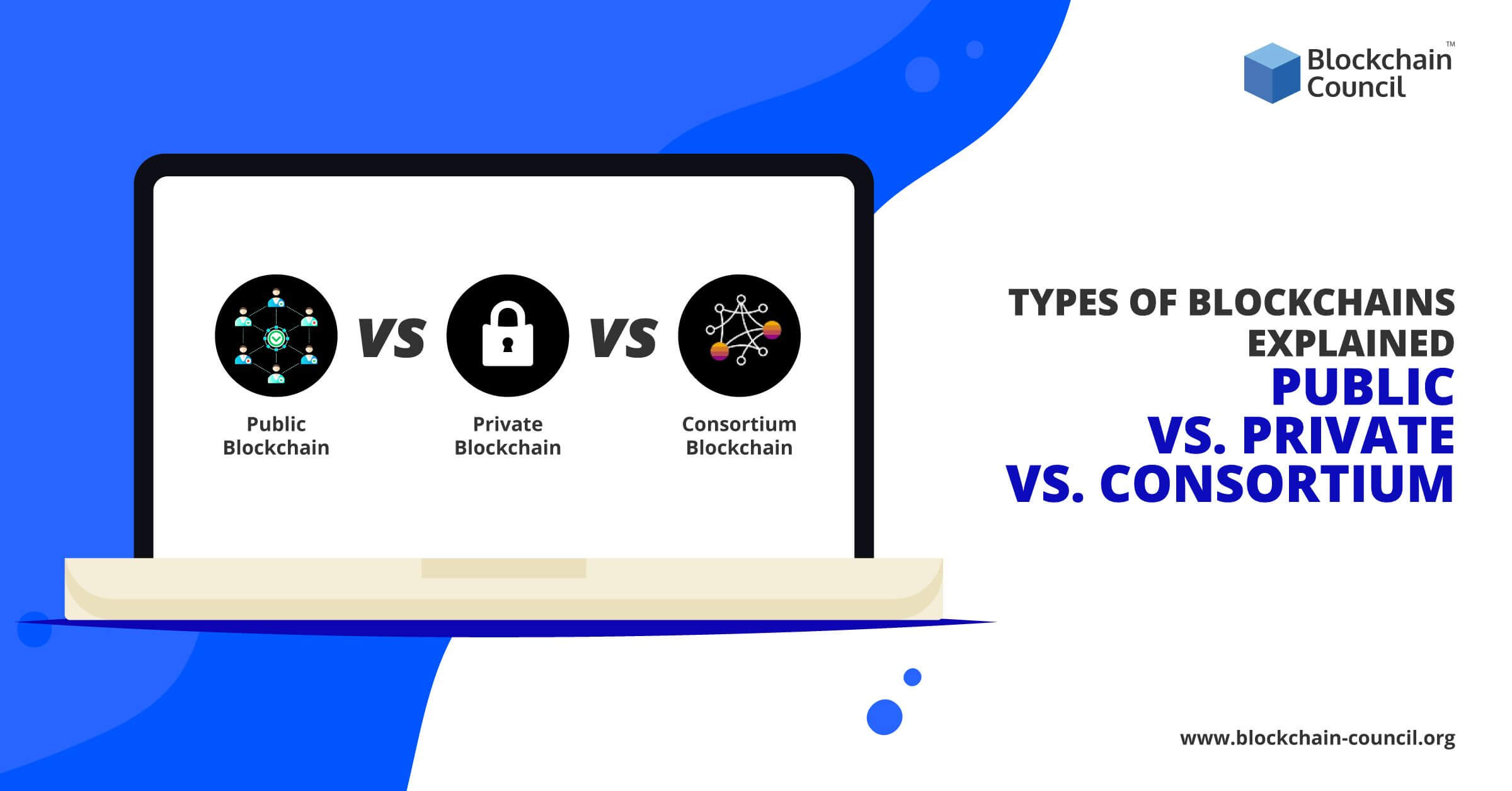 So let’s get started.

Blockchain is based on peer to peer topology that allows data to be stored globally on millions of servers. It is also described as P2P, decentralized, distributed ledger technology that works involving any third-party intermediary or central authority., unlike traditional banks that rely on intermediaries. Blockchain offers more security, transparency, immutability, and this is the reason why it is the most discussed technology at present. The technology is attracting blockchain developers and blockchain experts due to its potential to revolutionize the way industries and businesses work. Now, before any further delay, let’s start understanding about the types of blockchains.

Depending on the use and requirements, blockchains have been categorized into three types, public, private, and consortium (also known as federated). Each of these blockchain networks serves its purpose and solves particular problems, and each blockchain has its own set of features and advantages over one another. Let’s start with the most commonly known blockchain, i.e., public blockchain.

This blockchain is a permissionless, non-restrictive, distributed ledger system, which means anyone who is connected to the internet can join a blockchain network and become a part of it. The basic use of such blockchain is for exchanging cryptocurrencies and mining. Moreover, it maintains trust among the whole community of users as everyone in the network feels incentivized to work towards the improvement of the public network. The first example of such a blockchain is Bitcoin that enabled everyone to perform transactions. Litcoin and Ethereum are also examples of a public blockchain.

Consumes a lot of energy

Want to have in-depth practical knowledge of blockchain technology? Get enrolled in the Blockchain Council and become a Certified Blockchain Expert now!

Consortium blockchain(also called federated blockchains) is best suited for organizations where there is a need for both types of blockchains, i.e., public and private. In this type, there is more than one central in-charge, or we can say more than one organization involved who provides access to pre-selected nodes for reading, writing, and auditing the blockchain. Since there is no single authority governing the control, it maintains decentralized nature.

Offers scalability and much secured

Better customizability and control over resources

Less anonymous compared to other blockchains

Conclusion: Which is the Best Blockchain?

To declare which blockchain is best won’t be right because each blockchain has its own features, advantages, usage, and requirements. If you are a part of a public blockchain, then you should have an in-depth knowledge of it. But if you want to design and implement your own enterprise blockchain, a private blockchain is a one-stop solution in that case. Consortium blockchain whereas is likely to interest enterprises and organizations who want to efficiently streamline communication among one another.

Before choosing a perfect blockchain, don’t forget to reconsider your business requirements and features that each blockchain offers.