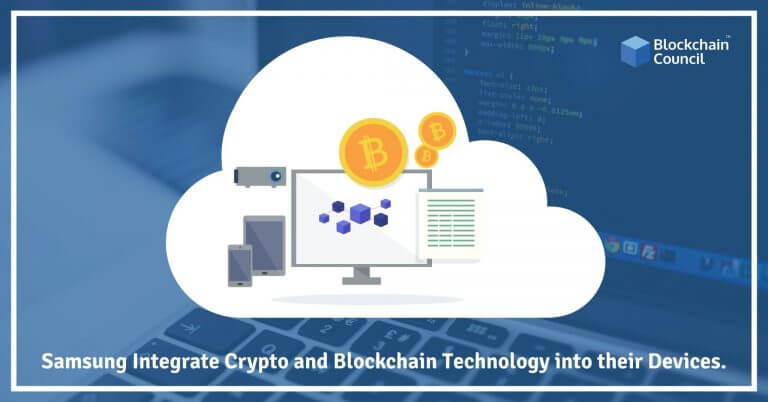 The last two years have seen a lot of interest in blockchain technology worldwide. From businesses trying to streamline their operations to investors trying to jump on the blockchain bandwagon, blockchain has definitely earned a standing on the world stage. Big tech firms like Apple, Facebook, and Samsung, are also not far behind when it comes to exploring blockchain technology and have filed numerous patents which range from blockchain based payment processors to supply chain platforms based on the blockchain. Samsung has taken its interest even further as it filed three new patents which could bring blockchain to nearly all of its mobile devices. Here’s a look at Samsung’s relationship with blockchain over the years.

The South Korean giant, which is valued at roughly $300 billion impacts nearly all sectors in its native country. From consumer electronics to manufacturing and even military equipment, Samsung does it all. According to a recent report by the World Intellectual Property Organization, Samsung recently filed three blockchain related patents. Samsung’s new patents resemble HTC’s Exodus smartphone which focuses on adding a Trusted Execution Environment to securely execute cryptographic functions. The new patents filed by the SK giant have been filed under the categories ‘Smartphones; Software applications for use with mobile devices; Computer software platforms; Application software.‘ and include keywords such as:

Samsung claims that smartphones are more secure compared traditional laptops for cryptographic applications because of the Trusted Execution Environment  (TEE). In this TEE, which exists in separate storage which is isolated from the operating system, the atomic operations are free from any alterations. By comparison, laptops and desktop computers rely on hard disks or SSDs for storing valuable financial information. These devices are therefore more susceptible to getting hacked by malicious actors on the internet. Another reason for favoring mobile devices for cryptocurrency applications is that they are more accessible to average users. In fact, most users prefer mobile wallets like Jaxx and Coinbase to access their digital assets regularly compared to hardware wallets like Trezor or Ledger which are used for cold storage. Samsung bringing a blockchain wallet to its like of Galaxy line of mobile devices would instantly open blockchain to over 400 million users worldwide.

Cryptocurrency mining has remained concentrated in the hands of a few big corporations like Bitmain and Taiwan Semiconductor Manufacturing Company (TSMC) since the early days of Bitcoin. In fact, Bitmain has a near monopoly due to the limited life-cycle that its products ship with. Bitmain has also done everything in its power to squeeze out any competition including things like throttling rival machines and lowering prices to rapidly gain market share. Samsung could disrupt the ASIC manufacturing market with its experience in producing high-quality smartphone chips which power the Exynos line of products. Samsung has the power to bring down the cost of mining equipment because it can produce them at a scale that Bitmain can’t.

Squire is a Canadian cryptocurrency mining firm which raised close to $20 million in August 2018 to develop more agile mining ASICS. In September 2018, Squire signed a deal with the SK tech giant Samsung Electronics to manufacture its ASIC chips. Squire announced that Samsung is going to be involved in the high-level design, testing and mass production run of Squire’s agile ASIC chip which will be used for mining cryptocurrencies like Bitcoin Cash, Bitcoin, and Ethereum. Samsung’s decision to produce ASIC chips for cryptocurrency mining also signal’s the company’s direction regarding cryptocurrencies in the future.

Impact of Blockchain on Big Data
Scroll to top