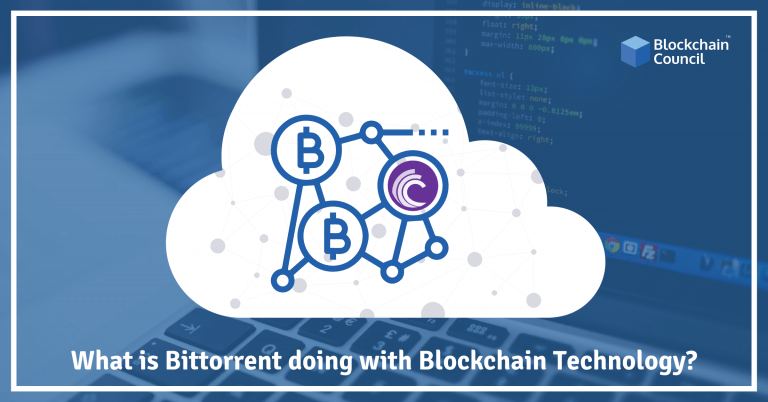 The year 2018 has been all about technological transformations, and one of the most significant changes that the world is talking about is Blockchain. Not only this technology has paved the way for the development of new business protocols but has also given the hope to develop a system which is transparent, safe and secure. To sum in simple words, Blockchain makes it easy for people to ensure data security. Starting as the underlying technology of cryptocurrency exchange, Blockchain soon found application in various other business aspects. If we talk about the key area of work of Blockchain, then it is allowing peer-to-peer data exchange.

It is this feature of Blockchain that the companies are trying to use to make this technology more universal. One of the latest addition to this series is the entry of Blockchain in the world of file sharing by acquiring one of the biggest platforms for the same, BitTorrent. We all have used BitTorrent, and it is one of the biggest platforms for sharing files. It works similar to Blockchain which enables peer-to-peer sharing of information.

Blockchain works on a combination of three concepts:

All the data exchange that takes place on the Blockchain platform are encrypted via cryptography. It makes sure the entire system is transparent while achieving privacy and security of information. Miner checks every transaction that takes place in Blockchain thus nullifying the probability of cheating or hacking of data.

The best part about Blockchain is that incentivises the participants. Miners don’t approve the transaction on Blockchain for free. It pays the miners thus keeping them motivated to make the system more efficient.

Moving towards BitTorrent, as already mentioned it is a peer-to-peer file sharing platform. So, you might ask, what’s the difference between Blockchain and BitTorrent. But, the difference lies in the mode of functioning, BitTorrent doesn’t favour incentivization which is not the case with Blockchain

Torrents do not have a distributed ledger system; it spreads the information across the network. Whereas Blockchain prevents copying of information, Torrent, on the other hand, is all about copying the information. Another point of difference between Blockchain and BitTorrent is that in the case of the earlier, the information is never lost whereas, in case of BitTorrent, old torrent could lose all its seeders and disappear from the network so you cannot trace or track the data.

What is BitTorrent doing with Blockchain?

When it comes to what’s happening on the surface, then it is being sold to a Blockchain startup with an objective to legitimise it. The Blockchain company that has made the step forward is TRON as it wants to legitimise its reputation.

BitTorrent is the developer of uTorrent which allows the user to download files from the server which is also known as a peer-to-peer network. Well, there are many legitimate uses of this platform, for example, one can download open-source projects without paying costly server fees. Despite its legitimate uses, people have found illegal uses of the same to exchange data and files which fall under the illegal category. It is being used to share the pirated content which makes uTorrent a questionable platform. Additionally, there have been cases where torrent is being used for distributing child pornography file. The news was brought forth by with New Mexico’s Attorney General. They are investigating all this. What’s alarming in case of the torrent is that the information is not stored, it gets lost over a period and thus, you cannot trace anything.

With an attempt to curb this down, Blockchain can prove useful. Since we can easily trace the information in Blockchain, to some extent tracking the people who are using it for illegal usage can become a bit simplified. The company is currently working on creating an app similar to the iOS app to watch videos. However, there is no confirmed news on this front. Another key point to note here is that we are still unaware of the fact how Blockchain startup TRON will be using Blockchain and Torrent together and what would its areas of application. But, we are surely expecting some great news on this front.