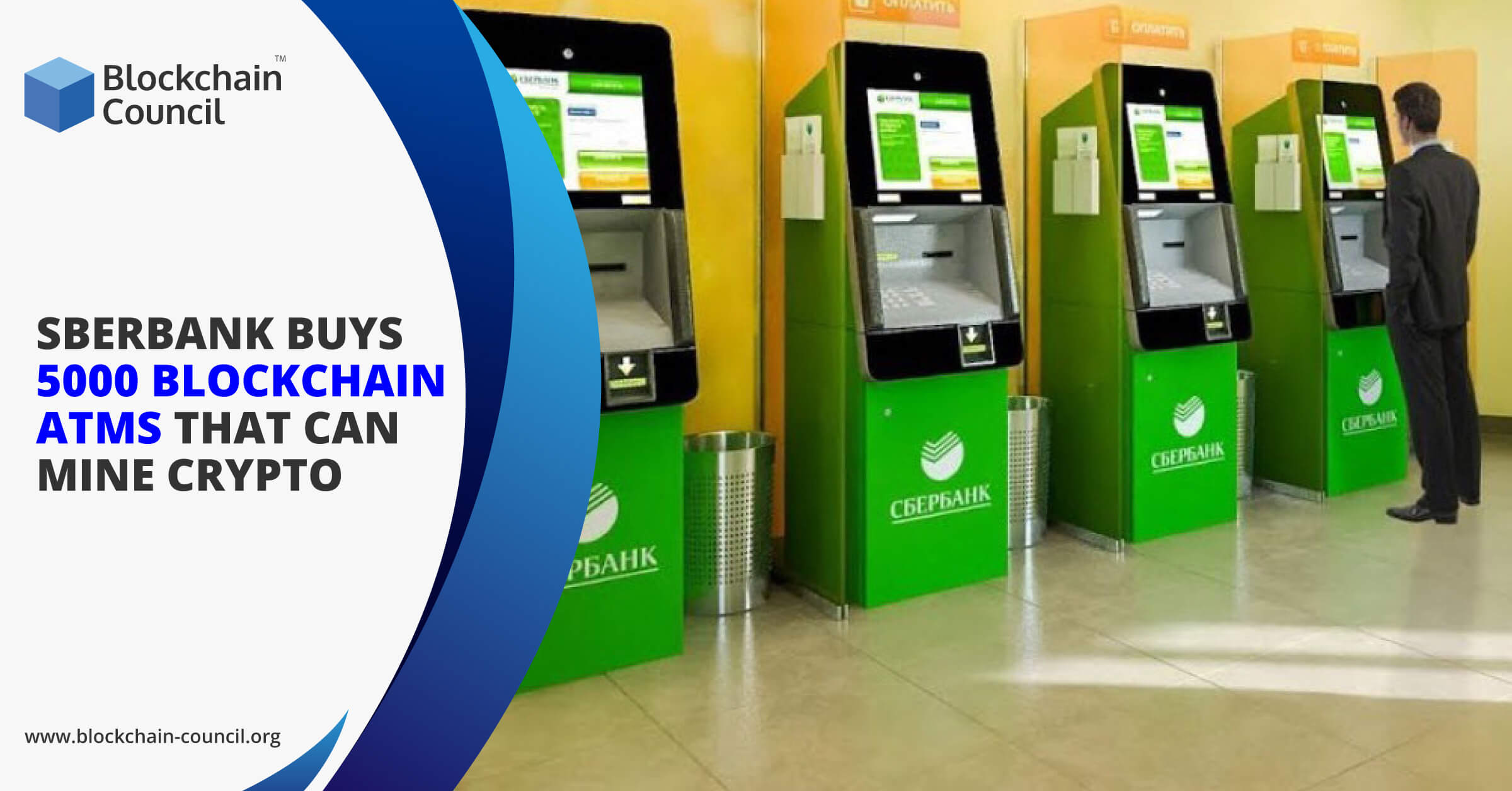 Sberbank, Russia’s largest bank, is buying 5,000 blockchain-enabled ATMs that are capable of mining cryptocurrency.  According to local news agency Izvestia, Sberbank has asked to provide 4,917 ATMs with an integrated graphic card, capable of supporting blockchain operations.  This is to boost contactless transactions amid the COVID pandemic.

Sberbank is Russia’s largest bank that holds almost 44% of all personal deposits in the country. The bank operates 14,200 branches and 77,000 ATMs across the country, and now, Sberbank is spending more than $100 million on buying more contactless ATMs powered by blockchain technology.

At present, Sberbank has around 77,000 ATMs across Russia, of which 55,000 are entirely functional. As the world is facing the COVID pandemic, Sberbank aims to cut the need for physical contact of clients with blockchain-enabled ATMs.

The blockchain-powered devices will support various contactless payment systems, including Apple Pay, Google Pay, Samsung Pay, Mir Pay, and Huawei Pay. These ATMs are also equipped with pattern recognition functionality and protected by anti-vandal systems. One of the technical requirements for these ATMs is that they should come equipped with an in-built graphic card.

However, the bank did not clearly explain the role blockchain technology will play in the new machines.

Matvey Voytov, head of marketing of Waves Enterprise blockchain platform, which has explored numerous initiatives with Russian corporations and the Russian government, explained that blockchain could be used to record users’ ATM transactions.  Alexander Chepurnoy, a Co-founder of the Ergo blockchain platform, expressed his views regarding the use cases for the blockchain capable graphic card besides mining. He stated that,

“Besides mining, perhaps it could be used for processing of some cryptographic algorithms, but I have no idea why an ATM would need it.” He further added that the card could not be effectively used to mine Bitcoin, but it could tackle altcoin mining, for example, Ergo (EFYT), Grin (GRIN) or Ravencoin (RVN).

Sberbank’s move is proving that the Russian state doesn’t want to stay aloof from the blockchain adoption. If Russia is planning the issuance of a Central bank digital currency (CBDC), Sberbank would likely be the first bank to learn about it.

As reported by the Russian business channel, RBC, Russian lawmakers have suggested punishments of up to 2 million rubles ($27,800) and seven years in prison for illegal turnover of digital assets and cryptocurrencies.
As Russia has always bolstering blockchain technology, in Feb 2020, the Central Bank of Russia (CBR) proposed a legal framework for tokenization, however, plans to label cryptocurrency transactions as suspicious activity. The framework will allow users to tokenize assets, including equities and currencies, and issue them to investors.

A Comprehensive Guide on Sidechains, RSK & Liquid
Scroll to top