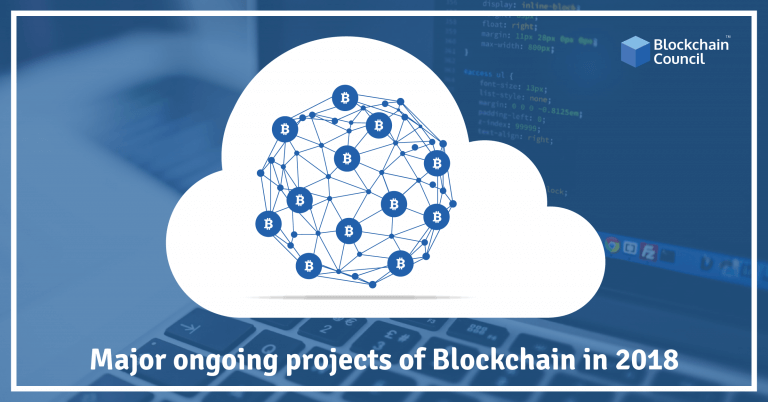 2017 has been a great year for cryptocurrencies. The prices have soared sky high and many practical projects like Etheroll have been deployed via Smart Contracts in 2017 too. As 2018 trudges along, the interest in blockchain related projects keeps growing as more investors rush in to be part of the new digital economy. Let’s take a look at some of the biggest anticipated launches related to blockchain technology this year.

Ethereum is currently the world’s most used blockchain platform which routinely handles 3 to 4 times the traffic that the bitcoin network handles. Currently, Ethereum uses Proof-of-Work as its consensus mechanism to ensure the authenticity of the ledger. However, Proof-of-Work is demonstrably inefficient and bad for the environment. Estimates have put the electricity required to process one bitcoin transaction to be equivalent to powering an entire home for around 9 days. It is clear to see that such a mechanism to ensure security is simply unsustainable.

Therefore, Ethereum is making the switch to the environment-friendly Proof-of-Stake, which relies on the validator’s own stack of ETH to validate transactions. These validators will be paid annually based on how much ETH they have staked. In this way, Ethereum will make mining redundant while still ensuring security via “cryptoeconomics.” The switch to Proof-of-Stake is planned to be rolled out in various stages. The first part of the Casper update, which is expected to take effect by Q2 2018 will see Ethereum move to hybrid Proof-of-Work and Proof-of-Stake system. The second phase of the Casper update which will activate by the end of 2018 will complete the switch to Proof-of-Stake.

Bitcoin has struggled with very high transaction fees and slow transactions due to the artificial crippling of the network by the core developers in recent months. During peak utilization, users have paid over $50 in transaction fees and have had to wait several hours for their transactions to be processed. To fix all of these woes, Bitcoin developers have come up with a new solution to the scaling problem – the lightning network. The lightning network promises near instant, low fee, peer to peer, off chain payments for Bitcoin. By keeping payments off chain, a lot of the overhead for using the Bitcoin blockchain is avoided. Transactions are periodically synced with the mainchain, so security is also ensured. The first part of the lightning network was the activation of Segregated Witness which took effect as a User Activated Soft Fork in August 2017. Since then, transactions have become marginally cheaper as SegWit allows for better organization of the transaction data. But the real upgrade will happen once the current implementation of Lightning is production ready. Currently, Lightning Network is being run on several test networks across the world so it can be tested for security and reliability. It is expected to launch by Q4 2018 according to some estimates.

EOS, which is sometimes called the third generation of blockchain platforms, is one the most anticipated launches of 2018. At roughly a $6 billion valuation based solely on its whitepaper and testnets, EOS has several purported benefits over platforms like Ethereum and Waves. The main problem that EOS claims to solve is that of scalability. With its focus on vertical and horizontal scaling, EOS plans to build commercial level dApps which could support millions of users in parallel because of its asynchronous consensus mechanism. EOS design philosophy is that blockchains should be free to use and that dApps should be able to function in parallel to each other. It applies delegated Proof-of-Stake to reach up to millions of transactions per second which will enable all of this high-performance computation. Several EOS testnets have shown promising results, and the main network launch is planned for June 2, 2018.

IOTA is the world’s biggest DAG (Directed Acyclic Graph) based cryptocurrency which offers near-instant transactions with absolutely zero fees. IOTA uses the Tangle, which is their implementation of the Directed Acyclic Graph data structure to process transactions. IOTA has been focusing on becoming the backbone of the machine to machine (M2M) economy that the Internet of Things would require by enabling micropayments. So far, however, IOTA does not support smart contracts. The IOTA foundation has been developing smart contract functionality for quite some time and it is expected to launch within the next one month. This will be a game changer for the cryptocurrency space as it will put IOTA in direct competition with platforms like Ethereum and NEO. Since it’s cheaper to run code on the Tangle, it seems very likely that IOTA could overtake its rivals in 2018.

Blockchain Use Case for the Telecom Industry
Scroll to top