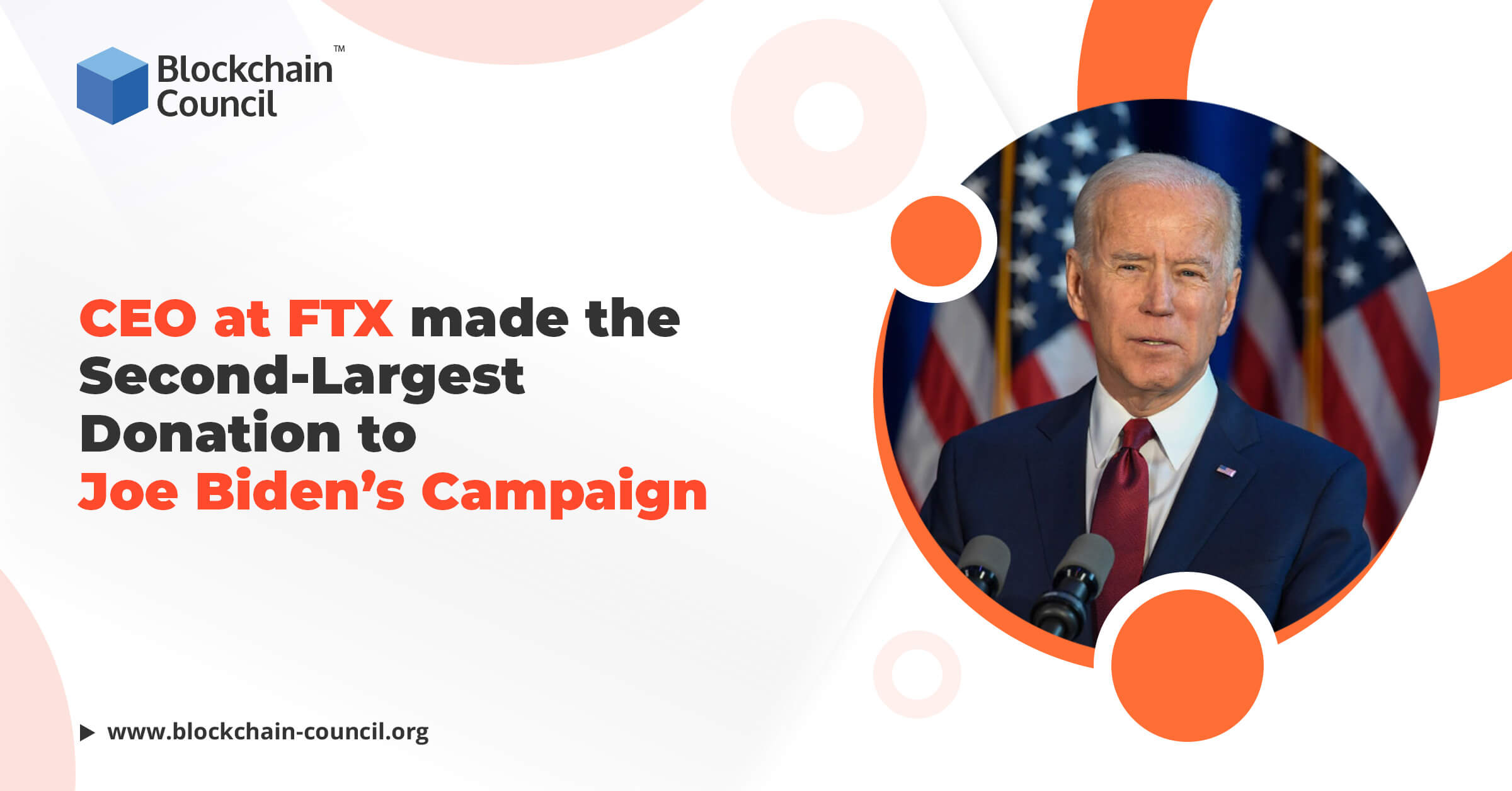 As the US presidential election of 2020 remains to be one of the controversial elections, it is remarkable to witness the flourishing scope of crypto adoption in the election process. According to the announcement, Sam Bankman-Fried, the Chief Executive Officer at FTX, a cryptocurrency derivatives exchange, has donated the second-largest value to Joe Biden’s Campaign. It was stated that Sam Bankman-Fried donated Biden’s campaign a total of $5.2 million. The report also mentioned that Michael Bloomberg, who was a mayor of New York City from 2002 to 2013, also gifted $56 million donations to the Biden’s Campaign.

Imagine, if the CEOs’ donations were votes, Joe Biden would have won the most controversial US elections already.

Big Donors Who Continue to Play Quietly for Joe Biden

As big donors continue to play quietly for Joe Biden, as of October’s report, it was also noted that Joe’s campaign had raised $200 million from contributors who have contributed at least $100,000 to his joint operations with the Democratic Party in the last six months.

Through last month, October. 14, Mr. Biden’s presidential bid earned $79.5 million from his top 100 donors, which was much greater compared to Trump’s bid that was just around $75 million.

Apart from Sam Bankman-Fried donations, other CEOs who donated larger amounts to Biden’s to this campaign include the contribution of hedge fund managers such as Seth Klarman, who donated $3 million, and Michael Sacks, who gave around $1.7 million.

According to a report by the New York Times, the fund also includes Kathryn Murdoch, daughter-in-law of media mogul Rupert Murdoch, and Patty Quillin, wife of Netflix co-founder Reed Hastings.

US 2020 Presidential Elections and The Impact of Blockchain

With the continuous rise of Blockchain applications, the revolutionary technology of Blockchain has caught the attention of the US Parliament. There have been reportedly a number of announcements regarding the impact of Blockchain/crypto in the US elections.

Polymarket, which is a decentralized information market platform, has more than $2.8 million worth of bets made on whether or not Trump would win the 2020 US election. This decentralized betting platform has gained a lot of public attention as it was reported that people who are not even crypto native users are confidently using this platform for placing their crypto bets.

Moreover, it was also reported that YieldWars, another popular crypto betting platform, has attracted over $50,000 bets during the election time.

As of now, the results are in Joe Biden’s favor, slowly getting closer to the victory.