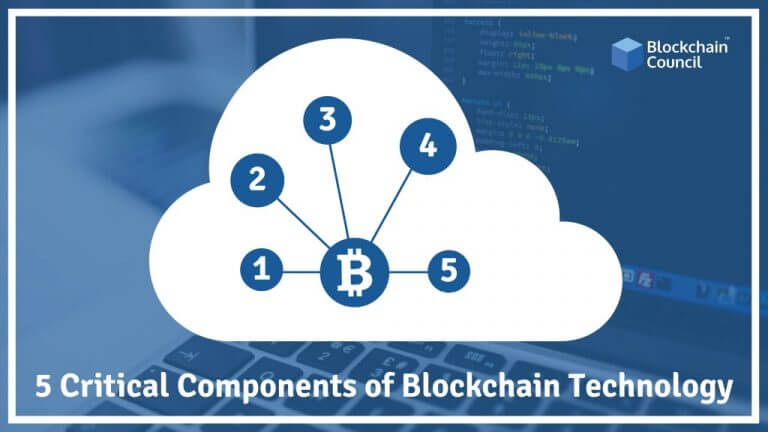 What is a Blockchain?
For most people, the words Blockchain and Bitcoin are interchangeable. But the truth is that Bitcoin is only one of the many applications of Blockchain Technology which has the potential to revolutionize many sectors of the world economy. In its most basic form, a Blockchain is simply a decentralized ledger that is validated and secured by a network of peer to peer nodes. This model has a lot of benefits as it is resistant to censorship because of being decentralized. Therefore, the Blockchain protocol has sometimes been referred to as the trust protocol of the internet.

Decentralization
Decentralization is one of the most critical components of Blockchain Technology which is the cause of all their benefits like trustlessness, censorship resistance, and immutability. At its core, Blockchains have enabled people to come up with systems that do not rely on a centralized third party to keep money safe. Due to the decentralized nature of blockchains, no central database can be taken down by a government or terrorist outfit for personal gain.
Proof of Work, the most famous consensus mechanism that is currently used to synchronize millions of decentralized nodes relies on computing power to solve complex mathematical puzzles. This ensures that funds are always safe and prevents any arbitrary dilution of the money supply. It is because of this unique feature that Bitcoin can have a fixed supply of 21 million in a trustless fashion.

Immutability
One of the central tenets of a cryptocurrency is to prevent double spends. This requires that none of the previous entries in the ledger could be modified in any way. Blockchains are especially useful in a scenario such as this because changing previous ledger entries requires an attacker to have more computing power than the entire network of miners protecting the network, which is referred to as a 51% attack. This is not in the self-interest of the attacker as this attack requires an enormous amount of capital to deploy and is therefore not likely to occur.
Immutability is of immense usefulness to several industries. Particularly, identity verification and land deeds. Throughout history, dictators have nullified previously agreed upon land titles and acts for personal gain. With Blockchain, such takeovers and rewritings of history become harder as there is a publically available ledger that ensures owners their rights. Having one’s identity encrypted and stored on the blockchain ensures that only people with proper authorization could access that information reducing the risk of identity theft.

Trustless
Blockchain’s most significant appeal perhaps lies in the fact that it is decentralized. That is to say that there is no third party that users have to rely on in order to keep their funds safe. The decentralized peer to peer network of miners protects the network by what’s called Proof of Work, thereby eliminating the need to trust any middlemen. The entire Blockchain code is open source and is available for anyone in the world to examine, thus removing any possibilities of backdoors being built into the system. This ensures that individuals could become their own banks and have much more say in how their money is used as opposed to trusting a bank to keep their money safe.

Faster, Cheaper Transactions
Despite Bitcoin’s network congestion delays right now, Blockchains are one of the fastest ways to transfer value across the globe. This is in large part due to the fact there is no intermediary to settle disputes in case of Bitcoin. All transactions on the Bitcoin blockchain are final and irreversible. This makes Bitcoin operates similarly to how cash transactions work where payments are final and irrevocable. Banks have to deal with lots of customer related issues in order to ensure smooth functioning. But this additional service costs money which is passed down to the consumers resulting in high transfer and withdrawal fees for customers.

Will 2018 Be Beneficial for Ethereum?
Scroll to top