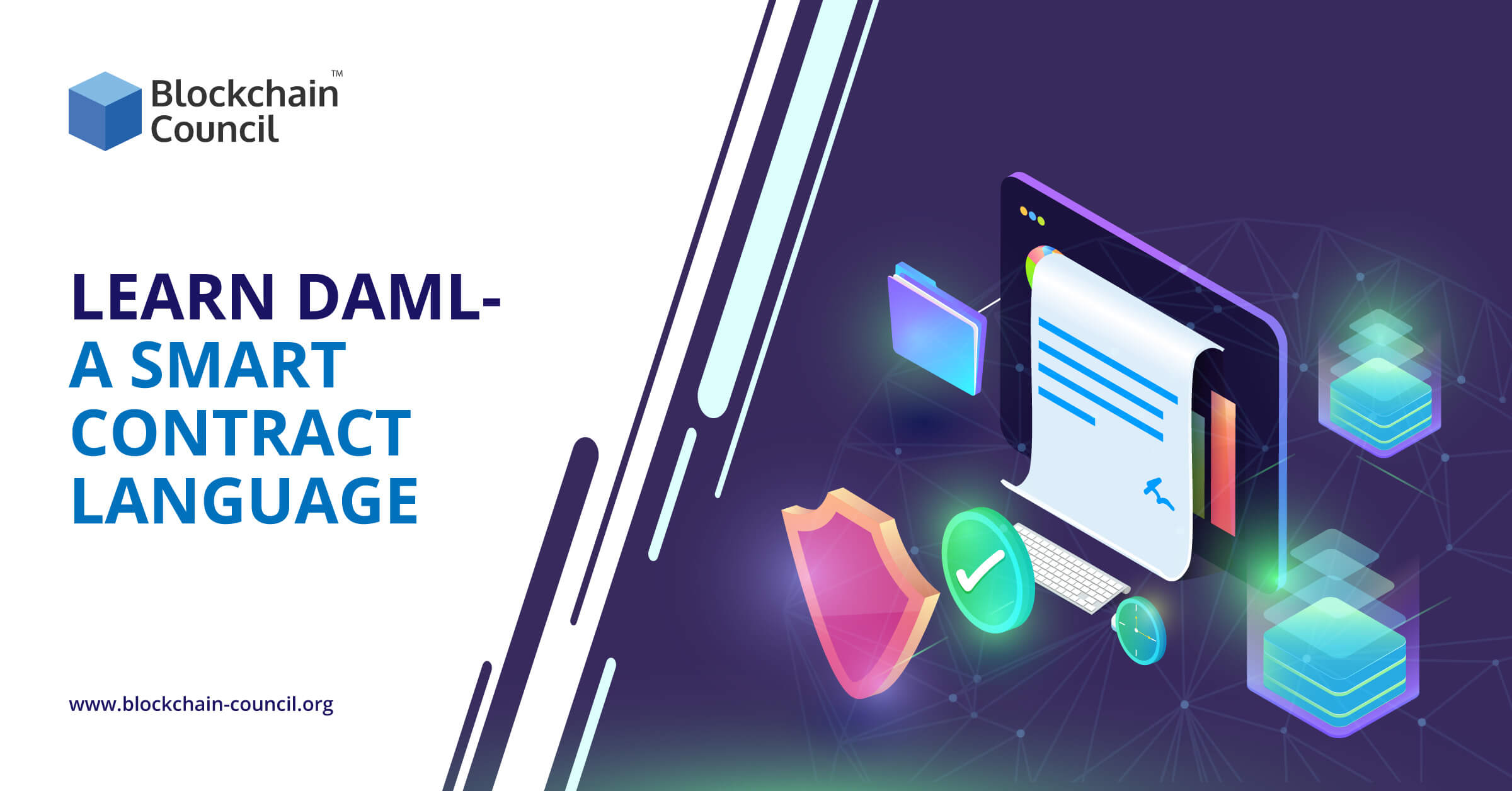 DAML is developed by Digital Asset, which stands for Digital Asset Modelling Language used to build digital assets such as smart contracts for blockchains. This technology complements digital asset’s existing technology by providing a new, verifiable way for parties to a transaction to prove updates to a distributed ledger while preserving data confidentiality. It is a new Haskell-inspired functional programming language that has been under development for a few years, and with the latest developments in the fast-changing blockchain environment, DAML is the most popular programming language for building smart contracts.

The Concept of Smart Contracts

The term smart contract is used to describe computer code that can facilitate the exchange of items such as money, content, property, or anything of value. When such smart contracts run on the blockchain platform, they become like a self-operating computer program that executes automatically when desired conditions are met. Since these run on the blockchain, they run exactly as programmed, without any chance of censorship, downtime, deception, or third-party interception. One of the best things about these smart contracts is that they run on blockchains, and blockchains are decentralized systems that exist between all permitted parties. There’s no need to pay middlemen, they save time, and there is no conflict between parties because everything is public and transparent. Smart contracts are undeniably faster, cheaper, and more secure than traditional systems, which is why, in the future, banks and governments could turn to them.

Traditional contracts are created by legal professionals using legal language. And these contracts depend on a large number of printed documents and heavily rely on third parties for enforcement. In the traditional system, users may need to employ the services of government lawyers. This process can take a lot of time, and you cannot be sure what will happen with the money you pay.

In contrast, smart contracts are usually created by computer programmers. The language of smart contracts is not an obscure legal language but instead computer code using “if,” “then,” “else; They are entirely digital and written using programming code languages such as Solidity, C++, Go, Python, Java. This makes smart contracts easier to understand and read. Anyone can understand the logic behind this language, and the functions will be executed exactly by the distributed ledger system or the Ethereum virtual machine as per the instructions.

Now the question arises, what makes DAML different from other smart contract languages. A few of the major characteristics of DAML are listed below.

It is an open-source that is freely available to all developers. This freely opening source code allows financial institutions, healthcare providers, retailers, and other users of the language to use DAML to model and execute contracts through blockchain technology without fear of vendor lock-in.

One of the shortcomings of publicly distributed ledgers is that every node on the platform can view the data that is present in the smart contracts, and to eradicate this limitation, the combination of DAML and a private DLT platform offers a solution. DAML is optimized in a way that it works perfectly in a private execution environment. The information carried in the contracts stays private such that only authorized parties can access it.

DAML is a functional language

It supports all the standard functional design patterns, integrated with a clean and well-specified ledger model that allows programmers to encapsulate business reasoning in strongly typed mathematical functions. The strong typing enables the behavior of a function to be checked automatically by the DAML system, thus helping the programmer reason about how each part of their program will affect the state of the ledger.

With DAML, programmers describe how contracts and besides defining the contract process, the language takes care of encoding of ideas like contracts, rights, parties, authorization, and obligations, and the developer only has to deal with the logic of their business; rather than how to encode these ideas as lower-level machine constructs.

Comparison of DAML with Smart Contracts

When it comes to sharing written agreements, DAML differs from traditional smart contracts. Smart contract languages such as Solidity share the information publicly, and therefore the whole network can access the details. On the other hand, agreements written using DAML are available on a need to know basis and undesirable third parties do not have access to the details. In short, we can say that DAML utilizes an extra layer of security whereby the data is not even available to unauthorized parties.

Presently blockchain technology is in the transition state. It is moving from the world of hype to the world of reality by developing various blockchain-based applications and smart contract languages such as DAML. DAML is a precise, functional language for writing safe contracts and provides built-in support to validate model correctness during development and abstracts away ledger details so developers can focus on contract logic. As the language is still developing, it is highly likely that DAML might become the primary language for writing contracts.