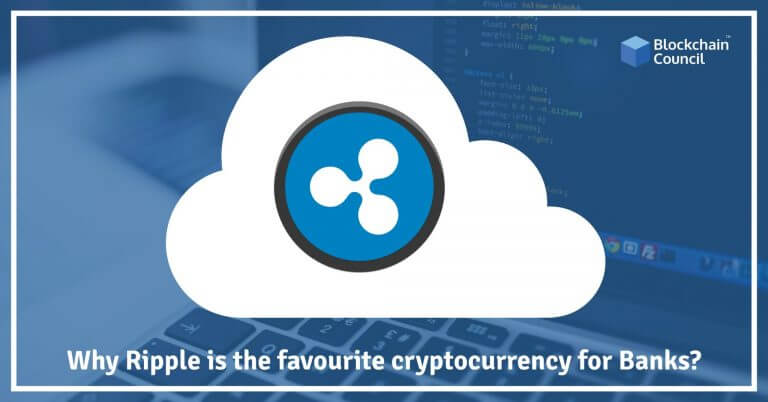 Ever since the early days of Bitcoin, community members have been strongly opposed to centralized forms of cryptocurrencies as they give a disproportionate amount of power to a select few and that is against the spirit of cryptocurrency. However, decentralized cryptocurrencies like Bitcoin and Ethereum remain slow because millions of nodes have to be synchronized in real time to ensure security. That is why Ripple is a promising alternative to fully decentralized cryptocurrencies and will have critical applications in sectors such as finance and banking. In this article, we take a look at the architecture of Ripple which makes it a favourite for banks.

How is Ripple’s Architecture Different from that of Bitcoin?

While both Ripple and Bitcoin are blockchain based cryptocurrencies that can be used to facilitate cross-border payments, there are a few key differences between the two which make each of them more suitable for different applications. The primary difference between the two is that Bitcoin is completely permissionless while Ripple is permissioned. It means that any person in the world can join the Bitcoin network and share their computing resources to become a miner and secure the network, earning rewards in the process. By contrast, Ripple is a permissioned ledger which uses legal entities such as banks and universities to validate transactions. Ripple’s validators include companies such as Microsoft and Consultants to Government and Industries (CGI) along with universities such as the Massachusetts Institute of Technology (MIT) which form the basis of transaction processors for the XRP ledger.

Ripple’s architecture provides banks with official records of asset ownership and legally accountable participants and makes more sense for banks since it mimics the real world of finance. In the real world, all participants in financial banks are authentic and entities like validators and transmitters require legal identities to maintain liability. Not only is the network more secure for finance, but it also has a significant advantage for the throughput of the network. While Bitcoin and Ethereum can handle 3 to 7 transactions per second, Ripple is designed to process over 1500 transactions every second! This huge leap in throughput comes as a result of fewer resources being diverted to mining since validators are already trusted entities. Bitcoin’s network has been susceptible to backlogs and very high fees at times of heavy usage where users have to wait several hours and pay over $20 in fees for their transactions to go through.

Ripple’s main advantage comes down to saving money and time for the banks when processing international transactions. Bill Gates supported this position and said that “there’s a lot that bitcoin or Ripple and variants can do to make moving money, between countries easier and getting fees down pretty dramatically.” Owing to its efficiency in facilitating exchange and especially cross-border transfers, Ripple has secured some of the most high profile partnerships with banks in the world of cryptocurrencies. Ripple’s two main services xRapid and xCurrent are being extensively tested and employed by banks around the world to bring down their SWIFT transfer costs. xCurrent is competing primarily with SWIFT’s (Society for Worldwide Interbank Financial Telecommunication) outdated messaging system and allows for a quicker settlement in cross-border payments but still requires nostro-vostro accounts to be held by participating banks. XRapid is the next step in the field of cross-border payments which utilizes XRP as a bridge asset between currencies thus eliminating the need for nostro-vostro accounts while at the same time providing very high liquidity. xRapid allows for massive savings, with an additional 40% saving for banks by adopting Ripple’s native token. Some of the largest banks and financial institutions in the world like PNC Bank in the USA, Cargill’s Bank and American Express have successfully concluded their trials with xCurrent and have integrated the service in their regular operations. They can get even more out of their partnership with Ripple by switching to the xRapid standard and making SWIFT transfers obsolete.

China to legalise Blockchain Based Evidence in Courts
Scroll to top