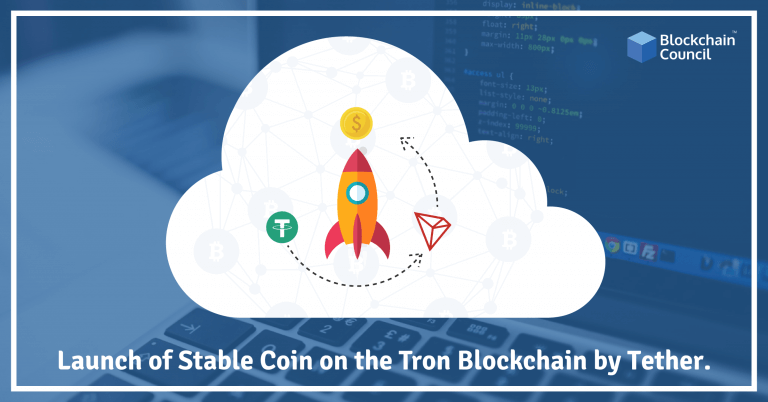 According to the press release from Tether on 4 March 2019, TRON Foundation has partnered with Tether to make Tether’s USDT available on the TRON Network, thereby making it accessible to TRON’s user base. It plans to implement the same from April 2019. The TRC-20 token will be launched on TRON’s network in the early second quarter of 2019. TRC-20 is a technical standard used for smart contracts. It is used on the TRON blockchain for implementation of tokens with the TRON Virtual Machine (TVM). It is compatible with Ethereum’s ERC-20 standard.

TRON is a highly ambitious project dedicated to establishing a decentralized internet. TRON’s backbone is its blockchain enthusiasts who have previously worked for internet giants such as Baidu, Alibaba, and Tencent. Tether is a cryptocurrency where tokens are issued from Tether operations limited. It acts as a stable digital currency solution for businesses.

Tether is the company which has developed the USDT Stablecoin. Tether Operations Limited is a company which converts FIAT currency into digital currency. Tether is named a stable coin as it was originally designed to always be worth $1.00. But Tether’s recent statement caused confusion as they had stated that though USDT Tokens are still backed by Tether, they will not always be backed by US currency. Instead, Tether has conveyed to its customers that its USDT coins will be backed by reserves which include cash equivalents and traditional currency and may sometimes also include receivables from loans and other assets.

Tether limited mentions that Tether is not a financial instrument. They further state that a person who owns Tethers does not have legal claims, guarantees, and contractual rights against losses. Tether Operations Limited is a company which converts FIAT currency into digital currency. So, this makes it clear that each digital token is backed 100% by the reserves.

TRON believes that the addition of Tether to its blockchain will help in improving overall value storage. It helps in elevating its existing Dapp ecosystem. Justin Sun, CEO of BitTorrent and the founder of TRON, mentioned that this collaboration with Tether will bring “incredible stability and confidence to users” as trading tokens with US-backed Tether would be easier.

Implementation of USDT will increase the Decentralized Exchange (DEX) liquidity of the company. This development is an upgrade from the OMNI protocol-based USDT which will now enable users to hold and transfer cryptocurrency through smart contracts which will ensure instant delivery. The users can now transact in FIAT-based cryptocurrencies without being apprehensive of the price volatility.

TRON has announced a 100-day campaign to promote the use of USD Tether based on TRC-20. According to the campaign, the user stands a chance to earn approximately 20% annualized return on USDT-Tron for the first five days of the program. The tokens must be held throughout the 100-day period.

The token launched on 16 April 2019 will enable both Tether and TRON users to transact with the coin on the TRON blockchain. Users will now have access to a cryptocurrency which is pegged to the US dollar.