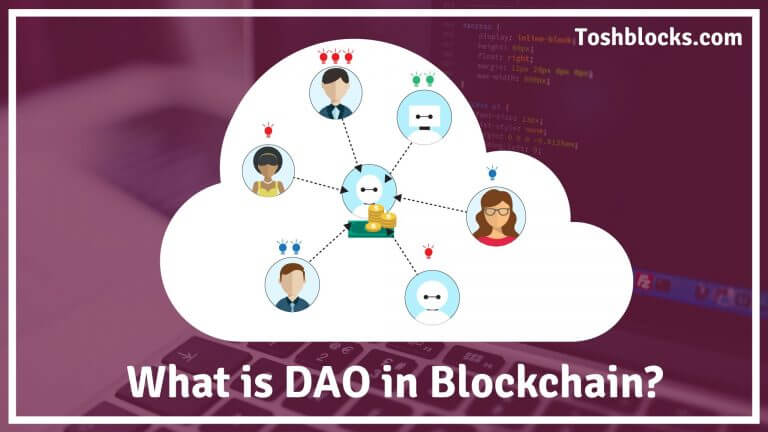 DAO is the organizations running in the software in a fully democratic way. Before we jump into how exactly they work, we need to go through the tradition organization structure quickly.

What is Decentralized Autonomous Organization (DAO) & How DAO works? from Blockchain Council

An organization is the group of people working on a common interest. This is most of the time is to make money for the shareholders. The organization follows certain rules which are governed by the Government of the place where the organization has been incorporated.

The rules & regulation of running the organization are written in Bylaws or Memorandum of Article, Article of Association.

DAO is just the digital version of the above arrangement where all rules & regulation are written in the source code rather than the piece of paper. They are executed by thousands of people/computers together through some consensus-based algorithm. The platform where the DAO runs is called Blockchain. The most common case where the DAO can be written is Ethereum Blockchain. In Ethereum, they are written in Solidity Language.

How does DAO work?

In the DAO, each action or vote is represented by some form of transaction in the Blockchain. Here the members are represented by the address (in Ethereum, It’s Ethereum address). These addresses can be owned by a human, a robot, an IOT device, or even another DAO. This makes it ideal for a fully automated system to run the full-fledged organization.

Each member is given a token which represents the shares of the DAO; these tokens can also be used to vote in the DAO to take a certain decision. The token is nothing but another kind of contract sunning on top of Blockchain. The more token an address has, the more control he will have on the DAO.

Each member will have the rights to submit the proposal to take certain decisions. These decisions can be:

In the DAO, since this is nothing but a democracy which is running in the Blockchain the voting power can be optionally delegated to someone to whom a member trust more. This is in fact just like voting by proxy in the real organization.

It can also raise fund through some crowd sourced funding by issuing the tokens/shares to anyone who is paying the money to them. This payment and issuing the shares/token can be done in real time unlike the more than 60 days process in the real organization.