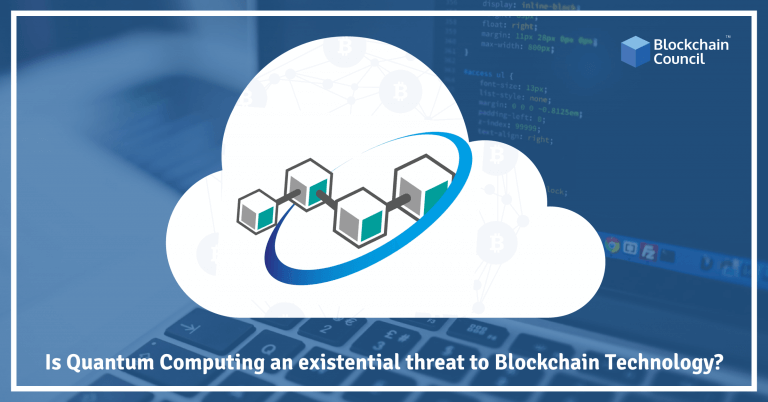 There is a lot of euphoria surrounding Bitcoin and other cryptocurrencies at the moment, and this has translated to exponential rises in prices over the last year. A lot of the hype surrounding cryptocurrencies is justified as nearly every industry in the world can benefit from Blockchain Technology in one form or another. But amidst all of the excitement, it is essential to evaluate whether the underlying technology is resistant to other emerging technologies, namely quantum computing. Since the fundamental of Blockchain Technology is focused on ensuring security in a decentralised fashion, let’s take a look at how quantum technology changes the equation when it comes to security.

The security aspect of this cryptography scheme comes from the fact that given the public key, it is practically impossible to come up with the corresponding private key. In other words, there is no way other than guessing and checking different private keys. With the current computing resources we have, it would take an extraordinarily long time to find the correct private key. Assuming that a classical computer tested a trillion keys a second, it would take up to 1.09 x 1019 years to guess the correct answer. To put numbers into perspective that is roughly about 785 million times longer than the age of the universe (approximately 14 billion years) because public key cryptography relies on prime numbers for key generation.

As it exists, the current paradigm for digital security relies heavily on the sanctity of the assumptions underlying in the previous section. If quantum computers were to make our current security framework obsolete, it would also be a disaster not only for public key cryptography but for all other financial and banking systems as they exist today. The quantum computing threat comes from the fact that quantum computing takes advantage of quantum bits or “qubits” that can exist in any superposition of values between 0 and 1, therefore, process much more information than just 0 or 1, which is the limit of classical computing systems. As a result, quantum computers can handle many orders of magnitude more than traditional computers. Currently, however, quantum computers can only work on a limited number of highly specific applications. Companies like Google and IBM are working on their implementations of quantum computers which are said to be a 100 million times faster than classical modes of computation.

How Blockchains Will Keep Up?

If in the future, the threat of quantum computers becomes more pronounced to public key cryptography, there are many changes that blockchains can implement to become quantum resistant. Already, projects like the Quantum Resistant Ledger (QRL) have their implementation of a blockchain that will not be affected by the exponential increase in computational power of quantum computers. QRL ensures quantum resistance by making sure that private keys are generated in a very complicated way that relies on hash-based cryptography compared to current public key cryptography. So far as the consensus algorithm of Bitcoin, Proof of Work is concerned, it could easily be upgraded using a hard fork that has been used several times in the past. Since quantum computers can make many hash functions obsolete, the underlying Blockchain of many tokens would have to change their architecture fundamentally.

Advantages and Disadvantages of Permissionless Blockchain
Scroll to top