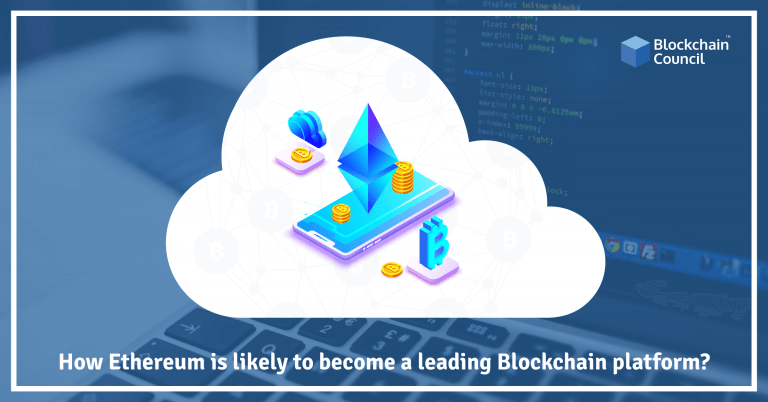 After Bitcoin, if there is something that the world is talking about is Ethereum. It has been dominating the cryptocurrency and smart contracts world since 2015. In terms of growth, Ethereum observed wider and multiple fold growth. This was so much that it challenged the dominance of Bitcoin. Let us unfold why Ethereum gained popularity.

Well, if we talk about Bitcoin, then it is still dominating the cryptocurrency world. It won’t be wrong to say that Bitcoin is the king of the world of digital currency. However, the scenario changed after 2015 when Ethereum came into the picture. It slowly gained popularity owing to its dual nature.

Ethereum Has To Offer Dual Benefits To Its Users

An important point to note about Ethereum is that it has its platform written in Go, Rust, and C++. As mentioned above, Ethereum can be used as a platform to create decentralized ledger- the Blockchain. Since this doesn’t involve third-party interference or any hidden bank fees, it is paving the way for new platforms of transactions like:

While working on Ethereum or using this platform for transactions, it adds Blocks or records of transactions. This takes place at a faster rate as compared to Bitcoin and hence makes it a preferable choice for creating a decentralized future.

Another reason why Ethereum is growing and gaining popularity is that it has four times more coins’ circulation in the market as compared to Bitcoin; this is roughly around 92 million per day.  It also has a market cap of $32.6 billion. Ethereum is aptly seen as the future of Blockchain as it allows the apps to run on its platform which empowers transaction differently.

The popularity of Ethereum platform for app development can be deciphered from the fact that many big names of the industry are relying on Ethereum as a platform for the development of apps powered by Blockchain. Some of the names include USB or Union Bank of Switzerland, Accenture, Cisco System, Deloitte, Hyperledger, Hexa Foundation, Intel, JP Morgan Chase, and many others are partners here. The platform has evolved since 2015 and continues to offer an excellent choice for those who are looking for app development on a decentralized platform.

What Else Ethereum Has To Offer?

In addition to becoming a platform for decentralized app creation, and cryptocurrency exchange, Ether’s software also enables the creation of smart contracts. These pre-programmable contracts find extensive usage across different industry. One can use smart contracts for transactions, execute of payment, etc.

To sum in simple words, Ethereum provides a platform for the developers to create decentralized apps or Dapps.  It won’t be wrong to say that Ethereum is undoubtedly becoming the center of attraction for those who are willing to develop apps and are looking for a better alternative than Bitcoin Blockchain.

As mentioned above, smart contracts can be practically used for anything. Ethereum allows the development of smart contracts using the Turing-complete programme.  A simple example to explain this is like you want to collect funds of around $ 7000 for charity. All you need to do is create a simple program that aims at collecting funds from donors.

Some Of The Projects On Ethereum Blockchain

Did you know that VeChain which has the market value of $2billion is based on Ethereum network?

Another example is Tron which is transforming itself. It is turning out to be a competitor to NEO ( China’s Ethereum).

Well, Blockchain might not be as commercialized and mainstreamed as AI, IoT, and other technologies, but it is undoubtedly gaining popularity and steadily expanding its zone of application. Ethereum Blockchain offers open source and dynamism to the developers. It is thereby attracting the developers to come up with innovative apps that can change the course of business operations forever.