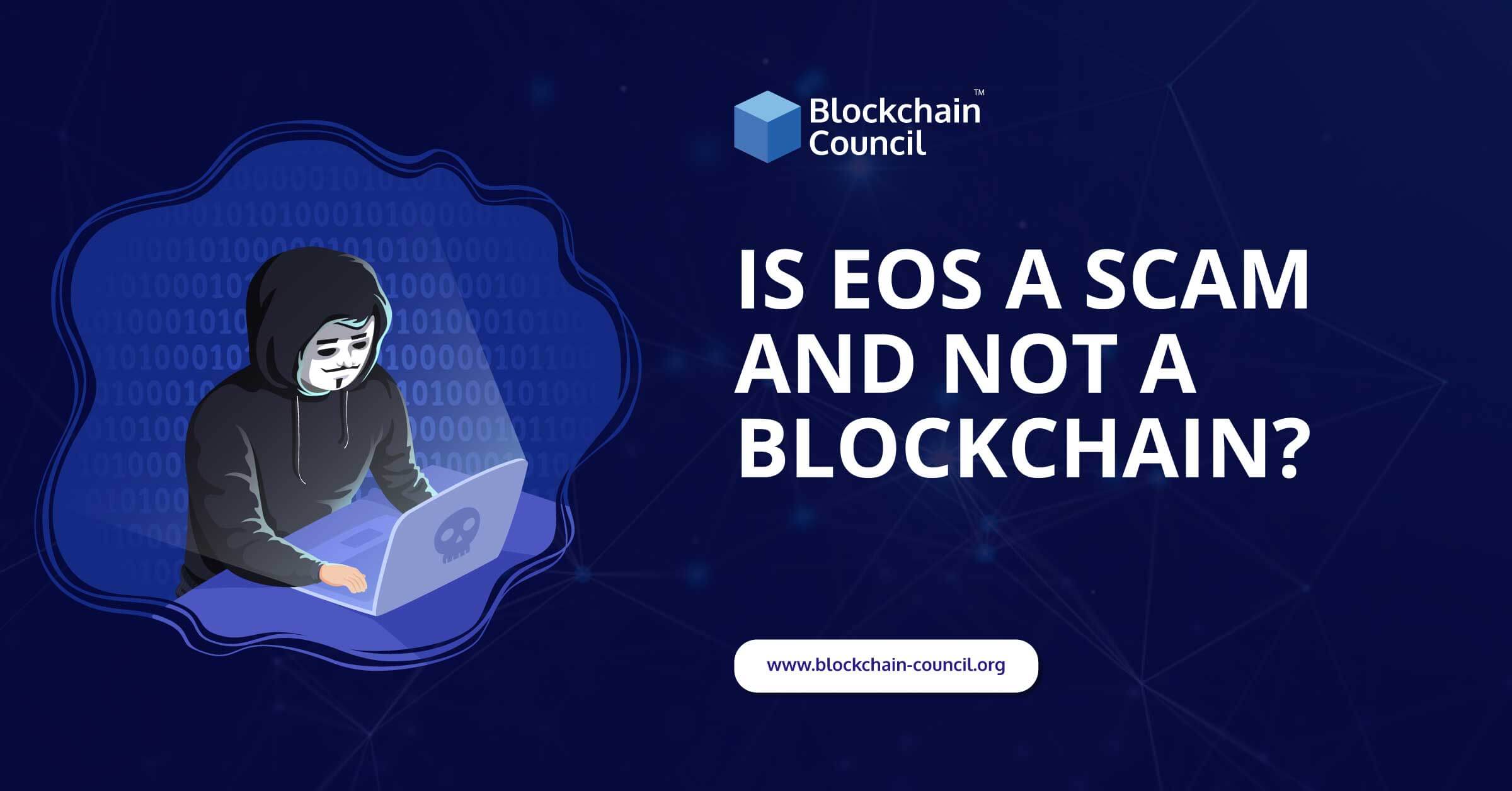 EOS is a smart contracts protocol powered by blockchain for developing, hosting, and executing decentralized applications (Dapps). The first testnets and the whitepaper of EOS were launched in 2017 while it was launched as open-source software in 2018. Developed by block.one, a startup registered in the Cayman Islands, it is led by Daniel Larimer and Brendan Blumer. EOS is its native cryptocurrency and this token is staked for using network resources for personal use or for leasing out to developers. It is one of the newest blockchain projects to have entered the cryptocurrency market.

It aims to build a network which can process millions of transactions per second. It also eliminates user fees and helps in the quick and easy deployment of decentralized applications. EOS started as an ERC-20 token and migrated in June 2018 to its platform. EOS is a software which introduces a blockchain architecture which is designed to enable vertical and horizontal scaling of decentralized applications. It achieves this through an operating system on which applications can be built. EOS uses the delegated proof-of-stake consensus model for block validation. This means that it rewards its investors with voting power and they get to decide the person who can mine the EOS blockchain.

The two major entities the EOS network rests upon are its judicial branch, the EOS Core Arbitration Forum (ECAF) and Block Producers (BPs), those who produce blocks on the blockchain, similar to miners. The block producers earn tokens which are produced by inflation. The top three EOS BPs get 1,000 tokens per day. They are elected through a constant voting process and the other BPs who earn enough number of votes can replace the block producers in power at any given time.

Comparison Between EOS and Ethereum

EOS is sometimes referred to as the ‘Ethereum Killer’ due to the fact that it can do things much better than Ethereum. Though both Ethereum and EOS can host Dapps (decentralized applications), the main difference lies in the time taken by each network to process. This is what we call scalability and this is one of the important things to observe to judge the potential of a blockchain. Ethereum can only process 15 transactions per second whereas EOS is planning to increase it to one million. In Ethereum, each container block can carry only 15 transactions.

Ethereum uses a proof-of-work consensus algorithm and EOS uses a delegated proof-of-stake (DPOS) algorithm. DPOS helps create an efficient system and it allows cheap, fast, and environmentally friendly transactions. With DPOS, every transaction can be processed in three seconds. The DAO attack which happened in 2016 where $50 million worth of Ethereum coins were stolen, could have been avoided if Ethereum had used the DPOS algorithm. EOS charges very less transaction fees and uses the EOS cryptocurrency. Ethereum uses the GAS token.

To use an Ethereum blockchain, one needs to pay the transaction fees. The more the number of users, the higher will be the transaction fees. This is because of the architecture of the Ethereum network. People had to pay a transaction fee to use the Ethereum network for which they would rent the Ethereum Virtual Machine (EVM). But in an EOS model, EOS coin holders will have ownership of the network instead of renting computing power. It operates just like any cryptocurrency as it allows to send, receive, or hold funds between wallets. In a few seconds, it allows you to transfer money to anyone in the world for free.

Researcher’s Argument About EOS Not Being a Blockchain

In November 2018, WhiteBlock Inc., the blockchain testing and research company, released a verdict about EOS that it is a distributed homogeneous database and not a blockchain. In their report titled, “EOS: An Architectural, Performance and Economic Analysis,” the company has dissected various aspects of EOS and has thus concluded that it suffers from low network performance and serious security deficiency. In a press release on 2 November, Whiteblock has bluntly stated:

“EOS is not a blockchain, rather a distributed homogeneous database management system, a clear distinction in that their transactions are not cryptographically validated. EOS token and RAM market is essentially a cloud service where the network provides promises for computational resources in a blackbox for users to access via credits. There is no mechanism for accountability due to the lack of transparency on what Block producers are able to create in terms of computational power.”

The EOS network was evaluated based on its transaction output and its response to adverse network conditions, variable transaction rates and sizes, the average completion time of transactions, partition tolerance, and fault tolerance. According to Whiteblock, the actual transaction output recorded by EOS in realistic network conditions is much lower than what was claimed by the marketing materials of EOS, and the network suffers from a basic security problem due to lack of Byzantine Fault Tolerance and repeated consensus failure.

Whiteblock concluded that EOS is only a cloud computing service which is built on a centralized premise. It lacks the fundamental aspect of immutability. Rather than allowing anyone to contribute to powering the network, EOS uses a complicated voting-based DPOS algorithm. It does not have a proper protocol for preventing block producers from colliding. As it does not have the Byzantine Fault Tolerance, it is possible for bad actors to process false transactions.

Researchers note that an EOS network is prone to a Sybil Attack, which refers to bad actors muscling other network contributors out of being able to process transactions and creating fake identities to initiate spam and DDoS (distributed denial-of-service) attacks. For those who are still unconvinced about EOS not being a blockchain, Whiteblock has mentioned that it would livestream the EOS benchmark tests in November. According to the EOS whitepaper, EOS shows that it can perform thousands of transactions per second, but the results were different as the actual performance dropped to as low as 50 transactions per second.

Is EOS a Scam?

A user of the Reddit community, the American social news aggregation, and discussion website, thinks EOS is not a blockchain but a scam and is providing links on the web to many adverse documents against EOS. A few of the reasons he provides for thinking that EOS is a scam are:

What to make out of all these allegations depends purely on you. You can either ignore the allegations or dive deeper to understand blockchain technology and the EOS blockchain. EOS is currently the fifth-largest cryptocurrency in the world, in terms of market capitalization.

Though there are pieces of evidence which suggest that EOS may not be a blockchain and may be a scam, nothing is certain until it is proved outright. Hence, the bottom line is that EOS has the potential to become one of the most important blockchains of the future due to the fast, free, and scalable transactions it offers. It is thus difficult to predict considering the volatility of the blockchain sphere. EOS may even reach the target of one million transactions per second and become a real ‘Ethereum killer.’