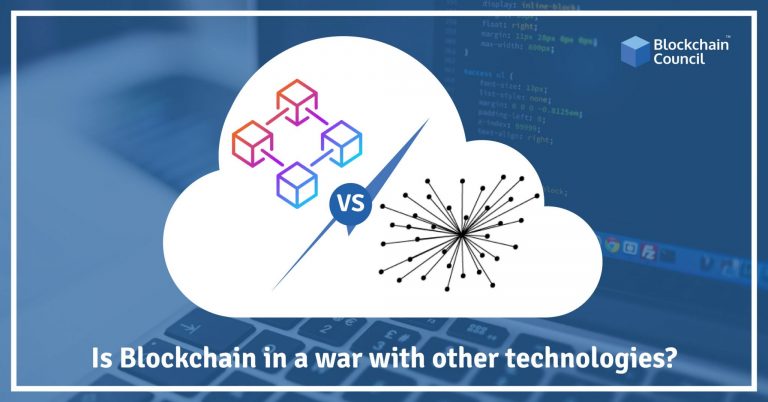 Blockchain, a technology which has garnered the attention globally has expanded from being just the underlying technology for cryptocurrency transaction to be the underpinning technology for myriads of other applications. The rise of this technology can be deciphered from the fact that many big names in the industry like IBM, Microsoft, Amazon, Walmart are researching ways to use blockchain to improve their business operations.

Although it is witnessing applauds from all the directions, we cannot undermine the fact blockchain comes its own sets of controversies. Starting from the missing regulation to its longevity in the future, there are many questions that it needs to answer before becoming the part of mainstream operations.

The objective of this blog is to highlight the importance of blockchain, the opportunities it opens in front of us and also the threat it poses to the current technology.

The biggest concern that we have today is a loss of data or information; since everything in today’s world is digitized and the information is lying open in the World Wide Web, it is highly vulnerable to attack. Another area of concern that we have today is that all the data is centralized which means there is a central repository of information, thus if there is a failure in this system, the other links associated with it, automatically gets affected. Blockchain promises to be a solution to this problem.

Let’s see how blockchain creates a difference. We all know that decentralisation is a key feature of blockchain and is also a key differentiator from other technologies.

If we talk about the current system, the work of the hacker is very easy; all he needs to do is to attack the central system, what if they need to reach out to millions of nodes to get their hand-on data. Here comes blockchain. Since the information in blockchain is decentralized and distributed across the network, it becomes challenging for them to attack, hack and barge into the network.

In case of the blockchain, the hacker needs to attack more than half of the devices which are spread globally; thus their task becomes complicated as compared to attacking a single system today.

Is blockchain in a war with current technologies?

The primary threat which the blockchain poses in the current system is for the banks which make use of the third-party platform. When it comes to the blockchain, it aids peer-to-peer transactions which means that there is no need for a third party interference. The two parties in business seal the deal and sign the contract, however, when it comes to the current system of work, you can see that there are processing fees, verification, approval time, taxes, etc. one can overcome these charges by using blockchain platform.

Apart from this, the leakage of information and data stealing is yet another common problem in the current system, but with blockchain, we can get over this problem. It’s difficult to get into the system, as explained earlier, the hacker needs to hack many systems to enter the network and change any data, and even if they succeed, one can easily trace and track the changes.

It all looks good for now, but when we delve deep into the blockchain, then we have seen cases of systems being hacked, money stolen and network disrupted. Moreover, blockchain is an unregulated system, which lacks government control. Also, the parties remain anonymous in the system; thus, in case of fraud or stealing, it would be difficult to get hold of the culprit.

Thus, we see that blockchain, though poses an excellent system, for now, we have still not seen its practical application. Banks and other companies are working in this area, but it’s still at a budding stage. Moreover, we still have to see how blockchain will perform when it has to handle millions of data. How fast it can process it and how durable will be the system to handle the influx and outflow of data.

Thus, I can say that blockchain is not entirely in a war with other technologies, but yet it is a disruption to the loopholes present in the current technologies.

Blockchain to Break the Power of Web Giants
Scroll to top