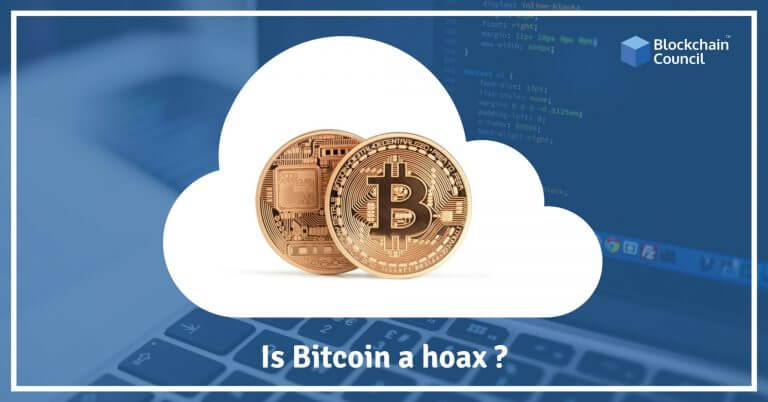 The excitement and hopefulness surrounding Bitcoin and other cryptocurrencies in January 2018 have turned to disappointment and panic as the price of Bitcoin has gone down by over 60%. A Lot of new investors had entered the market and invested in Bitcoin when it was at its peak price at around $20,000. These new investors have seen their investments go down to less than half in the span of the last three months. This has caused a lot of these new investors to question the very authenticity of Bitcoin. Let’s take a look at the biggest historical corrections that Bitcoin has seen and what that means for its legitimacy and long-term appeal.

What is a Hoax?

Wikipedia defines a hoax as, “a falsehood deliberately fabricated to masquerade as the truth, for example, pyramid schemes and ponzi scams.” A pyramid scheme is a business model that recruits members via a promise of payments or services for enrolling others into the scheme, instead of having any actual product or investments. BitConnect is one of the largest cryptocurrency scams that collapsed under its weight in February 2018. According to www.investor.gov, A Ponzi scheme is an investment fraud that pays existing investors with funds collected from new investors. Ponzi scheme organizers often promise to invest your money and generate high returns with little or no risk. But in many Ponzi schemes, the fraudsters do not invest the money. Instead, they use it to pay those who invested earlier and may keep some for themselves. A hoax, therefore, should refer to a pyramid scheme or Ponzi scheme which is deliberately manufactured to benefit its creator and defraud all of the investors.

Bitcoin shares none of its characteristics with schemes like that for the simple reason that it is not a scheme. It is, in fact, a decentralized protocol for establishing trust on the internet. Fundamentally, what Bitcoin achieves is that it prevents anyone from tampering or counterfeiting the transactions on the blockchain. In the 10 years that Bitcoin has been active, it has never been “hacked” and that is a testament to its security. Its power derives from the fact that no single entity controls Bitcoin and therefore cannot manipulate it to benefit itself. The steep fluctuations in price are a result of classic speculative bubbles which have been commonplace throughout history. Essentially, the market decides the price of the Bitcoin, but the price of Bitcoin has no overall effect on the underlying technology behind it.

How To Get Started With Bitcoin Mining?
Scroll to top