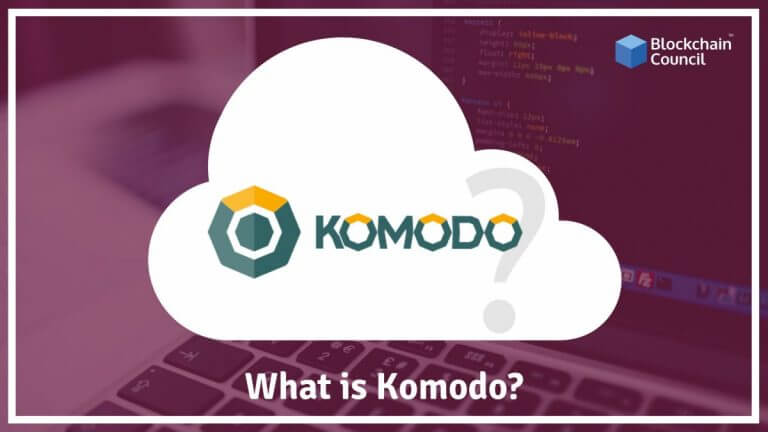 Before I begin to write about it, just want to clarify, the word Komodo has nothing to do with Komodo Dragon (pun intended). However, Komodo draws inspiration from the strength and security that it provides. Here I will be highlighting a new platform Komodo, but before that, it is a privacy coin.

With so many options in the market and the price of Bitcoin risen to around $11,000 it has open new avenues of investment for many but at the same time, it has also led to the confusion amongst the people. More options mean more chaos like which currency to invest, which of the coins are scams and many other questions keeps on popping in mind.  This is the reason, here at Blockchain-Council we bring the in-depth analysis of every cryptocurrency and the latest addition to our series of study is Komodo.

The evolution and revolution of Komodo

To define it in simple words, we can say that Komodo is working as internet money which is available at all time. It enables you to make transactions in an extremely safe and secure environment where every information is kept private.

Komodo is the latest addition to the world of cryptocurrencies. It started off as a privacy coin, but later it evolved into a platform. It combines the anonymity of ZCash along with the security of Bitcoin.

SuerNET forked Komodo platform from ZCash. Th team behind Komodo has also developed individual tolls which work along with Komodo to form a complete ecosystem of advanced functionalities like decentralized trading.

Komodo is known to work on anonymity, i.e., the identity of the user is kept secured. It makes use of zero-knowledge proofs and security through a Delayed Proof of Work (dPoW) protocol to ensure anonymity.

What you should know about Komodo and its latest development –

Komodo was developed with an agenda to revolutionize the cryptocurrency market. It is not only a currency but a platform which supports other apps. To sum, it can be said that Komodo is a one-stop solution. Here are certain things you should know about it.

Well, here are specific jargons that you must know to comprehend Komodo and its benefits. Here I will be elaborating the terms for better understanding-

Total number of coins in the market

How to buy Komodo

You cannot directly buy Komodo from Fiat currency, but you can exchange their coins like Bitcoin, Ethereum, Litecoin in return of Komodo on ShapeShift. The procedure of acquiring Komodo is straightforward:

Komodo wallets that you should know-

The future of Komodo

When it comes to investment in Komodo, then it has given an excellent return to its investors which has made it so famous. Furthermore, the team behind Komodo is continuously trying to improve it which will make Komodo even better.

Komodo is a part of SuperNET project. The company is developing many other plans which will later come together around Komodo platform. These projects will improve not only Komodo but also different cryptocurrency ecosystem.

How Is Bitcoin making people religious?
Scroll to top