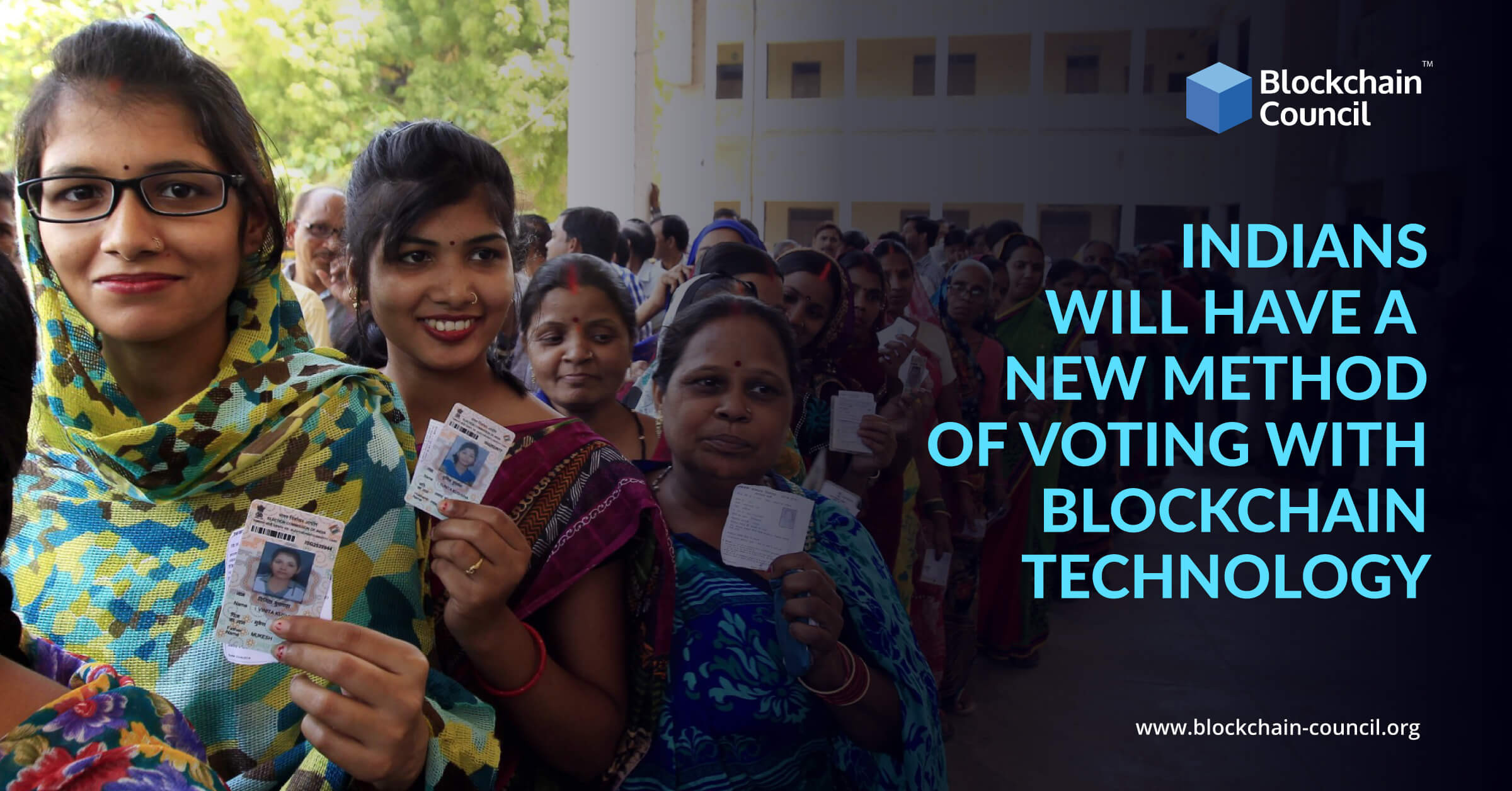 With the emergence of blockchain technology in every field, soon, India’s citizens will be able to cast their votes remotely. According to Election Commissioner, Sunil Arora, with a blockchain voting solution, India hopes to increase voter turnout.  The new system will allow citizens to cast their votes even when they are away from the city of registration. Also, the Commissioner has proposed to link voter IDs with Aadhaar card.

Sunil Arora further elaborated that, “A proposal to link voter IDs with Aadhaar, pending with the Ministry of Law, would be on the agenda during the EC’s February 18 deliberations on electoral reforms with the ministry”.

According to the report, In the 2019 elections, for instance, around 300 million voters did not exercise their franchise, and that’s a third of India’s 900 million voters and the main reason behind this was as most of the citizens were far from their hometowns.  Moreover, According to The Times of India, the country has over 450 million migrants that move for work, education, or marriage, but may only do so temporarily, leading most to not bother with re-registering in a new district.

The Commissioner elaborated, “The EC is working with the Indian Institute of Technology, Chennai, to develop a blockchain system that will allow voters registered in any part of the country to exercise their franchise even after they move cities”.

To address the issue of lost votes, the election conducting body is going to leverage blockchain technology. Arora said while the Electronic Voting Machines(EVM) can “malfunction” like any other electronic device, but they cannot be “tampered” with. Election Commission will also be using IoT(Internet of Things) to eradicate any notion of EVM tampering.

Saying by TOI, CEC also announced, “While EC was open to constructive criticism, people should refrain from criticizing for the “sake of it.”Throwing light on Blockchain in voting by other jurisdictions, in the US, state and local governments have also explored ways to bring voting with this technology. Pierce County in Washington state is using an app called Voatz, allowing citizens to cast votes remotely. The government of Chandler, Arizona, with the help of blockchain technology is empowering citizens to cast their ballots electronically to have their voice heard.

Where Blockchain can be seen as a way forward for voting, many people oppose this digitized idea of voting due to hacking vulnerabilities. As recently reported by Cointelegraph, “the Massachusetts Institute of Technology’s security analysis of Voatz, the self-styled first internet voting application used in United States federal elections, resulted in claims of cybersecurity vulnerabilities.”

According to the researchers, they had found vulnerabilities to alter, stop, or expose a user’s vote, with a side-channel attack in which a completely passive network adversary can potentially recover a user’s secret ballot. Blockchain technology can be seen as a near solution to lost votes. It offers tech-driven online voting that can address the problems related to the traditional polling system and issue beyond misuse. Election Commissioner with IIT Madras will develop a solution with the implementation of blockchain technology to address the problems of 30% lost votes.

To make the election process fraud-proof and to increase voter turnout, blockchain technology will allow voters registered in any part of the world to cast their votes even after their migration to different cities. Arora said he is hopeful about this new blockchain voting system to be put in place during his tenure, which will end in April 2021.

A Guide to Crack the Blockchain Developer Interview
Scroll to top