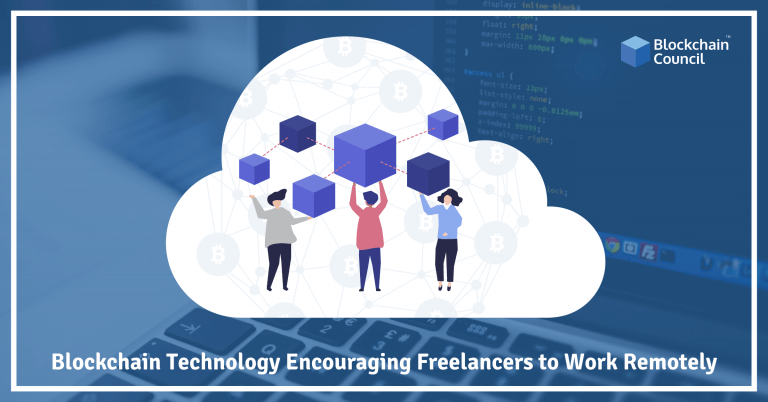 The job market is a constantly evolving arena which adapts quickly to the needs of both the employers and the workers. The last decade has seen a huge rise in the number of freelance workers due to the numerous benefits of the working nomad lifestyle. The advent of the internet made it easier than ever to delegate work to other people located at different places in the world. Now, with blockchain technology, we can make the work experience even more equitable for the workers and employers due to its decentralized smart contracts. Here’s a brief look at how blockchain can improve the freelance work standards.

What is Freelancing and Why is it Gaining Popularity?

Freelance work is different from traditional salary basis jobs for a single employer because it allows the worker to choose their work by the hour, day, project, etc. Freelancers typically make their own hours and seldom have to conform to a fixed schedule which can be very useful for people who have other obligations at home. On the flip side, the employer benefits from not having to provide an office space, health benefits, computers, and other basic services to their freelance employees saving them a lot of operating costs. Some estimates put the value of freelance work across the world at over $1.4 trillion and growing rapidly. If freelance employees keep growing at the present rate, in a decade, freelance workers could surpass the number of full-time employees across the world. The reason for this popularity is clear – workers no longer have to work within fixed hours but can choose the more productive hours for their own work. Many people have responsibilities at home that can easily be managed alongside freelance work from home. Thus, freelance work makes a lot of sense for people who have to take care of kids or family at home or work on their own private business.

Freelance workers could still face some issues with regards to their work as there are few established guidelines for such roles causing a lot of insecurity. Since the workers are not regularly in touch with their employers and vice versa, they can sometimes struggle to get paid. On the flip side, employers may pay the worker for some work and never receive the work. Most of these issues arise from the lack of transparency and trust between both the parties, a problem that can be alleviated by blockchain technology.

How Blockchains Can Help Freelancers?

Blockchains are unbiased, transparent and secure and allow us to enforce digital rules in a decentralized fashion. Employers and freelancers can use blockchains to share assignments, work and even facilitate payments. A smart contract is a computer protocol intended to digitally facilitate, verify, or enforce a contract according to rules decided upon their creation without the need of third parties. All of the parties involved in a smart contract are familiar with the terms of the contract and therefore have the same expectations from the arrangement. The smart contract cannot be modified by a single party and requires consensus among the majority of the players involved in the contract. This ensures fairness for all and allows the work to be streamlined. For instance, consider a scenario where a freelance writer is paid based on the length of their work. A smart contract could be programmed to automate the payment according to a preset formula that pays the writer when the upload their work to the cloud. Not only does this save time for the employer, but it also makes the work more secure for both of them. The writer does not get paid until they submit the work, and the employer does not have to worry about getting scammed.

How Blockchain Technology can help the Venture Capitalists
Scroll to top