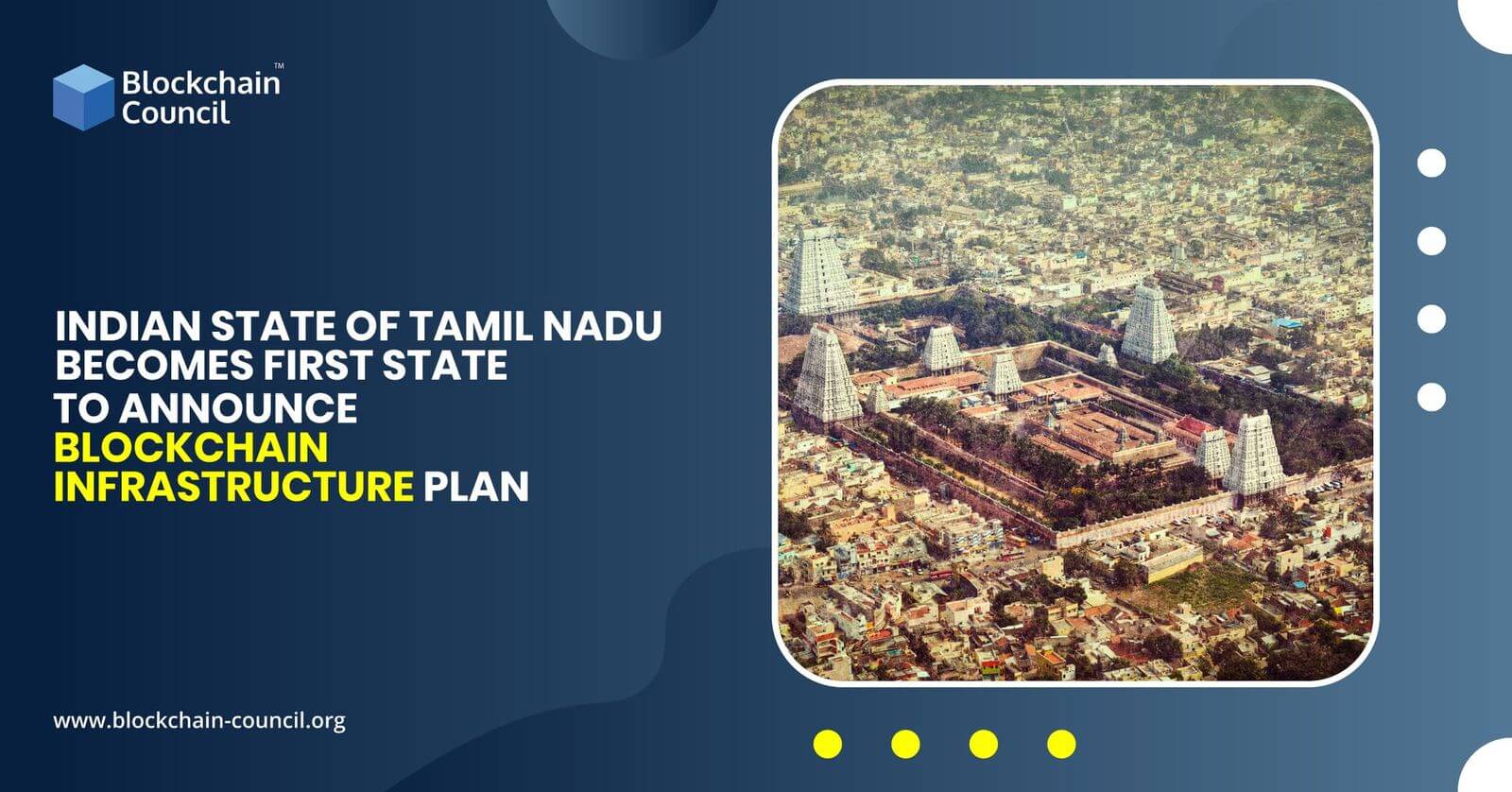 According to the recent announcement, the Indian State of Tamil Nadu becomes the first state to present a Blockchain infrastructure plan. The idea of revealing new infrastructure is to transform the way government services are provided to citizens.

Chief Minister Edapaddi K Palaniswami highlighted Tamil Nadu as a “Destination of Choice” for the IT and IT-enabled services sector and unveiled the Tamil Nadu’s adoption of an ethical blockchain policy.

In order to revolutionize government processes, the state aims to roll out a project to provide Knowledge Proof Identity-based services delivery. The Chief Minister mentioned that the project would be implemented by leveraging the State Family Database (SFDB) and Blockchain Backbone infrastructure.

According to the Chief Minister,

“This pioneering initiative will take the Government to the Citizens, thus eliminating the citizens’ need to request G2C (government to citizen) services.”

Blockchain Infrastructure acts as a single source of fact for all government processes and can also be used to re-imagine governance and to promote blockchain use in the state.

Information Technology secretary Hans Raj Verma believes that these policies are the foundational policies in leveraging AI and Blockchain technology.

During this month, it was announced that Indian IT giant Tech Mahindra is planning to collaborate with Amazon Web Services (AWS) to build Blockchain-based supply chain solutions. It plans to build blockchain solutions for various sectors, including aviation, healthcare, and telecom sectors for global customers.