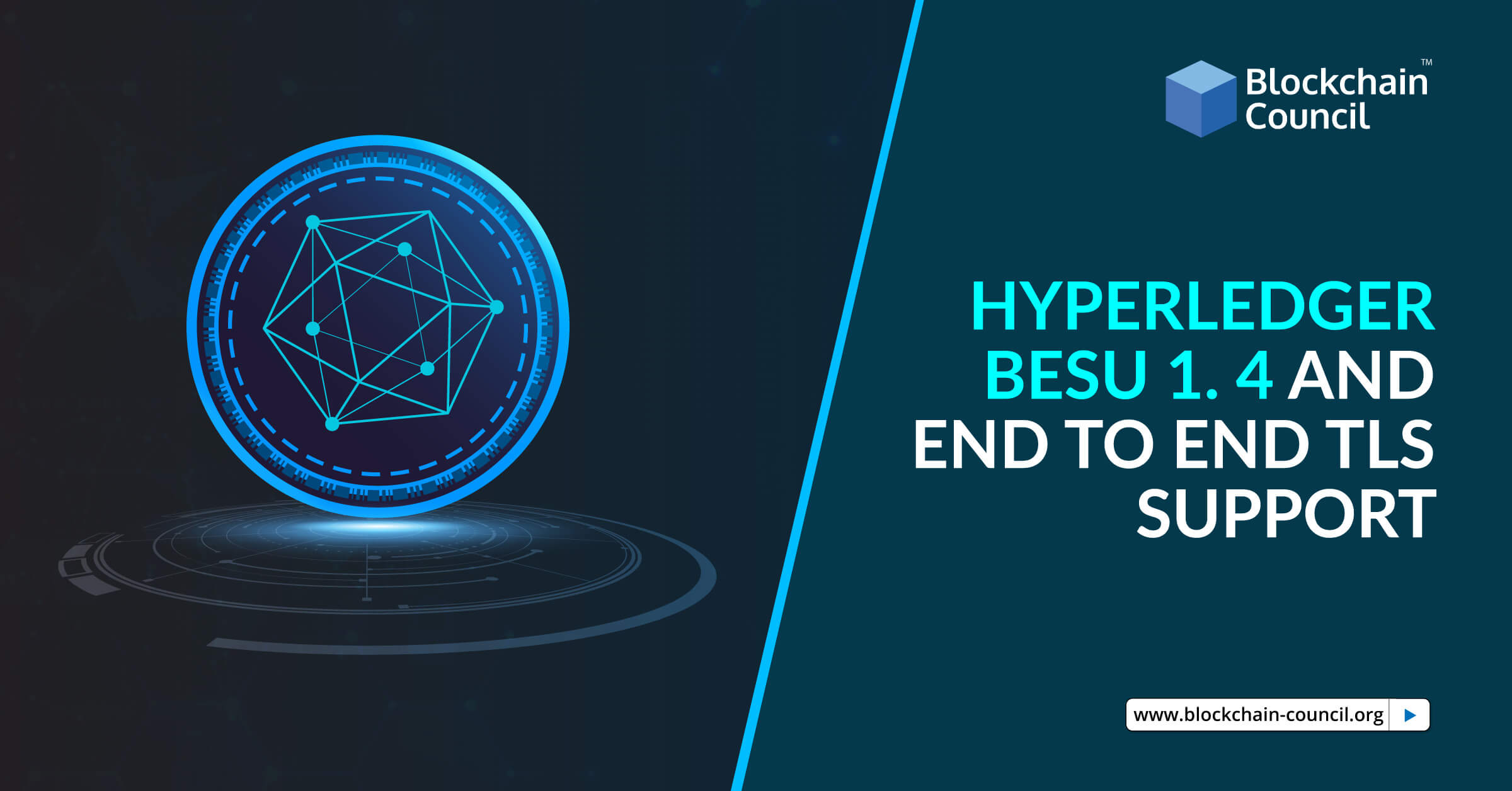 Whether you are a certified hyperledger developer or a beginner, this current topic is for all. The article below illustrates what Hyperledger Besu 1.4, its characteristics, and how it supports the end to end TLS.

It is an open-source Ethereum client developed to be enterprise-friendly, designed under the license of Apache 2.0. It is written in Java that can be run on both the Ethereum public and private permissioned network use cases. Not only this, but it can also run on test networks such as Rinkeby, Gorli, and Ropsten.

In simple words, we can say, Ethereum client is nothing but a node that verifies smart contracts and everything related to blockchain.

It includes several consensus algorithms, including PoW, and PoA (IBFT, IBFT 2.0, Etherhash, and Clique). Its comprehensive permissioning schemes are explicitly designed for use in a consortium environment.

If you are a beginner to Hyperledger, check out the best hyperledger certifications here.

Before we discuss the end to end TLS support, let’s talk about the key features of older versions (v1.2 & V1.3) and new version 1.4.

TLS and Its Importance

TLS stands for transport layer security, which is a security protocol that provides privacy and data integrity over Internet communications, where a primary use case of TLS is encrypting the communication between web applications and servers. However, TLS can also be used to encrypt other connections as well.

Now comes the question, Is TLS crucial for communication?

Of course, TLS is crucial for an end to end communication as it has three main components, such as Encryption, Authentication, and Integrity.

Security and security of the transaction are the crucial requirements for the projects that are moving to production-ready status. But from where this technology comes from? PegaSys offers a secure, robust, and tamper-proof end-to-end solution that one can take into production.

TLS is enabled across Hyperledger Besu, its private transaction manager such as Orion, and EthSigner. Altogether, these applications use TLS between them to make sure that transactions are securely encrypted using exceptional methods and techniques, which ensures data is passed only through authorized entities.

This was all about Hyperledger Besu version 1.4 and end to end TLS. But this is definitely not the end of its advancements. Hyperledger besu version 1.5 is ready to hit the market in July 2020 with its advanced features like beam sync, privacy usability improvements, and with more powerful performance upgrades with the primary goals of improving performance and privacy.

To become a hyperledger expert and know more about hyperledger certifications, check out Blockchain Council.

Role of Cryptocurrency and Blockchain in Changing Entrepreneurship
Scroll to top