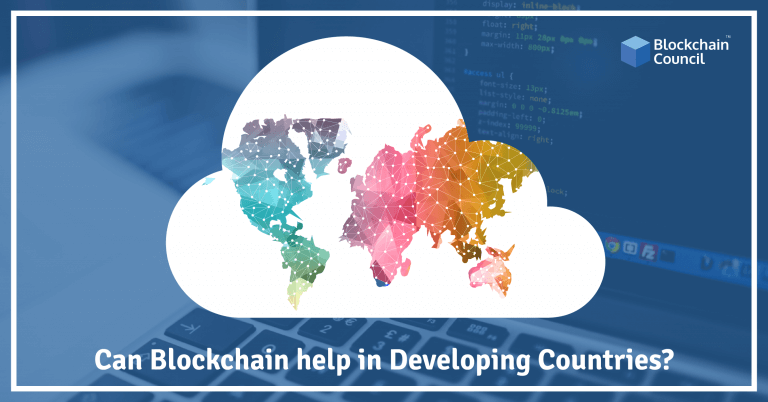 There is no doubt about the fact. Blockchains are here to stay. Blockchains are already allowing us to upgrade the financial services industry by offering fast, trust-less payments between peers. But Blockchains are not only for developed countries. In fact, Blockchains might have even more to contribute to emerging markets. Here’s a look at how developing countries can benefit even more from Blockchain Technology.

Blockchain, the underlying technology behind Bitcoin is a unique new way of reaching consensus in a distributed fashion. At its core, a Blockchain is just a database that runs on millions of devices simultaneously. The vast resource pool of devices securing the network prevents malicious actors from editing the recorded information in any way. This gives Blockchains their most important advantage – being completely tampered resistant. That is to say, information recorded on the Blockchain is permanent. This makes Blockchains a candidate for much more than just payments. Information like Land Titles and other asset certificates could also be stored on blockchains to help make the information tamper-proof.

The last several decades have shown us that the route to economic prosperity in developing countries depends on having financial services accessible to the poorest people in the society. Micro Financing is the provision of small loans to poor entrepreneurs and small businesses who have no access to proper banking services.  The most deprived sections of the developing countries rely heavily on microfinance to increase their economic wealth. Several studies have shown that informal trade also benefits from the influx of funding just like in the formal sector. So it is clear that poor people in developing countries need to be provided avenues to secure small loans where traditional banking systems might not be willing to set up shop.

Blockchains provide a unique opportunity here as setting up Bitcoin wallets does not require the same infrastructure as setting up a new physical bank store. Since Blockchains run on a distributed network, there is no need for expensive branches to open more offices. This saves on costs for banking that are otherwise passed on to customers in the form of fees and transfer charges.

How Can Developing Countries Benefit?

The lack of existing infrastructure in developing countries is, in fact, a good thing when it comes to further development. It allows developing countries to skip a few iterations of technological progress to jump to the most advanced iteration directly. For example, countries like Kenya and Tanzania have almost universal telephone access thanks to 3G networks. These countries did not lay down copper wires and provided internet access directly via the smartphones. In doing so, they saved on the immense costs of laying down copper wires and also were able to provide their citizens with a vastly superior technology standard. This is called Leapfrogging and has been shown to be immensely successful in developing countries in the last few years.

One of the recurring issues in the developing countries is that of Land Grabbing – the rigging of records by those in power to exploit the poor and helpless. It is still very common in remote areas to defraud people out of their land titles by rigging titles. Blockchains could be a beneficial solution here are Blockchains that are built from the ground up to be censorship resistant. There is no doubt that the digitizing of information makes it harder to alter official documents, but it remains a possibility in a centralized system. Blockchain’s offer unprecedented transparency and clubbed with the smart contract functionality offers vastly more security in the regard. Any attempt the modify previously recorded information would be visible to everyone in the network, making it much harder to rig titles and other sensitive information.

6 Categories of Blockchain Use Cases
Scroll to top