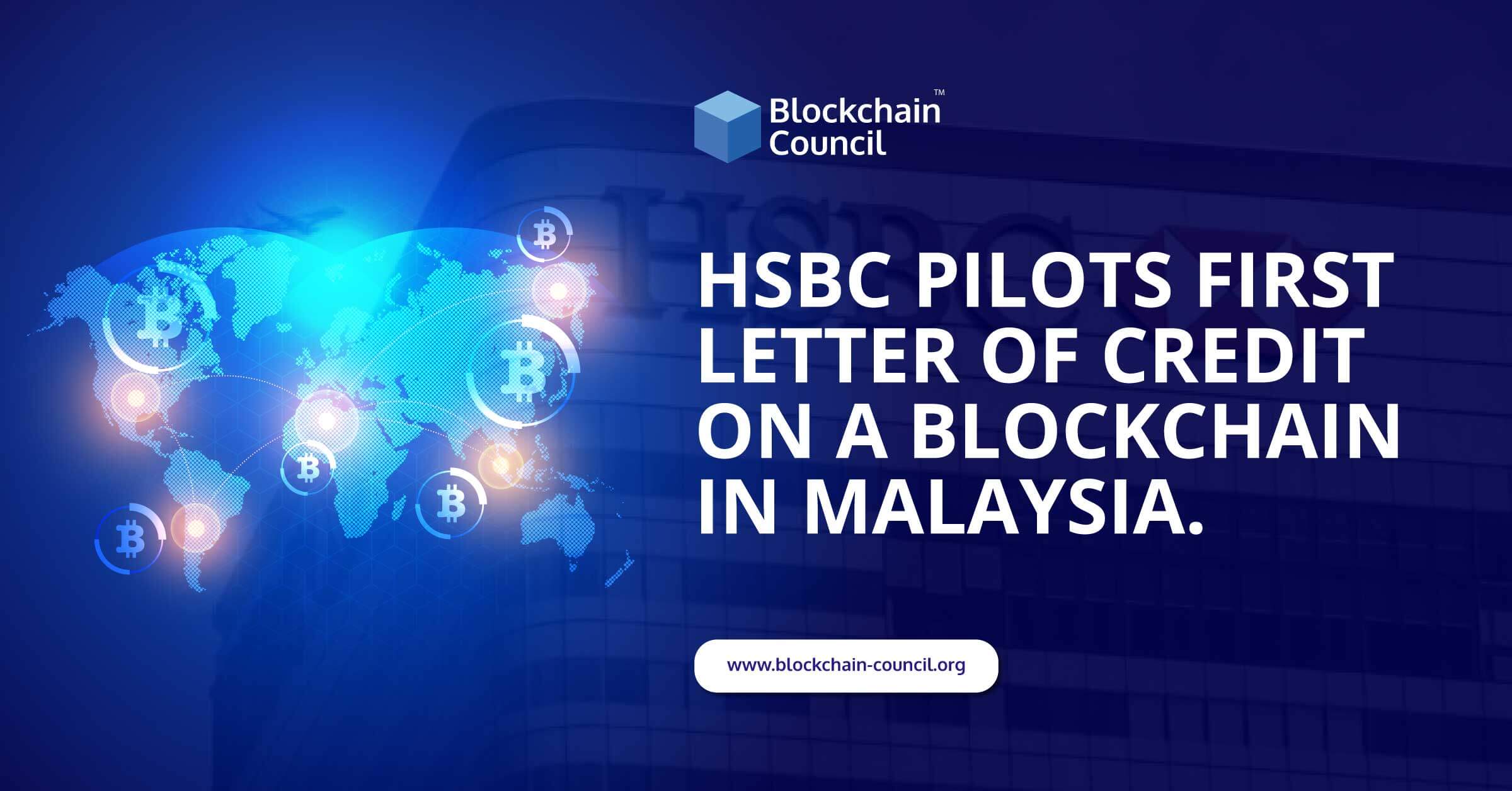 HSBC, the British multinational investment bank, has successfully announced the enactment of a letter of credit on a blockchain in Malaysia. On October 14, Fintech News Malaysia, the English language local Fintech news outlet noted that the letter of credit was issued by HSBC Malaysia and that the nominated bank was HSBC Singapore. Fintech News noted that the transaction involved the packaging firm Simply Packaging, that imported Resin from an unspecified Singaporean Chemicals company.

HSBC is regarded as one of the world’s largest banking and financial services organizations with operations in 65 countries and territories. It serves more than 40 million customers globally through its four global businesses, such as commercial banking, global banking and markets, retail banking and wealth management, and global private banking. They have an unparalleled international network that links developed and emerging markets and spans the fastest-growing and the world’s largest trade corridors. HSBC aims to connect customers to opportunities, enables businesses to thrive and economies to prosper, and ultimately helps people realize their ambitions and fulfill their hopes. HSBC works towards serving the needs of a changing world.

According to news articles, trade between Singapore and Malaysia was estimated to be more than $85 billion last year. The delivery of goods traveling across this trade route was often delayed due to the administrative paperwork. Usually, the exchange and processing of the documents involved took an average of five to ten days, while the pilot managed to cut down the time by 24 hours. In September, HSBC completed the first Yuan-denominated letter of a credit transaction on a blockchain through the Voltron Trade Finance platform. The trade finance platform Voltron was deployed on the R3 Corda blockchain platform.

“We are hoping that we will have something by end of the year, maybe the first quarter of next year, where will we know from Voltron what it costs, at which point, a lot of banks who might be sitting on the sidelines will be able to make a decision.”

What Makes Corda Enterprise Better Than Others?
Scroll to top