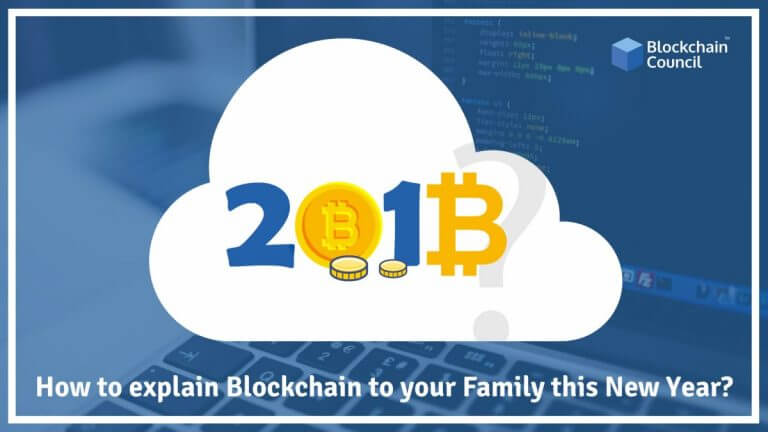 Well, if something that has made headlines this year then it is Blockchain and Bitcoins. Despite its origin in 2009, Blockchain Technology became prevalent in 2017. This technology finds usage in almost every niche you can think about, whether it is retail, healthcare, finance or transportation, every industry is seeing the use of Blockchain to be mandatory. The decentralized feature of blockchain has made it applicable to multiple niches.

Since we are stepping in the year 2018 and year 2017 has come to an end, it is essential that we should take a throwback at some of the crucial developments in this year which will be laying the foundation for an advanced future. I have chosen Blockchain since it has been the most revolutionary change in 2017 and it deserves to be talked about.

The term Blockchain became popular with Bitcoin. Hence, it was initially used only for transactions, but later it found application in different fields.

Presently, most people use an intermediary or medium to make transactions like payment gateways and banks, etc. but, Blockchain curbs the need for the middleman, it allows the consumers and the suppliers to connect directly without the interference of the third party. Cryptography ensures that transactions any exchange in Blockchain are secured. Furthermore, it has a decentralized database which can be seen by everyone in the network.

What is a network in Blockchain?

The network has a chain of computers which approves an exchange before it can be verified and recorded.

If you are not a technology geek and you wish to you’re your family well-versed with this technology, you can simplify and tell then that Blockchain is a decentralized and distributed ledger which records transactions across many computers. Any alteration or change in the ledger can be traced and viewed by all in the network. In simple words, Blockchain is about storing and processing financial transactions, voice records on different computers rather than keeping it all in one place.

Key features of blockchain that you should know?

There are many reasons which make the use of Blockchain inevitable in the future. Since it offered the decentralized feature, you can access the information from any place. Secondly, blockchain curbs the need for middleman which saves the transaction cost.

The features of blockchain are not merely restricted to this; rather, there are many characteristics of blockchain which makes it the NEXT BIG THING :

Many of you might be wondering; why decentralized features make Blockchain so talked about, then there are various benefits derived from it :

Durability and attack resistance: Unlike the other system blockchain doesn’t have a central point; it’s a decentralized system. Thus, it can easily survive the attacks and hacks. The decentralized systems are difficult to attack and hack and are expensive too.

No third party- The best part about blockchain technology is that it doesn’t have a third party involvement thus, reducing the risk.

Higher transaction rate: Transactions through blockchain take place in minutes, it doesn’t involve too much time in verification like the ones in a normal bank transfer.

Distributed ledger- This is yet another popular and remarkable feature of blockchain technology. Since this has everything visible to people in the network, making it easy for people to trace the exchange and records. It further leads to :

It enables tracking the ownership of documents
It can be used as digital asset
Voting rights etc.
Blockchain comes with myriads of benefits, and its multiple features allow it to be used in numerous niches making it a highly versatile technology. This is something that everyone including your parents and neighbors should know.

The blockchain is going to lay the foundation of the future world. If efficiently applied then it is going to change the way the business functions and transactions happen.  These are early days of the blockchain, and we are inevitably going to see some revolutionary changes in this technology, but what can be said is that this is something how that every generation. To know cope up with the changing environment.

What is the Lightning Network?
Scroll to top