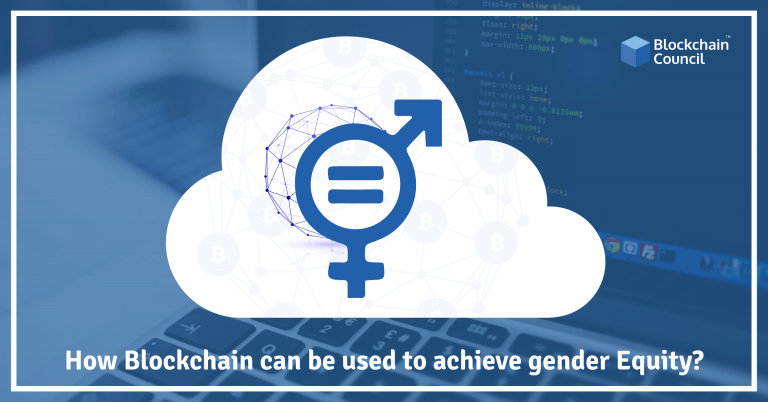 Women’s struggle for equal rights has had a dramatic impact as a result of advances in technology in the last two decades. The advent of the internet has given women a platform to make their voices heard on social media and other websites all over the internet. The women’s voices behind the #MeToo campaign from last year earned their place as the Time’s Person of the Year 2017 as the movement empowered women to come forward and talk about sexual harassment more openly. Just as the internet revolutionised the dissemination of information in the 1990s, the blockchain is poised to disrupt the flow of all kinds of data – from banking to land records and many others. Here’s a look at how blockchains will help achieve gender equality.

Blockchains are simply databases that are maintained by the users of the blockchains as opposed to some third parties who control the databases. Information stored on the blockchain is resistant to any tampering. This is ensured by millions of miners who agree upon the shared ledger in a decentralised way. That means that blockchains provide equal opportunities to everyone in the world to use them without the fear of getting censored or stopped. Totalitarian governments or big corporations cannot prevent anyone’s access to blockchains on a whim and blockchains have already been used to support controversial services like WikiLeaks and others which openly speak about government corruption.

Gender inequality is very closely linked to financial independence. Rural women in developing countries in Asia and Africa lack access to any traditional banking solutions that are commonplace throughout the western world. Women in countries with humanitarian crises are 30 per cent less likely than men to have an individual financial account. Having a safe place to save and store humanitarian cash transfers and remittances is a key strategy for coping with shocks and building resilience. As a result, they are entirely dependent on their husbands to provide for them. This could be a very dangerous situation as it gives an abuser an incredible amount of power over their victim. With blockchain, however, survivors could disintermediate their abusers and use blockchain to provide a secure ID, access to legal contracts, and secure transactions? Perhaps we could eliminate, or at least substantially reduce, financial abuse and help women break free with their credit and economic futures intact.

Additionally, computer science is one of the fields that women have access to work in professionally both in the developed and the developing world. Computer science has the most number of women compared to men out of all the engineering disciplines. This dominance in numbers is likely to transfer onto development in blockchain projects as well. There are several campaigns to use blockchain to further promote Blockchain for Social Impact like the Decade Of Women campaign. The Decade Of Women is an ambitious campaign of action to harness frontier technologies to transform women’s lives worldwide leveraging the power of emerging technologies across blockchain and digital assets to achieve economic engagement and financial independence of all women finally. #WeUniteWe is a pledge to celebrate, unite and exponentiate the progress of both women and men to complete the gender equity revolution and to realise UN Sustainable Development Goal #5 of Gender Equality by 2030. In effect, this means that Blockchain smart contracts will be used to target donor resources directly to women and the private key will be used as the identity for women. Blockchain decentralised token communities will allow large groups of like-minded people to connect and allow members to determine causes worth supporting and to what extent they can help. Together, all these initiatives would help further the cause of gender equality, especially in developing countries.