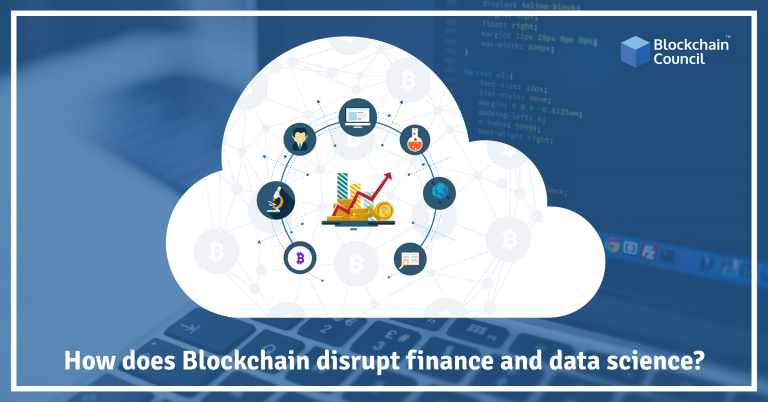 Blockchain is one of the top emerging technologies which has revolutionized several industries and is radically transforming how businesses and organizations function. Simply put, blockchain is a decentralized ledger which enables trust, security, and transparency of data. Economic transactions are recorded in such a way that they cannot be manipulated. Developers and tech enthusiasts have long before realized the capabilities of this technology and have not missed out on even the tiniest of opportunities to utilize its potential.

Let us first understand the concept of blockchain.

A blockchain consists of a growing list of records known as blocks. These blocks are linked with each other using cryptography. Each block contains transaction data (usually represented in the form of a Merkle Tree) and a timestamp (a cryptographic hash of the previous block). A blockchain is designed in such a way that it is resistant to modification of data. It is an open, distributed ledger which can record transactions between two parties in a permanent and verifiable manner. It holds an immutable (tamper-proof) records of data which is managed by a cluster of computers which are not owned by any single entity.

We will now delve deeper to know how blockchain disrupts the fields of Finance and Data Science.

Thanks to blockchain, the future of the finance ecosystem will look very different from now.

Though blockchain has a significant impact on virtually every aspect of the financial system, there are some most disruptive use cases which are currently transforming the global financial system for the better.

Some of the popular use cases are:

Trade finance activities usually involve a lot of paperwork such as invoices, letters of credit, etc. Each and every participant in the trade chain is required to maintain their database for transaction-related documents which must be continuously reconciled against each other. Blockchain-based trade finance helps streamline the entire trading process by eliminating the time-consuming paperwork. Several copies of the same document need not be maintained as all the information can be integrated into a single digital document. The system is updated in real-time and it can be accessed by all network members.

Each new service provider is required to undergo digital identity verification, which involves steps such as authentication, face-to-face checking, authorization, etc. With blockchain, identity verification can be securely reused for other services. Users can choose the people with whom they want to share their identity and the way in which they would like to identify themselves. Though they would still need to register their identity on the blockchain, it is not necessary to repeat the registration for each service provider if they are also powered by blockchain.

A smart contract is a self-executing contract which contains the terms of the agreement between the buyer and seller. It is powered by blockchain technology. Bank functions such as payments, deposits, treasury, investment advice, and remittances will be disrupted by using these contracts. Using smart contracts, business processes can be operated and automated in a decentralized fashion. This enables shared rules of engagement and conduct.

Even today, there are a lot of institutions which are outdated due to the use of inefficient databases and reporting systems. Distributed ledger technology revolutionizes the way in which financial data is recorded and exchanged within the bank, between banks, and between banks and corporates. Interweaving blockchain into a bank’s daily operations makes the operations secure, transparent, and immutable.

Blockchain can also be used for buying and selling stocks and shares. Share trading is a time-consuming process as it involves many third parties such as exchanges, brokers, and counterparty clearing houses (CCP). Blockchain technology removes the need for intermediaries. It enables trading to be run on computers all over the globe. Blockchain helps speed up the settlement process and offers greater trade accuracy. Trading transactions using blockchain increases accuracy and reduces redundancy of information.

Blockchain can be used to analyze behaviors, trends, and to predict future outcomes. Blockchain provides structured data. In predictive analysis, data scientists depend on large sets of data to determine dynamic prices, customer preferences, and customer lifetime value. The distributed nature of blockchain and the huge computational power it offers helps data scientists even in smaller organizations to undertake the predictive analysis.

Data obtained from data studies can be stored inside a blockchain network. This way, project teams will not commit the mistake of repeating data analysis, which has already been conducted by other teams or wrongfully uses data that has already been used. Data scientists can monetize their work by trading analysis outcomes which are stored on the blockchain platform.

Data which is recorded over a blockchain are trustworthy as they go through a verification process which ensures quality. For example, PC giant Lenovo used blockchain technology to detect fraudulent forms and documents. It used blockchain to validate physical documents which were encoded with digital signatures. These signatures are processed by computers and the authenticity of the documents is verified through blockchain records.

Blockchain, believed to be the brainchild of Satoshi Nakamoto, is an undeniable, ingenious invention It has created the backbone of a new type of internet by allowing digital information to be distributed but not copied. Considering the advantages and opportunities it offers, it would not be too much to believe that blockchain technology will fundamentally change the way in which businesses are carried out in all industries across the world.