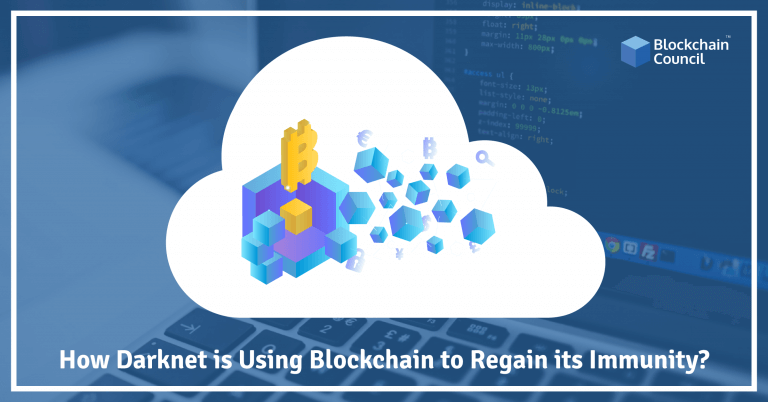 The darknet or deep web has a lot of misinformation about it spreading throughout the media in part due to alarmist pseudo-documentaries and fear-mongering from certain Youtubers. Opponents of darknet claim that it is a hub of illegal and corrupt activities such as money laundering, and trading of drugs, guns and even child pornography. While those claims may have some truth to them, detractors often fail to highlight the number of benefits of the deep web. In oppressive regimes where whistleblowers are severely punished for criticising the government, the darknet can be an open platform that allows persecuted people to have a voice without the fear of retaliation. Wikileaks is one such example of using the untraceable web for the dissemination of free information about the powers. The invention of blockchain technology brought about a revolution in the world of the dark web because of its decentralised nature. Now as cryptocurrencies are gaining worldwide recognition, blockchain are helping the dark web get back on its feet.

How Does the Dark WebWork?

Darknet remains mostly hidden from the public eye because of the advanced methods of encryption that it employs such as The Onion Routing protocol used by the TOR browser. Usually, TOR is enough by itself to access the deep web; however, people who prefer an additional layer of anonymity on the web can use a Virtual Private Network (VPN) to hide all of their web activity from their Internet Service Provider (ISP). The basic idea behind Onion Routing is quite simple: the message is stripped off its sender information when it enters the TOR network and bounces around a few relay nodes before being delivered to its destination. All of the intermediate nodes are oblivious to the sender and receiver of the message and only know the next hop for the packet. This gives Onion Routing a very high degree of anonymity that is near impossible to crack.

In a world where governments do more than ever to spy on their citizens, the darknet is a necessary evil that gives dissidents a voice to raise questions against their tormentors and provides a place for like-minded individuals to organise. The dark web allows individuals to use the internet without the fear of being tracked online by governments and for-profit corporations. It gives people the right to privacy and the ability to protect their private data to be shared without their consent. That is why a lot of universities support the TOR network by running TOR relay nodes.

It’s important to note how similar the architecture of Onion Routing is to a blockchain. They are both decentralised networks that help individuals transact with other individuals anonymously over the web. Being decentralised, they are resistant to outside influences such as powerful governments or businesses looking to disrupt the natural flow of information and trying to spread misinformation and propaganda. When Bitcoin first emerged on the global internet, it heralded a new age for online privacy and anonymity as people could for the first time exchange value over the internet without having to rely on centralised banks or governments. It led to the creation of the darknet market Silk Road which was used for some illegal activities such as trading of goods such as marijuana and banned books, and if some reports are to be believed, even hitmen can be hired. However, due to the transparency of the Bitcoin ledger and poor security choices made by the site’s creator, the website was finally taken down by law enforcement in October 2013. Since then, some copycats have emerged on the scene, but none have been able to reach the extent of the Silk Road.

That may finally be changing now due to the emergence of a new crop of privacy-focused cryptocurrencies such as Monero and Zcash. They both used different technologies to offer complete anonymity while ensuring security while making transactions. Monero relies on ring signatures and other methods of blockchain obfuscation to guarantee anonymity while Zcash uses Zero-Knowledge Proofs called zk-SNARKS. Additionally, fully open source and decentralised marketplaces such as OpenBazaar are also emerging that can provide an alternative to the relatively closed darknet markets such as Silk Road and its successors. OpenBazaar is a fully decentralised marketplace which uses cryptocurrency as a medium of exchange making it very resistant to being shut down or captured. Therefore, the rise of privacy-focused blockchains and decentralised marketplaces have given the dark web another fighting chance against the tyrannical power structure which aims to undermine dissenters.

Zebpay to Halt its trading services in India
Scroll to top