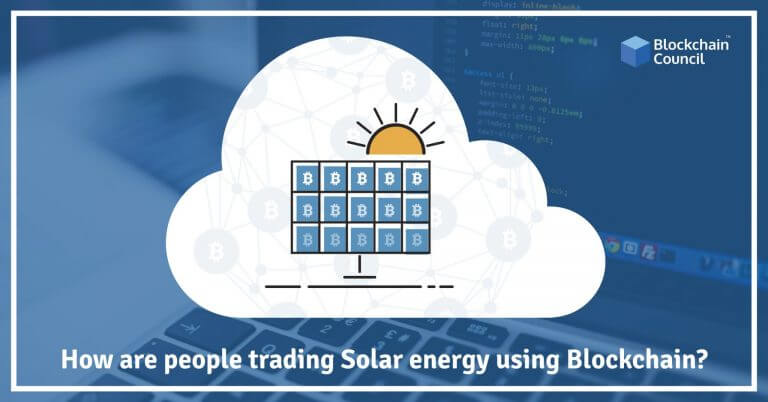 The vast majority of energy generated around the world comes from coal or other fossil fuel-based power plants. Consequently, most of us get very little choice in picking the energy providers for our households. This is problematic as we begin to see climate change emerge as a real problem and the depletion of non-renewable resources. The team behind Power Ledger has a radical new way to look at the issue of energy generation and distribution by making peer to peer exchanges on a blockchain. Let’s take a look at how their model will work in practice.

In a typical municipality, all the houses are connected and to some power sources on what’s called the grid. A number of different power companies can power a grid. To keep track of every house’s energy consumption, each household is fitted with a meter. The power companies then send a person to take the measure of the meter every month to calculate a household’s monthly electricity bill that is owed to the particular power company that powers the house. In this model, the homeowners have little to say in where to buy electricity or how much they get charged and cannot choose to opt for cleaner sources of energy.

The Power Ledger team wants to completely eliminate the middleman in this transaction so that people could buy electricity directly from their neighbors. For instance, if my neighbor has a lot of solar panels installed on their property, I could buy electricity from them instead of a power company. The best part is that rates are determined by the seller and the buyer free from any external forces. This allows sellers to sell their excess electricity at a discount to friends and family if they choose to do so. Power Ledger’s founder, Dr. Jemma Green developed the idea once she saw people in Perth wire up some apartments so that they could trade electricity among themselves. She realized that people did not need to rewire their apartments as it was already done as part of the original municipality grid.

Power Ledger’s operating model is unique because it consists of both Ethereum, a public blockchain and Ecochain,  a private blockchain. Power Ledger’s electricity credit system relies on two different tokens – the POWR token and the Sparkz token. POWR tokens have a maximum supply of 1,000,000,000 POWR whereas Sparkz tokens are created and destroyed on a need basis. POWR tokens retain the same value internationally, whereas Sparkz tokens are relative to the local fiat currency of the region. For instance in Australia, the POWR token sells at its international price of about $0.09 currently while Sparkz is sold for 1 Australian dollar. POWR tokens are converted into Sparkz to buy or sell electricity, while Sparkz tokens aren’t tradable on an exchange. This is done to compensate for the massive difference in energy prices in multiple parts of the world. Sparkz is generated from POWR tokens and is solely utilized within the Power Ledger platform. Both are buying and selling energy on the platform occurs using the Sparkz currency. Power Ledger was able to secure a banking partnership in 2017, enabling fiat conversion with Sparkz.

Sellers (Application Hosts) on the Power Ledger platform need POWR tokens in order to participate on the network to sell electricity. When a seller wants to sell electricity, they need to trade POWR and put into escrow via an Ethereum Smart Bond exchange. Sellers receive Sparkz tokens for the POWR tokens that they put in escrow. These Sparkz tokens would then be used to facilitate energy buying/selling between sellers and buyers. Sellers need to have enough POWR tokens to generate enough Sparkz to satisfy transaction demands. Sellers can trade electricity (kWh) for Sparkz token from consumers. After a seller returns Sparkz to the platform, the Ethereum Smart Bond is unlocked. Then, previously escrowed POWR is returned to the application host.