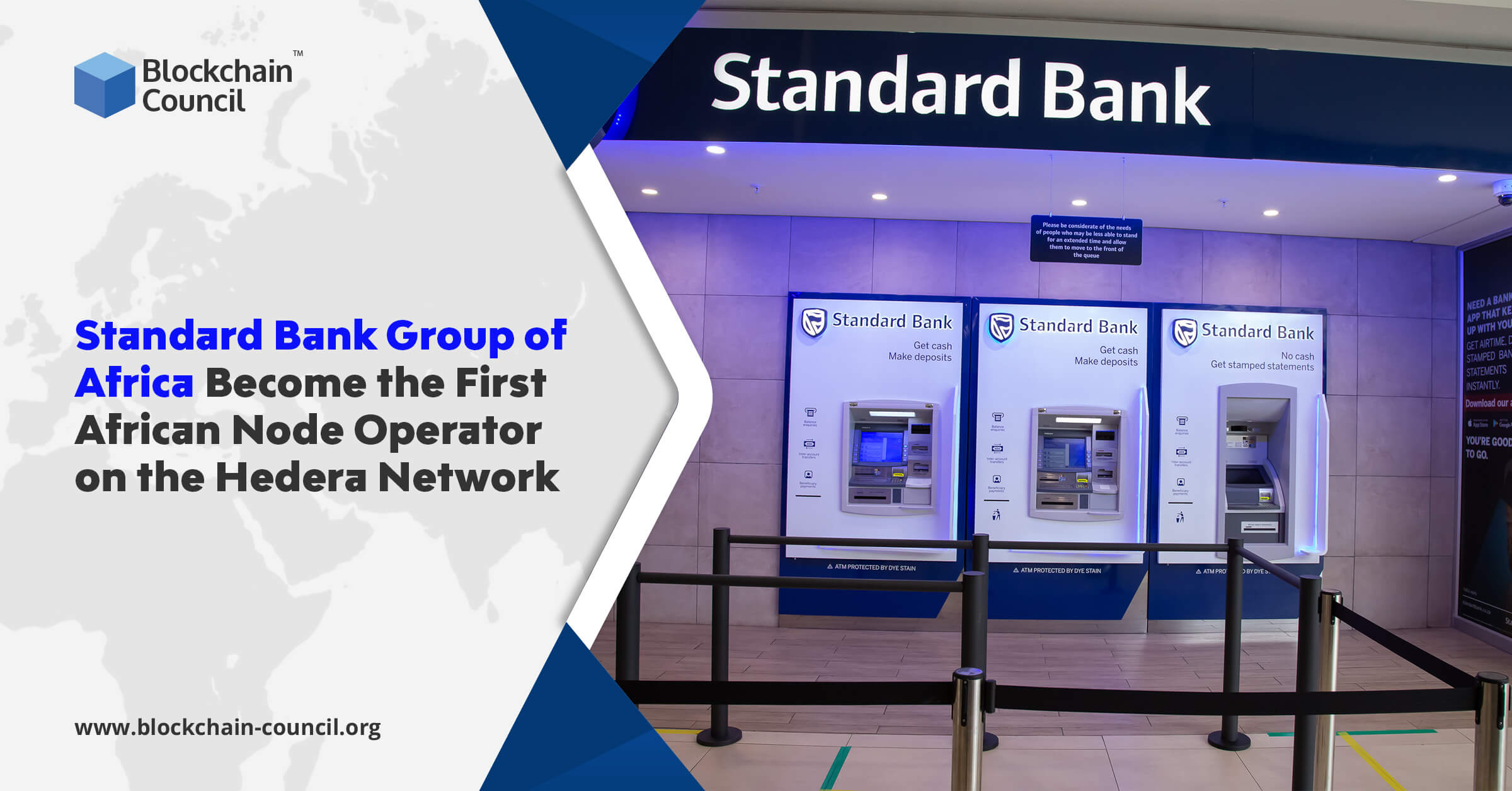 According to the latest announcement, Africa’s largest bank, Standard Bank Group, has collaborated with the decentralized public network Hedera Hashgraph.

The report notes that the African bank will also become a Hedera node operator to utilize distributed ledger technology (DLT) to ease bottleneck issues in cross-border trading in Africa.

Hedera’s official website describes itself as the trust layer of the internet. It is a decentralized public network aimed at making the digital environment just like it should be yours. Hedera goes ahead with Blockchain for developers to create the next age of fast and secure applications. It is owned and governed by the world’s leading organizations, including Google, IBM, LG, Wipro etc. Last year in February 2020, an announcement was made stating that Google is joining the Hedera Hashgraph Governing Council as a member and node maintainer to host parts of its ledger.

Ian Putter, head of DLT and Blockchain at Standard Bank Group, expressed his views regarding its partnership with Hedera. According to him, Hedera’s partnership is part of the bank’s focus on the use of DLT to develop and facilitate cross-border trade in the Africa region.

He further mentioned that Standard Bank Group views DLT as a feasible solution for promoting cross-border trading and also for connecting Africa to partners in major markets such as China. Putter highlighted that his key focus is to continue exploring and experimenting with DLT through partnerships and leveraging existing solutions to advance implementation and scaling.

According to the CEO of Hadera, Mance Harmon, Africa is poised to play a major leading role in the field of DLT. He stated that “We see a desire for African businesses to incorporate Blockchain and DLT to satisfy the changing demands of their customers with utilities such as M-Pesa that is now commonly used.”

He further explained that apart from the financial services, organizations have a strong interest in leveraging DLT for use cases in various domains such as healthcare, energy management, identity, and supply chains.