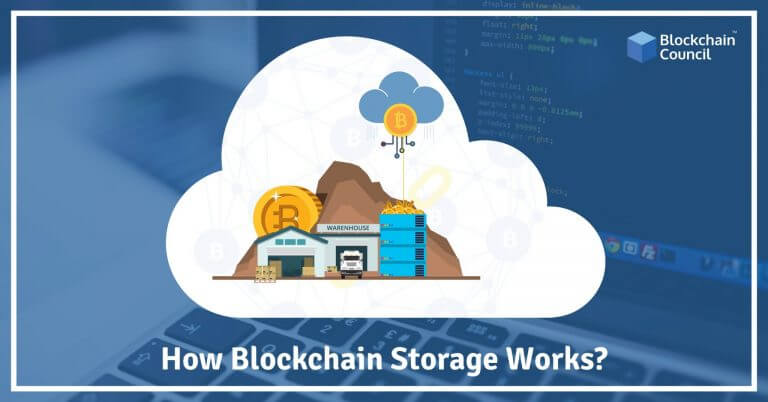 Cloud storage infrastructure is the backbone of the modern internet as it houses massive quantities of data, everything from confidential enterprise information to social media databases such as those used by Facebook and Youtube. As of 2018, the global cloud storage industry is estimated to be worth USD 35 billion and is expected to exceed USD 100 billion by the year 2022 at a Compound Annual Growth Rate (CAGR) of about 20% in the same timeframe. Emerging technologies such as the  Internet of Things and hybrid cloud storage are going to be among the biggest drivers of growth in this area. But traditional cloud storage offered by companies like Amazon and Google suffers from a number of challenges that blockchain based cloud storage can eliminate. So here’s a look at the basics of blockchain storage and the leading projects that are operating in this space.

There are a number of issues when it comes to using a centralized cloud storage data centers for storing sensitive information like compromised performance, availability and scalability issues. In particular, centralized data stores are vulnerable because they act as single points of failure. Centralized cloud storage providers ensure against the loss of data by making several copies of the same data and storing them in different data centers. Duplicating the vast quantities of data results in massive amounts of redundancy and as a result makes centralized data storage significantly more expensive. Another factor that makes cloud storage more expensive is the fact that it requires enterprise-grade hardware to create data centers. Blockchain-based file storage can cut down up to 90% of the cost of storing files over a distributed network compared to traditional cloud storage by utilizing the empty hard disk space of users across the world.

How Blockchain Can Revolutionize Cloud Storage

Blockchain can enable us to create radically new forms of storing data on the cloud which would solve all of the problems discussed above. This new mechanism for storing data on a decentralized network makes use of the unused space on people’s devices across the world to store files. Two of the biggest blockchain projects involved in blockchain based cloud storage are the Sia Network and Filecoin. They work by encrypting and distributing the files across a decentralized network. This way security is enhanced because no central authority has access to the keys needed to decrypt the files. Private keys are controlled by the users so no third party can access the files on the network. Redundancy is maintained by copying the bits of data to several devices on the network and this results in massive cost saving. For instance, Sia’s decentralized cloud storage costs up to 90% less than leading cloud storage providers like Amazon and Dropbox. Particularly, 1 TB stored on the Sia Network costs about $2 per month, compared to a whopping $23 on Amazon S3!

The major hurdle that projects like Sia and Filecoin need to overcome is that of scalability. Sia network has 3.4 Petabytes of storage available on its network of 368 hosts currently. To take on enterprise-grade clients, Sia would need to significantly increase its total network capacity and throughput. The wonderful thing about Sia is that it allows users to decide prices by creating a marketplace for storage where hosts bid their unused storage. When a user wants to store their data on the Sia network, they find a host based on their prices and reputations. After uploading the file to the network, the host starts receiving payments in SiaCoin for the agreed upon amount. It helps the user save significantly on their costs for cloud storage, and the host makes use of their unoccupied space. At the same time, this arrangement is more secure and reliable than traditional cloud storage platforms. So if Sia and Filecoin can overcome scalability issues, blockchain cloud storage could give Amazon S3 a run for its money.