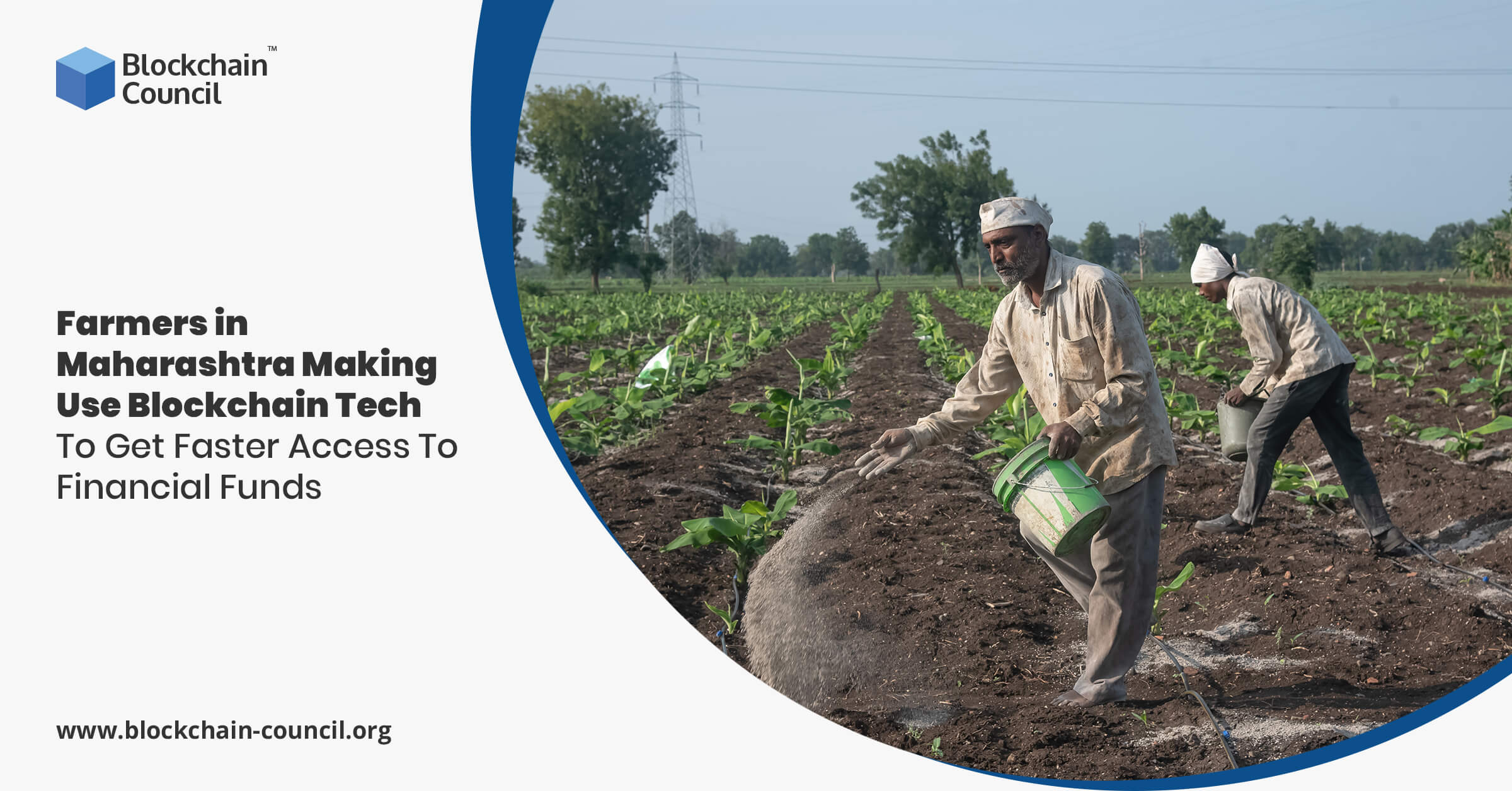 The Maharashtra State Warehousing Corporation or better known as the MSWC had undertaken a pilot project which was based on the use of blockchain technology that resulted in the farmers benefiting from being able to access their commodity funds a lot faster than they previously used to. This season, there are discussions going on to upscale the project for broader usability.

Blockchain is a decentralised ledger technology that can store data across different servers in the same network and in a completely decentralised manner. This data can be viewed almost in real time by any person who has access to the particular community on that blockchain. Currently, the system in Maharashtra is as such that if the farmers need to access their loans against the commodities they want to keep as collaterals, it usually takes around seven days for the loans to get approval from the government. But experts have suggested that by using the technology of blockchain in this space, they can actually reduce this span of getting approval to a minimum of 24 hours.

Commodity finance are basically loans that are given out to the farmers who require them, in exchange for their agricultural produce. Accredited warehouses give out warehouse receipts to the farmers for using the warehouses in order to store their produce. The farmers need to produce these warehouse receipts if they are willing to avail a loan. The whole concept is aimed at making sure that the poor farmers can get better prices for the labour of their produce instead of selling their hard produce in exchange for distress sales at bare minimum prices.

Deepak Taware who is a senior Bureaucrat and also the head of the Maharashtra State Warehousing Corporation or the MSWC, mentioned that the concept of producing warehouse receipts has been promoted and supported by both the state and the Central Government. He stated that during the initial period of the harvest season, most of the farmers are generally in dire need of money and in case of emergencies, they usually sell out their produce in exchange for really less sum of money. He mentioned that the prices for the produce keep going down because the supply exceeds the demand in the market. He is of the opinion that if the farmers can stagger their sales instead of selling off their entire produce in one instance alone, then they would actually be able to make some profit that way. The use of warehouse receipts acn actually help these farmers in that direction.

However, according to the experts the entire procedure of commodity finance is extremely convoluted and on top of that, really time consuming. The receipts are generated only after the farmers bring their produce to the warehouses. The farmers then have to take the physical copy of the receipts to the bank, where the officials will be issuing the loans only after they have verified and checked the stock. But unfortunately, this entire process takes around an estimated seven to fifteen days, which actually defeats the whole purpose of this entire initiative, and that is exactly the reason why they are thinking of implementing blockchain technology because it would drastically improve the time span.

In order to implement this scheme, the MSWC has forged a special agreement with the MSC or the Maharashtra State Cooperative Bank. They are using a technology developed by a startup named WHRRL Technologies, MSWC has been able to link around 203 warehouses and now they can issue these warehouse receipts almost immediately. This incredible platform can also be accessed by the Cooperative Bank and the whole process of transaction can be completed within a given time frame of only 24 hours. As a result, the banks can find out in real time when these receipts are issued by the warehouses and immediately inform the farmers to upsell their scheme of commodity finance.

According to the reports, more than 185 farmers were able to participate in this pilot initiative by the government during the fiscal year of 2020-21 and the total amount of loan that has been given out till now stands at an estimated Rs. 3.63 crore. During the present fiscal, it has been reported that around 423 farmers have already availed the warehouse receipts and a total of around Rs. 9.75crore has been given out as loan till now.

Finishing thoughts: Want to build your own Cryptocurrency based projects?

Learning Blockchain is easy now, all thanks to reputed online courses and training sessions. Blockchain Council is one such organization that offers online training and certification programs to aspiring trainees to render them desired competencies so that they have a successful career in the Blockchain space. Keeping the rising demands of blockchain professionals in mind, Blockchain Council certifications are diversified to meet each aspirant’s discrete needs. They have a host of training and courses on Blokchain that provide world-class knowledge and support.