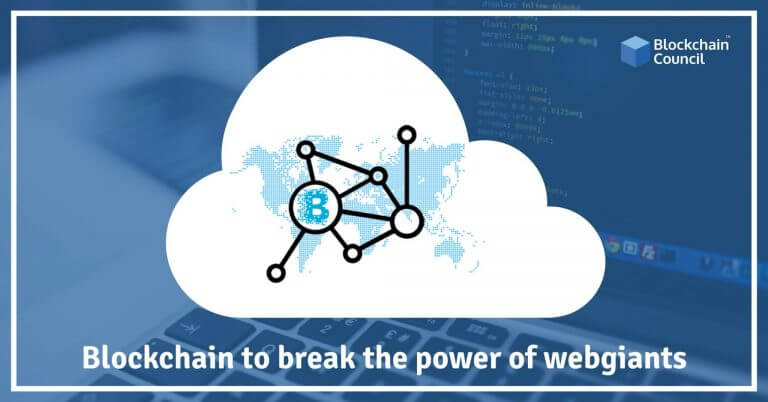 The last 20 years have seen internet giants like Google, Amazon, and Facebook emerge as the world’s most valuable companies. Internet use has penetrated every part of the planet. In fact, all of the top 5 most valuable companies by market capitalization are internet companies: Apple, Amazon, Google, Microsoft, and Facebook. With market capitalizations in the order of hundreds of billions, these companies have amassed a disproportionate level of influence of the internet activity of users in the entire world. Let’s take a look at how these companies use their resources to control the internet and how blockchains can help users take back control of their personal information.

Ad-Driven Business Model of the Web

The tech giants of today figured out early on in their life that their users were not willing to pay for services like social media and search engine directly. As a result, they decided that the way to monetize their platforms was to show targeted ads to the users based on their browsing patterns. In fact, this model became so prevalent that in 2017 about 87% of Google’s gross income was generated from advertising, in the form of Google Search, YouTube Ads, or AdSense. Online advertising has become a huge industry, and according to a recent study by Forrester, it is expected to cross the 500 billion dollar mark by 2021. The growing popularity of online advertising is leading to new ways of encroaching upon people’s personal information by tracking every click and scroll that a user does on a website. Amazon and other tech giants track their users on their websites and use the information gleaned to show them targeted ads on other websites. For instance, if a user searches for a pair of jeans on Amazon, they get tagged as such. Amazon sells this information to the highest bidder who wants to show the user targeted ads for the jeans which they have searched.

In 2016, AdSense accounted for about 25% of Google’s overall revenue because of the large commissions it charges advertisers. AdSense charges between 30-50% of the cost of displaying the ad for handling the backend and finding targeted users. Google can charge so much for displaying ads because they have a huge superiority in the search engine market. From the billions of search queries from users across the globe, Google is able to learn insights about browsing patterns which translates to very effective ad placements. In a similar vein, Facebook’s value resides mostly with its 2 billion people strong user base. People access Facebook mostly to learn about their friends and family. By Metcalfe’s Law, the value of any communication network is directly proportional to the square of the number of connected nodes. So, while the primary source of profit for Facebook is its user base, the users get no monetary benefits from using the platform.

Blockchains have enabled users to be identified in a decentralized manner using private keys. This allows some interesting applications to include and harness the power of smart contracts to automate payments based on participation in social media platforms. Steemit is the leading blockchain based social media platform that is looking to disrupt Facebook and Google by giving users full control over their private information. Steemit works similarly to Reddit and Facebook wherein users can submit their content from other websites and engage in conversations with other users using upvotes and downvotes. The unique thing about Steemit is that users get paid in cryptocurrency based on how popular their posts become.

Google’s lead in the online advertising market comes from the fact that it tracks its profusely and has a near monopoly in the search engine business. The Brave platform is looking to disrupt the online advertising business by allowing users to get paid for viewing advertisements. All of the bookkeeping required to keep track of viewership, and it is handled from within the browser, so the system is entirely decentralized and with the help of smart contracts the payments can simply be processed. Due to the immense potential of the online advertising industry, BAT has a lot of promise and has attracted some high profile investors.

Can Blockchain Build Balance to the Work Industry?
Scroll to top